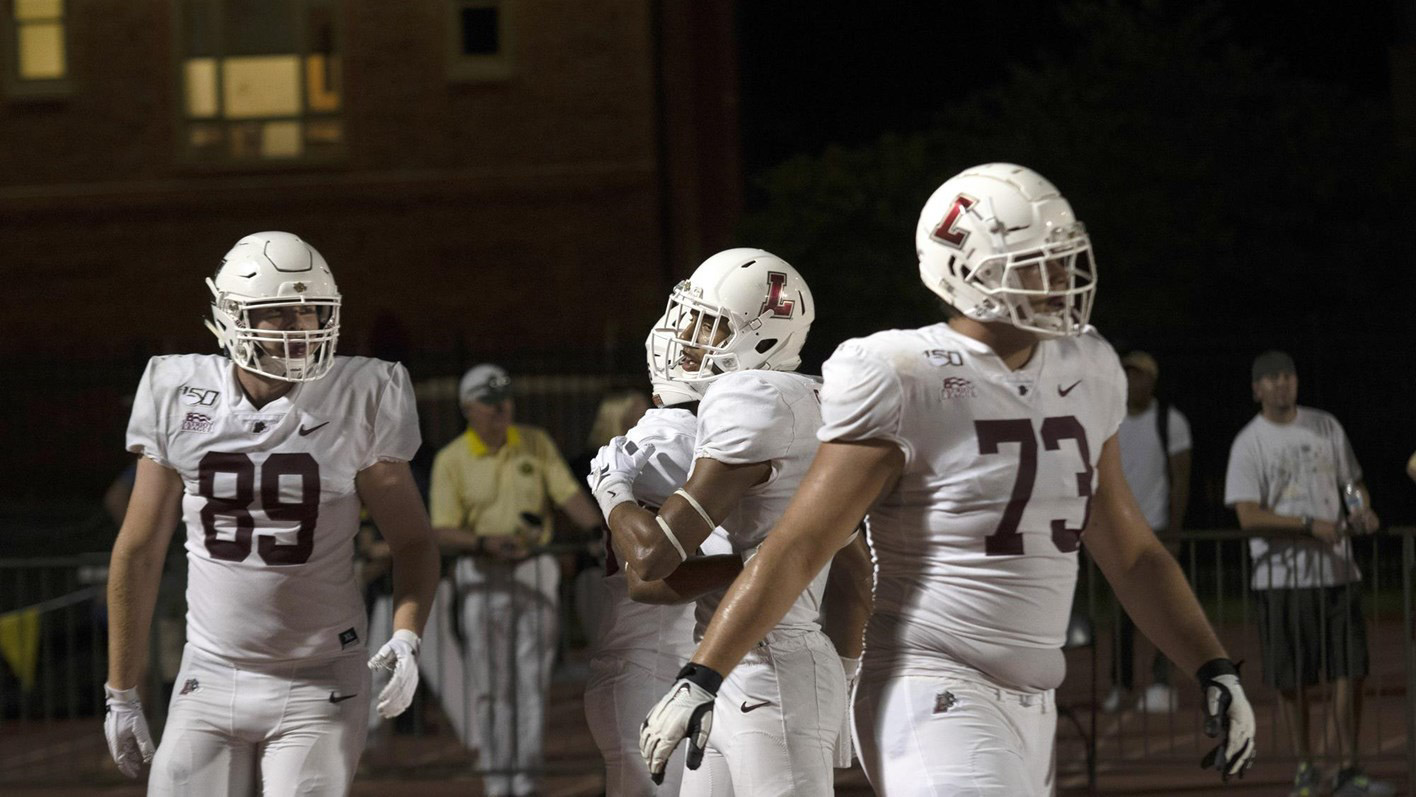 The Leopards outscored the Tribe in three of the four quarters, but could not overcome their three consecutive turnovers.(Photo courtesy of Athletic Communications)

The Lafayette football team opened their 2019 season with a 30-17 loss at William & Mary this past Saturday.

The Leopards led at halftime 10-6, but a rocky third quarter saw a four-point lead turn into a 20-point deficit. In that quarter, the William & Mary Tribe scored 24 points, aided by three straight Lafayette turnovers, while the Leopards did not add any to their total.

“When you turn the ball over in your own territory, that’s hard to overcome,” head coach John Garrett said. “The difference in the game was that [William & Mary] scored 16 points off of turnovers and the score was 30-17. So there’s your ball game.”

“I was really proud of how our team competed,” he added. “That was a big, strong, fast football team and our team stood toe-to-toe. And we didn’t back down at all.”

After William & Mary scored first with a 35-yard field goal, Lafayette got on the board midway through the opening quarter. Junior quarterback Cole Northrup found the end zone with a 13-yard rush after a seven-play, 70-yard drive that put the Leopards up 7-3. The Tribe responded with a field goal to narrow the deficit to 7-6 at the end of the first quarter.

In the second quarter, junior kicker Jeffrey Kordenbrock connected on a 31-yard field goal to extend the lead to 10-6 before halftime. Three Leopard fumbles in the third quarter proved to be the difference, as the Tribe carried a 30-10 lead into the final quarter.

“We’ll clean up the ball security,” Garrett said. “The last couple of years we’ve been in the top of college football for the fewest amount of lost fumbles, so it was uncharacteristic and really misfortunate that they happened in a row like that … you can’t get a drive started when you’re giving the other team the ball.”

Freshman quarterback Keegan Shoemaker capped the scoring with a 26-yard pass to classmate John Gay for a touchdown late in the fourth quarter, but it was too little too late for the Leopards.

Lafayette finished with 368 total yards, with 114 rushing yards and 254 passing yards. Lafayette quarterbacks Northrup and Shoemaker combined to go 23 for 39 with two touchdowns, and were sacked three times apiece.

“[Northrup and Shoemaker] both earned the right to play by their consistent performance through training camp,” Garrett said. “And we felt that it was important to allow them to play because playing both of them gave us the best chance to win.”

“It was always the plan for [Shoemaker] to play. This was not a surprise to me at all and the reps in practice reflected that all week,” Northrup said. “But starting wise, I was excited. Butterflies for the first game of the season, but I was just ready to go out there and play.”

On the defensive side, junior linebacker Major Jordan led the team in tackles with 12, while sophomore defensive lineman Malik Hamm made nine tackles. Sophomore linebacker Billy Shaeffer had a forced fumble to go along with seven tackles.

Jordan said the defensive line struggled more since they didn’t know who would start at quarterback for the Tribe.

“The thing was, we weren’t prepared. We were saying, ‘Who’s going to be the quarterback?’ Because [William & Mary] had three potential starters,” Jordan said. “We just have to do a better job of adapting and overcoming in those situations.”

Garrett said the team will focus on “containing the quarterback” against Monmouth University, who they face tomorrow. Senior quarterback Kenji Bahar threw for 334 yards and a touchdown in Monmouth’s 24-20 win over the Leopards last year.

“We have a lot of respect for [Bahar] as a player, both as a passer and a runner, and we have a lot of respect for [Monmouth’s] playmaking ability on offense,” Garrett added. “And defensively, they are an active, athletic fast defense. So it’s going to be a challenge every time we line up to gain yards and to stop them, so the guys will be poised and ready to make them earn everything.”

On Saturday the Leopards travel to Monmouth for a 1 p.m. start, before returning to College Hill for the home opener against Sacred Heart University next weekend.