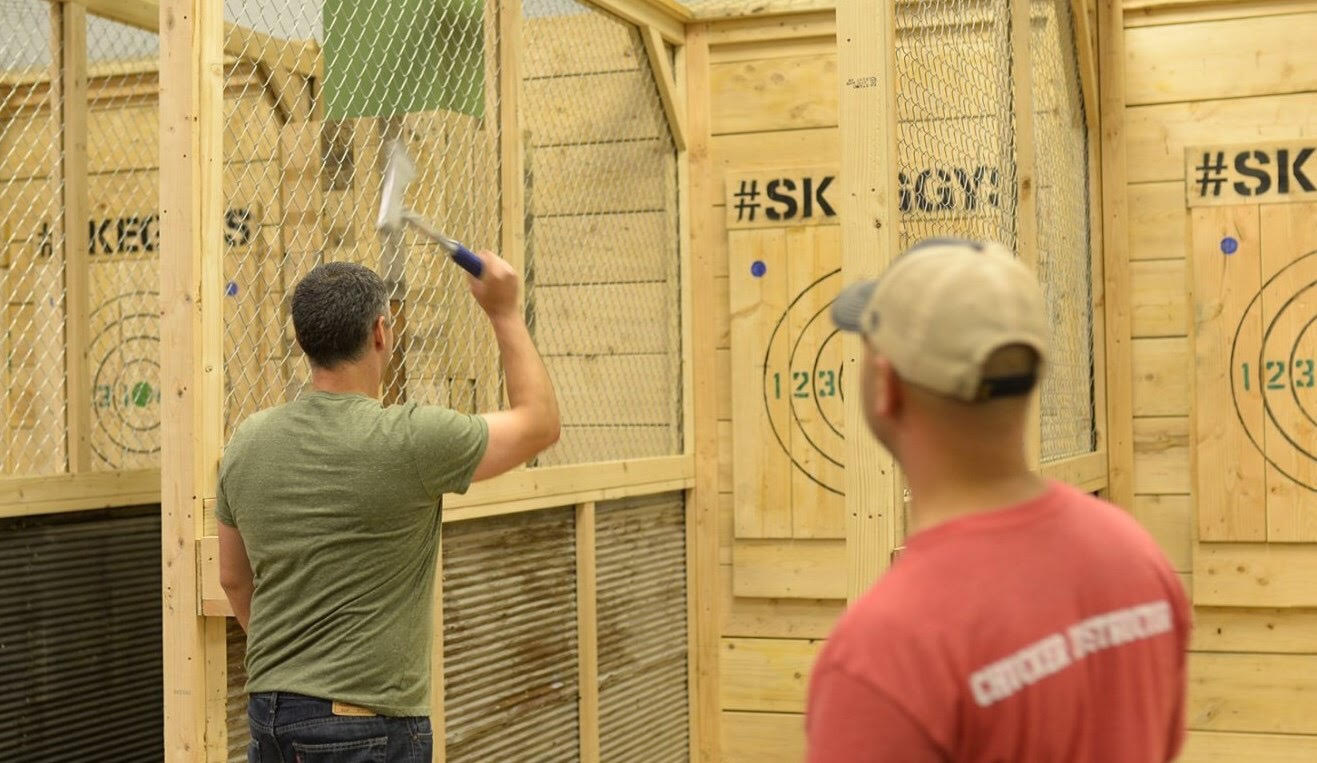 Skeggy’s Axe House, which opened last May, offers students and Easton residents a safe and unique way to blow off some steam after a long week: axe-throwing.

Skeggy’s is only open on the weekends, however, according to one of its founders Ryan Savage, that has not hindered business. During the Clam Jam Festival in downtown Easton this past July around 250 people visited the business, Savage said.

Savage and his four business partners, who are originally from New Jersey and Nazareth, came up with the idea to establish the business. Having prior experiences with axe throwing, Savage said the team simply wanted to make it into something fresh for the public to enjoy.

Before eventually deciding to settle in Easton, the team searched for locations in other nearby towns such as Phillipsburg. So far, Skeggy’s Axe House has hosted many different parties and private, corporate events, and it is now welcoming fundraisers and events for students organizations such as Greek life.

Instructors are available to teach visitors the ropes to axe throwing, which is played similarly to darts in games like “21” and “Around the World.” Additionally, there are games such as “Big Jenga,” “Electronic Boxing,” and “Ring Toss.” There are also different house themes, such as 80’s night, that follow along with songs of visitors’ choosing with Touchtunes, a mobile jukebox app that allows guests to collaborate with the in-venue music system.

Lafayette Orientation Leaders (OL) had the opportunity to experience Skeggy’s before the school year started, and some even went back with their first year orientees. OL Sam Bluvol ’21 had the chance to go twice last week, however, said her orientees were not able to participate due to the long line and their time limit. She added that was a “really cool” place to be, with open spaces and around twelve different lines to throw in.

Skeggy’s Axe House is open on Fridays, Saturdays, and Sundays in the afternoon until nighttime, located on 42 Centre Square. The cost of throwing per person is $30 for one hour and $50 for two. Additionally, Skeggy’s is a bring your own (BYO) facility. While they may allow guests to bring beer, wine and cider, there is a no hard liquor policy, according to their website.