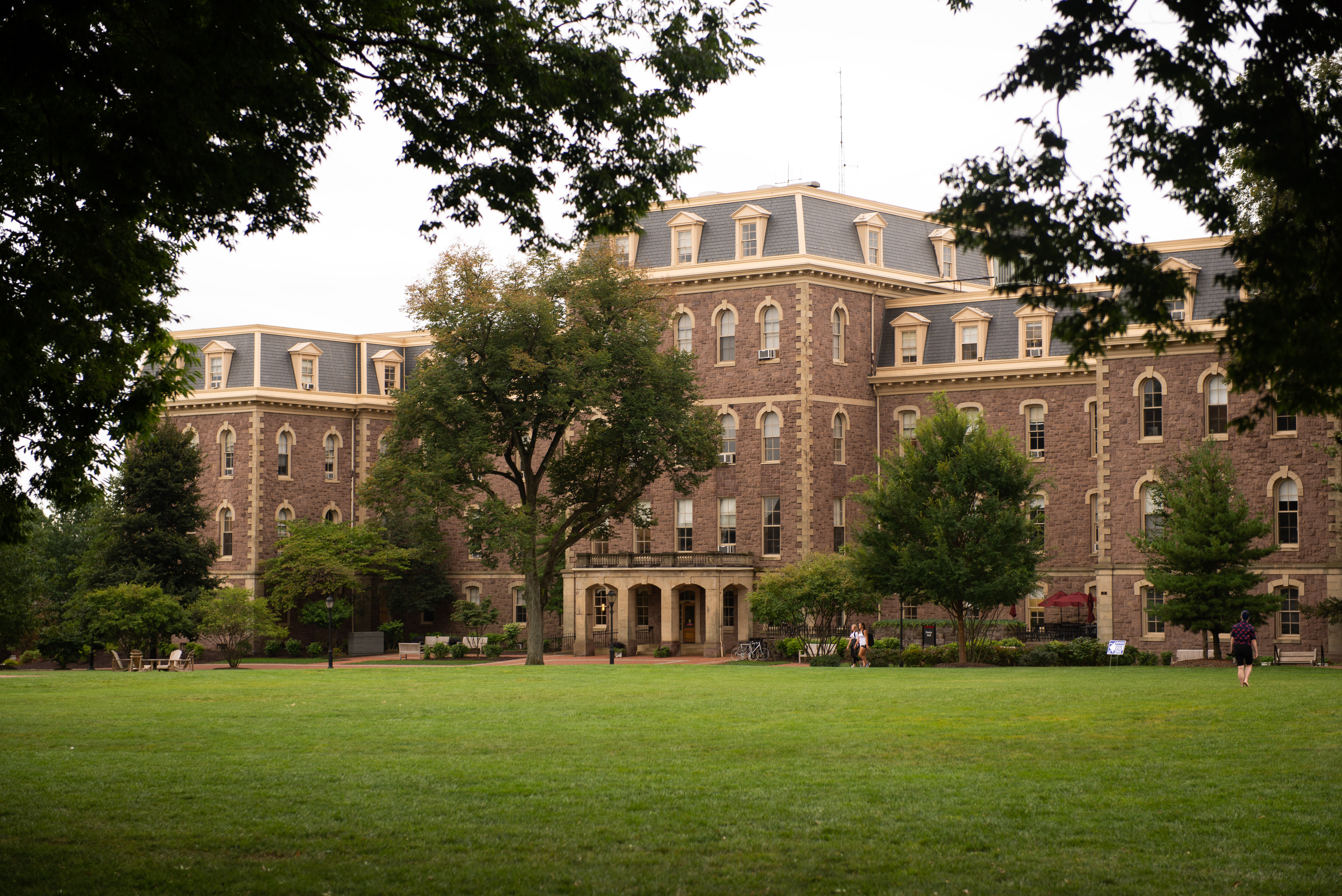 The college has added several new positions in line with the strategic direction. (Photo by Brandon Marin ’22)

This semester, the college welcomes ten new tenure-track professors to campus. According to Provost John Meier, three of the ten tenure-track positions created this year were made possible by the college’s strategic direction, a ten-year plan that includes increasing the student body population by 400 and adding 40 new faculty members.

The purpose of the strategic direction initiative, according to the college’s website, is to make Lafayette affordable to “outstanding applicants, regardless of their financial means” — commonly referred to as need blindness.

“I’m really pleased that the college’s strategic direction is focused on making it possible for students to attend Lafayette who would not otherwise be able to afford to do so,” Women’s, Gender, and Sexuality Studies (WGSS) professor Dana Cuomo wrote in an email.

All three of the new faculty members worked at large research universities prior to coming to Lafayette, and expressed their interest in the benefits of a smaller liberal arts college.

“I’m looking forward to the kind of close scholarly community that a liberal arts college affords,” Dimick wrote in an email.

Dimick will be working in an emerging field of study called environmental humanities, where she will be writing and teaching about “literary portrayals of climate change and other environmental justice issues.”

Cuomo, who filled the first full-time position in the WGSS program, wrote that she was excited “that the college sees the value in interdisciplinary feminist scholarship and teaching.”

Lopez, who is working with both the mechanical engineering department and the computer science department, said he is excited to continue his research in machine learning and human-computer interfaces with Lafayette students.

The annual process for hiring new faculty members involves petitions made by departments and programs across campus to fill new tenure-track position availabilities within their own departments. According to Meier, there are typically far more requests than can actually be fulfilled by the college.

“[W]e’d get something in the neighborhood of…six requests for every one position that’s actually there,” he said.

The school looks at three primary criteria when assessing the proposals, the first of which is alignment with the college’s strategic direction. The second is curricular impact, which includes what additional coverage a professor may be able to provide in a given field, and assistance they may be able to lend in crafting major requirements and course offerings.

“If our goal is to maintain a 10 to one student to faculty ratio…and when we said, okay, we’re going to grow by 400 or so students, just easy math says we need 40 more faculty, right,” Vice President of Finances Roger Demareski said.

Meier noted that there are a variety of metrics the school uses to track enrollment pressures assembled by the Office of Institutional Research, including average class size, number of majors per professor, and percentage of classes that are taught by a tenure-track professor.

Meier said that all three of the candidates hired into the newly created positions were “very intriguing” and “fascinating to talk to.”

“Those were three searches where they really had outstanding candidates come through,” Meier said. “It was when they were on campus, when they got to meet with students, and they got to better understand what Lafayette College is like, I think that’s what really made them interested in this position.”