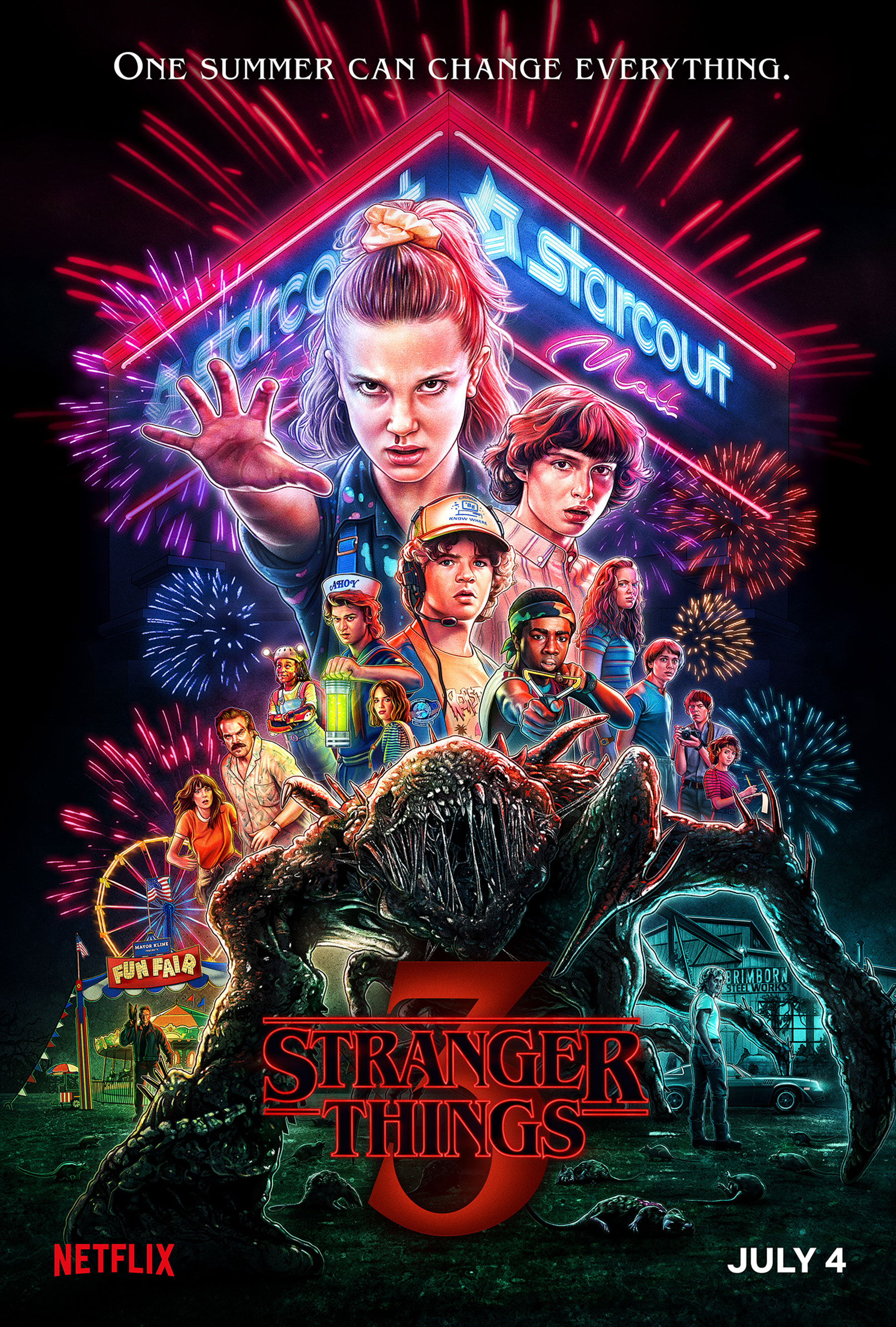 With its visual effects and focus on character growth, ‘Stranger Things’ does not disappoint. (courtesy of Wikipedia)

The directors of “Stranger Things” season three have each played their part in continuing the series’ legacy of feeling like one long movie. Each manages to effectively incorporate their directorial styles into the episodes they directed while allowing the season to run smoothly.

As with any movie franchise or TV show, it’s world continues to grow and define itself. The plot undoubtedly crosses over into territory that requires the previous installments to be watched in order to fully understand what’s happening.

The kids are growing up and their relationships change both with each other and the town, Hawkins. These changes happen faster than others around them can keep up with.

It seems like this season’s main concern is character development, and as a result, the first few episodes seem to give the season a slow start. In that slowness, the audience gets caught up with what the characters have been doing since they got rid of the Mind Flayer in the previous season.

Nancy and Jonathan’s relationship encounters turbulence for the first time while they try to navigate their jobs at the Hawkins Post.

Mike and Eleven, now called El, become inseparable but still have trouble telling each other how they really feel. Max and Luke’s relationship continues to take interesting turns. Dustin comes back from summer camp and finds that his friends are changing in ways that may alienate him. Will’s connection to the upside down haunts him yet again. Joyce and Hopper also struggle with being honest about their feelings for each other.

The show starts off with all these storylines in place, but they all slowly come together when the different groups start gathering various pieces of the same puzzle. The season’s plot plays like a mystery up until the climax that takes place in the later episodes.

The meshing of these distinct storylines was an impressive feature of the season that occurred, while simultaneously utilizing the main characters in interesting ways. This has contributed to further development of characters who only had minor roles in previous seasons and introducing new ones in span of eight episodes. Nothing felt rushed, partly because the show’s individual episodes makes the season run like one really long movie.

Netflix obviously takes care of the show’s quality, and it becomes obvious when the action picks up. The visual effects are noticeably better than they have ever been, a necessary addition for episodes in this season. Overall, the show is beautiful.

The higher budget production design this season also makes it more visually appealing, and the well-developed characters keep the audience invested in what might happen to them when their safety becomes uncertain in many situations.

Overall, the third season of “Stranger Things” is well crafted and is arguably the tidiest continuation of the show’s plot yet. It introduces new characters, new dynamics between existing characters, and new threats that are more dangerous than ever before. It does all this within the span of only eight episodes, and nothing ever feels out of place.

View all posts by Richard Ffrench →