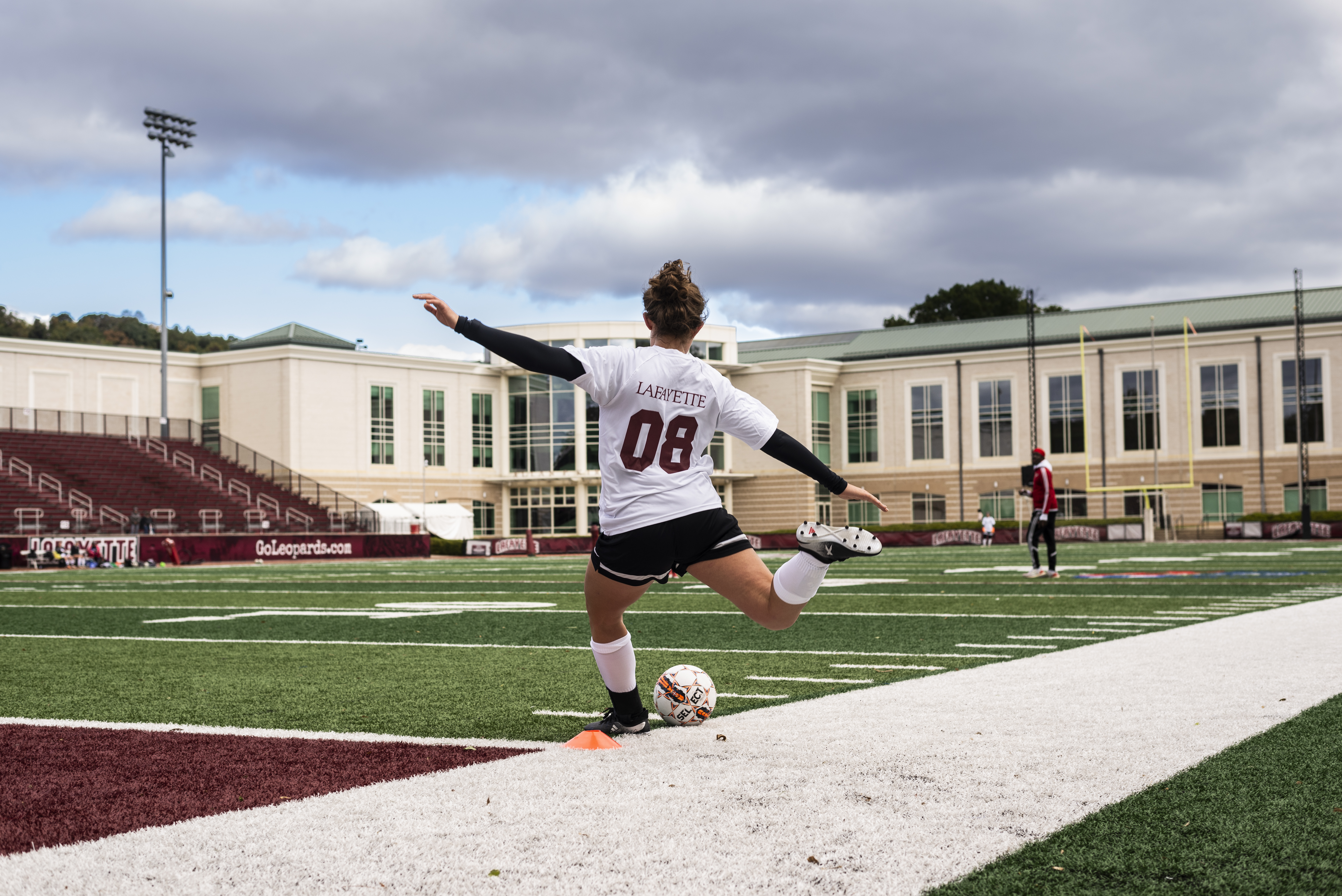 The Lafayette women’s soccer team opened their season with a close win over St. Francis University last Thursday, Aug.22, before losing to the University of Delaware the following Sunday. The St. Francis match was an overtime victory in which junior Sophie Saldivar played the hero, scoring the lone goal of the match in the 98th minute.

“I expect to continue to get better and more comfortable playing at the top of the diamond,” Saldivar said. “Last year was different as I had to play a bit more defensively, so I’m working to switch my mindset and look toward the goal more and find some of my teammates.”

Against Delaware, the Leopards were shut down by the opposing goalkeeper Kamryn Stablein. The Leopards managed to outshoot Delaware 12 to 10, including nine shots on goal, but Stablein turned away all nine shots in her shutout. Freshman goalie Natalie Neumann split time with junior goalie Maggie Pohl, as the two combined to make three saves.

“The [Delaware] game had much more movement of the ball, and we were able to create a lot more attacking opportunities,” Neumann said. “This matchup was definitely a game with many learning moments, which is very important before we enter league play.”

Against St. Francis, the Leopards struggled to capitalize on chances in the match, generating 15 shots to St. Francis’s four, but eventually broke through at the end of the game with Saldivar’s goal. Neumann got her first collegiate minutes in the game, splitting time with Pohl as the goaltender.

“The St. Francis game was not the most fluid and technical soccer that we could have put together, but in the end, we ground out a win and started the season off on a positive note,” Neumann said.

“I think we’re going to grow a lot as a team as the season progresses,” Saldivar said. “It’s important for us to take the season one game at a time.”

Next up for the Leopards is a trip to Hartford, Conn., and a matchup with the University of Hartford on Sunday with the start scheduled for 1 p.m.