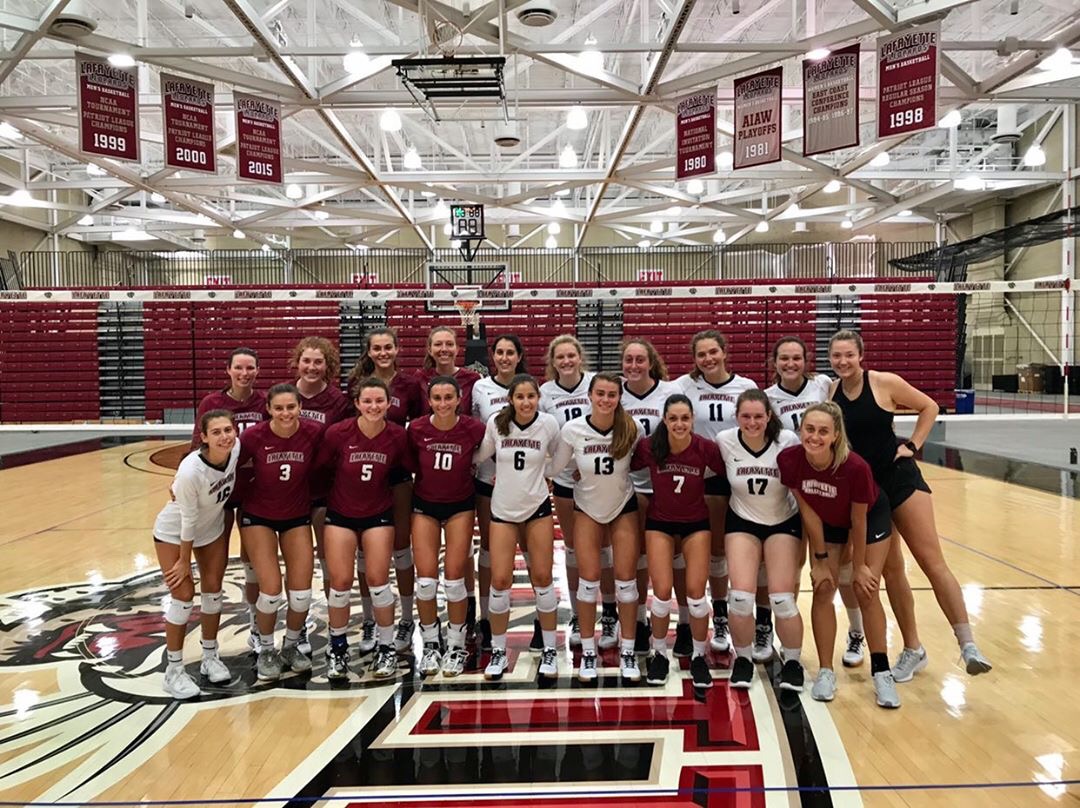 Lafayette volleyball looks to new head coach Ryan Adams as they try to bounce back from a winless conference schedule in 2018. (Photo courtesy of Athletic Communications)

As the 2019 volleyball season approaches, there is nowhere to go but up for the Lafayette Leopards. The team performed well on their serves in the 2018 season, finishing fourth in the conference in service aces, but will look to build on its last place rankings in opponent hitting percentage, kills, assists, blocks, and digs.

After recording an 0-16 record in Patriot League play last season, with a record of 5-23 overall, new head coach Ryan Adams will join returning assistant coach Colton Reinholtz on the sidelines. The team retains the same group of players, as last year’s team had no graduating seniors.

Among the returners is sophomore standout Grace Tulevech. In her first year, the outside hitter ranked fourth in the conference in kills per game. Seniors outside hitter Sonia Musso and setter Julia Howard made an impact for the team last season, with Musso registering eighth in the Patriot League in service aces and Howard sixth in assists.

Though the team has three returning seniors, Adams has not named any captains for the season.

“We’re going after the idea that you don’t have to be a captain to be a leader,” he said. “Everybody essentially can be a leader. We’re hopefully training a group of 19 leaders to not only succeed on the volleyball court but also in life.”

With the season approaching, Adams says the practices have focused on “controlled chaos” and “managing that type of atmosphere,” adding that it’s “out-of-system” stuff.

“Our bottom line is being prepared for volleyball by playing volleyball,” Adams said. “So the strength and conditioning is great and it’s a good foundation, but if we want to get good at a sport, we need to do the said sport.”

The team is adding four freshmen to its 15 returning players. The freshmen consist of two outside hitters, a defensive specialist, and a middle blocker.

The non-conference season begins today at 1 p.m., and Patriot League play will kick off against rival Lehigh on Friday, Sept. 27.