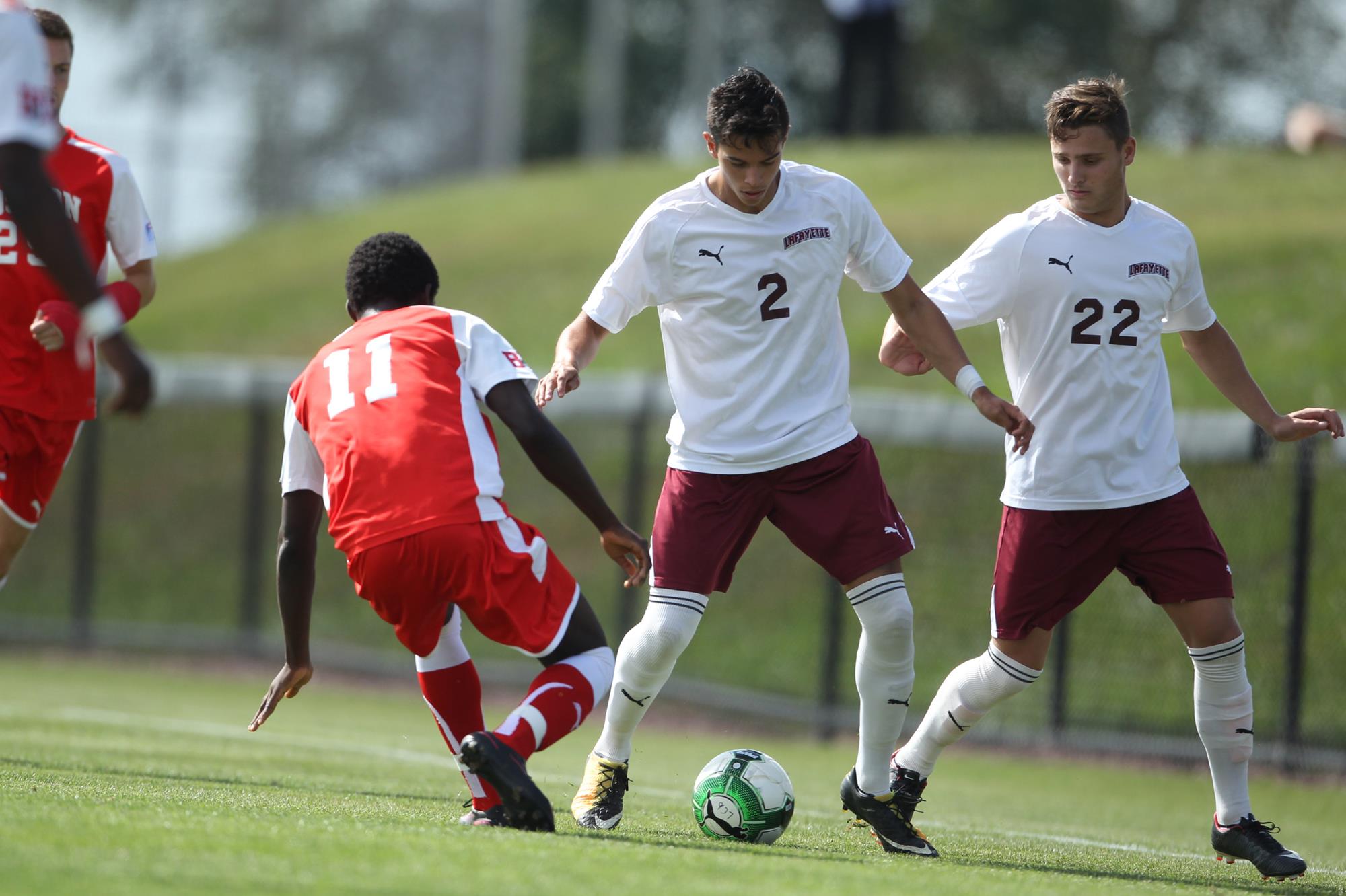 Midfielder Chris Gomez returns for his senior year as a points leader for the Leopards. (Photo courtesy of Athletic Communications)

After an average 2018 season for the men’s soccer program, the team brings a combination of youth and veteran leadership to the table as they kick off the 2019 season against Siena College tonight at Oaks Stadium.

The team returns 10 starters and welcomes nine freshman and a sophomore transfer to the lineup after posting a 5-8-4 overall record and a 1-5-3 mark in conference play last fall.

Head coach Dennis Bohn, now in his 19th season, said the new players have been acclimating well to the program and were able to bond on a recent preseason trip to Ocean City, N.J.

“I think the team is really coming together from an organizational standpoint and also from a chemistry standpoint,” he said. “They seem to have hit the ground running, and I’m excited about not only the talent level but how the guys are getting along with each other.”

Bohn noted that many of the players came back to campus in great shape from the summer, which has helped foster competition for playing time and starting spots. He said the coaching staff will “let those matchups play themselves out” during their preseason practices before they make decisions on lineups.

The team returns its top three point scorers with midfielders Chris Gomez and Ryan Goncalves, and forward James Gibson. The three seniors combined to tally 23 of the Leopards’ 34 points last season, and bring several years of starting experience to the team this fall.

“A lot of those guys have started since freshman year. We’ve had a bit of a long-term vision to give those guys an opportunity to grow into leaders and grow into guys that can help us compete for a winning season and playoffs and things of that nature,” Bohn said. “We feel like a lot of that hard work by the players and the coaching staff is finally coming to fruition with so many returning players that started and have played in the past.”

Sophomore Alex Sutton returns as the Leopard goalkeeper after posting a .803 save percentage last fall, ranking third in the Patriot League. He will compete with classmate Jack Cisneros and freshman Connor Ford for playing time, despite Sutton starting in all but one of the team’s games last season. Bohn said that goalie decisions will be made on a “game-to-game basis.”

“[We’re trying] to bring in some new thoughts, new ideas, and some new philosophies to the attack,” he said. “We really hope that with the experience and some of the new tactics and talent that we brought in that we will be a more dangerous attacking team.”

The Leopards take the pitch tonight at 7 p.m. for their home opener against Siena College.