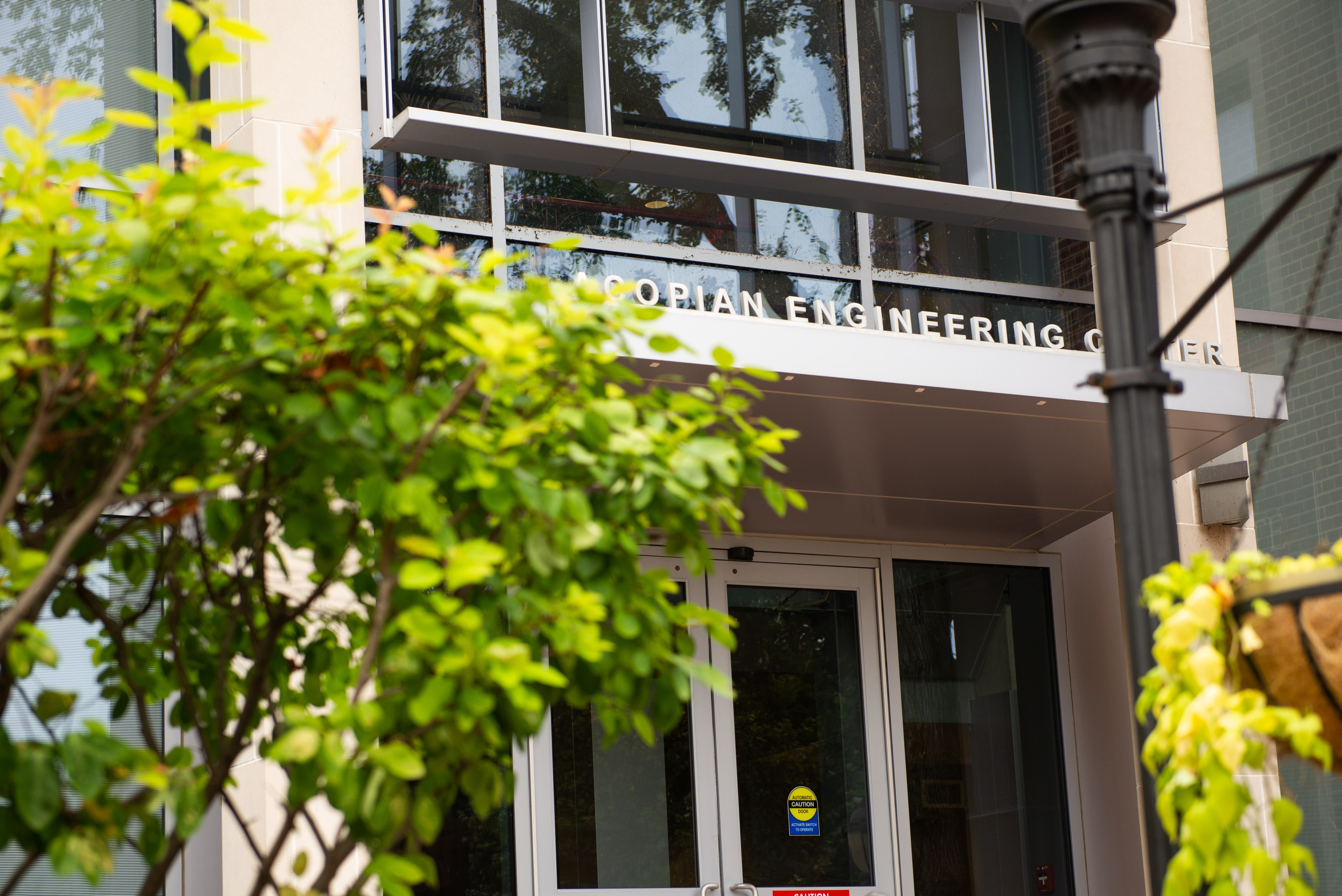 The new engineering degree being offered this year will allow students to focus on interdisciplinary studies within engineering. (Photo by Brandon Marin ’22)

This year, the college unveiled a brand new major within the engineering department, available to all underclassmen. The bachelor of science in engineering (BSE) will allow students to take traditional engineering courses as well as to integrate with other areas of study.

According to David Brandes, professor of civil and environmental engineering and one of the founders of the major, the new program will allow students to “acquire a background in engineering systems fundamentals, and then focus on an interdisciplinary area of study within engineering.”

Brandes noted that one of the primary focuses in designing the major was integrating the college’s engineering program with the liberal arts philosophy of the college.

“We recognized that while our existing degree programs are excellent, they provided limited opportunities for students and faculty, whose interests were in emerging areas of study that do not fall within the bounds of the existing engineering programs,” he wrote.

Celeste Fieberg ‘22, who is a mechanical engineer, said that she does not know much about the major yet, but thinks “it is good because it gives people the opportunity to focus on certain areas in engineering in an interdisciplinary fashion [and] it will be interesting to see how the program plays out in the future.”

“Unfortunately, the upperclassmen cannot participate since it is just starting, but I think it is a good opportunity for future students,” she added.

Daniel Gonzalez ‘20, who is an international affairs and engineering studies double major, said he regrets that the new major came after the time he could have chosen it.

“If I knew the first semester that I could’ve gotten the BSE, my courses would have been almost the same but with a different major title,” he says. “Employers look at BA and BSE differently when applying for jobs, and I wish I could’ve done it and I might not have had to deal with people saying my major is ‘pretend engineering.’”

Otherwise, Gonzalez said he thinks that the major is a great idea for new students.

Brandes noted that the goal of adding the major was not to increase the total number of engineering students. He wrote that the BSE may benefit the other programs that are struggling with over-enrollment in lectures and lab sections.

“By hiring new faculty members who can contribute courses and research areas to both the existing engineering programs and the new BSE, there will always be some costs associated with the program as there are new courses to offer,” he wrote.

He added that the engineering department hopes to increase the amount of funds available for the program so it is not competing with existing programs for the same resources.

“I would like for the BSE program [to] increase the collaborative spirit among the engineering faculty because it will require us to work closely together toward common goals,” he wrote. “The process that eventually led to the proposal for a new program was highly collaborative and invigorating for many of the faculty involved, and we are eager to implement the new program.”

In addition to the new major, a new, interdisciplinary, data science minor has been added for this school year with data science specific courses to be offered starting in the spring.