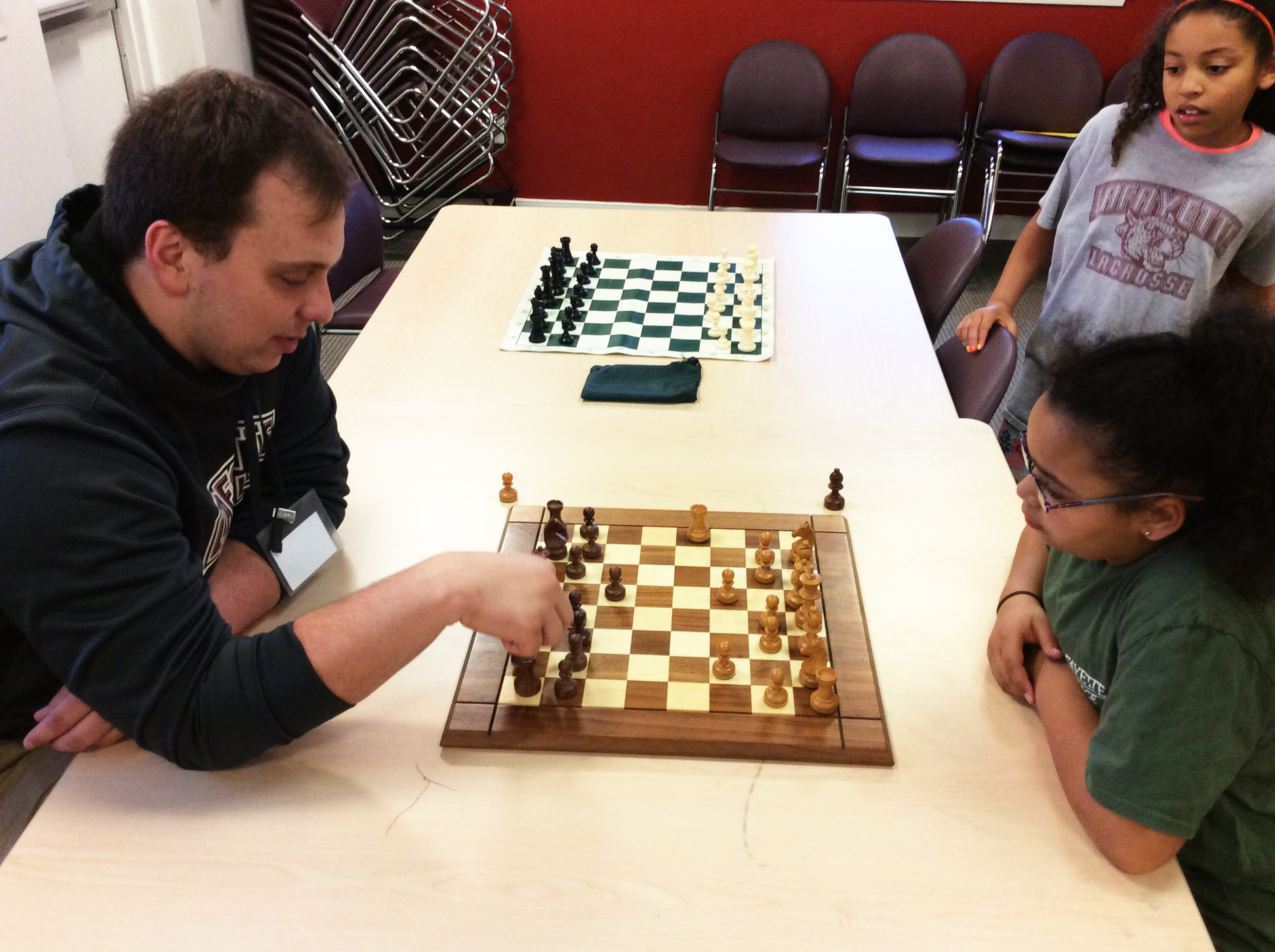 Last Friday night, the Student Athlete Advisory Committee (SAAC) sent 13 Leopard student-athletes to the Boys & Girls Club of Easton for two hours of programs as part of the One Shirt One Body campaign.

The nonprofit organization’s mission is to use the power of sport to enhance the lives of youth by connecting them with student-athletes and developmental resources, according to their website.

Thirteen Lafayette student-athletes, representing the football, field hockey, women’s lacrosse, and both the men’s and women’s soccer teams, made the trip. Chair of SAAC, Rachel Bird, organized the t-shirt giveaway, which were donated by students, so that every child was able to receive a shirt.

“In the fall we did a shirt collection with basically all athletes [at Lafayette],” Bird said. “The point is to donate Lafayette shirts to kids and to promote higher education.”

The Boys & Girls Club has a weekly Friday night program where students can do lots of different activities and the kids were “super excited” spend time with the Lafayette students according to junior and co-chair of SAAC, Cameron Costello.

“They want to show us everything that they’re doing so it was cool to just spend time with them and realize that they like having us around,” Costello said. “We definitely want to continue going back in the future.”

At the club, there were a bunch of different game rooms featuring chess, calisthenics, basketball, flag football, soccer, cooking and academia. Bird said that there were probably 70 or 80 kids present, all ranging from ages five to 15.

“The kids themselves were super excited, truly super interested in you, and they just want to be around you and hang with you,” she said. “I thought that was really cool and really engaging.”

“The kids were just awesome,” Bird added. “It was super rewarding and I honestly wish we had done more events with them.”

Sophomore Gavin Barclay, an offensive lineman on the football team, had initially signed up for the chess club but later discovered that the other event in the room was fashion, which he enthusiastically participated in.

“There we were hot gluing sparkles onto masks and cutting up t-shirts that SAAC brought to give out to the kids,” Barclay said. “But the fashion was a nice little twist, a little mix-up but it was fun.”

In addition to the One Shirt One Body campaign, SAAC has begun to collect shoes as part of a “heel to sole” drive which was started by men’s basketball’s freshman forward Michael Anekwe. Bird said that Anekwe has a vision for a basketball clinic he hopes to run in his hometown in Nigeria when he returns this summer, and wants to bring the shoes back with him.

Bird said she spoke with Costello and senior co-chair Amy Hewlett about making SAAC more effective in terms of community outreach. She noted that this year was the first time that student-athletes have gone to volunteer and hang out with the kids, when in the past they’ve simply sent over the shirts or other resources they’ve collected for the organization.

“I think it just shows that it’s not just about someone, a bunch of teams giving our stuff away that they already have,” Costello said.

“It’s about where it actually goes and the fact that it does make someone’s day or might make a difference down the line.”

“It’s important for us to have that engagement,” Bird agreed. “We’ve been focusing in SAAC about how we can make student-athlete life here better, but also how do we help other people as well. That’s really important.”