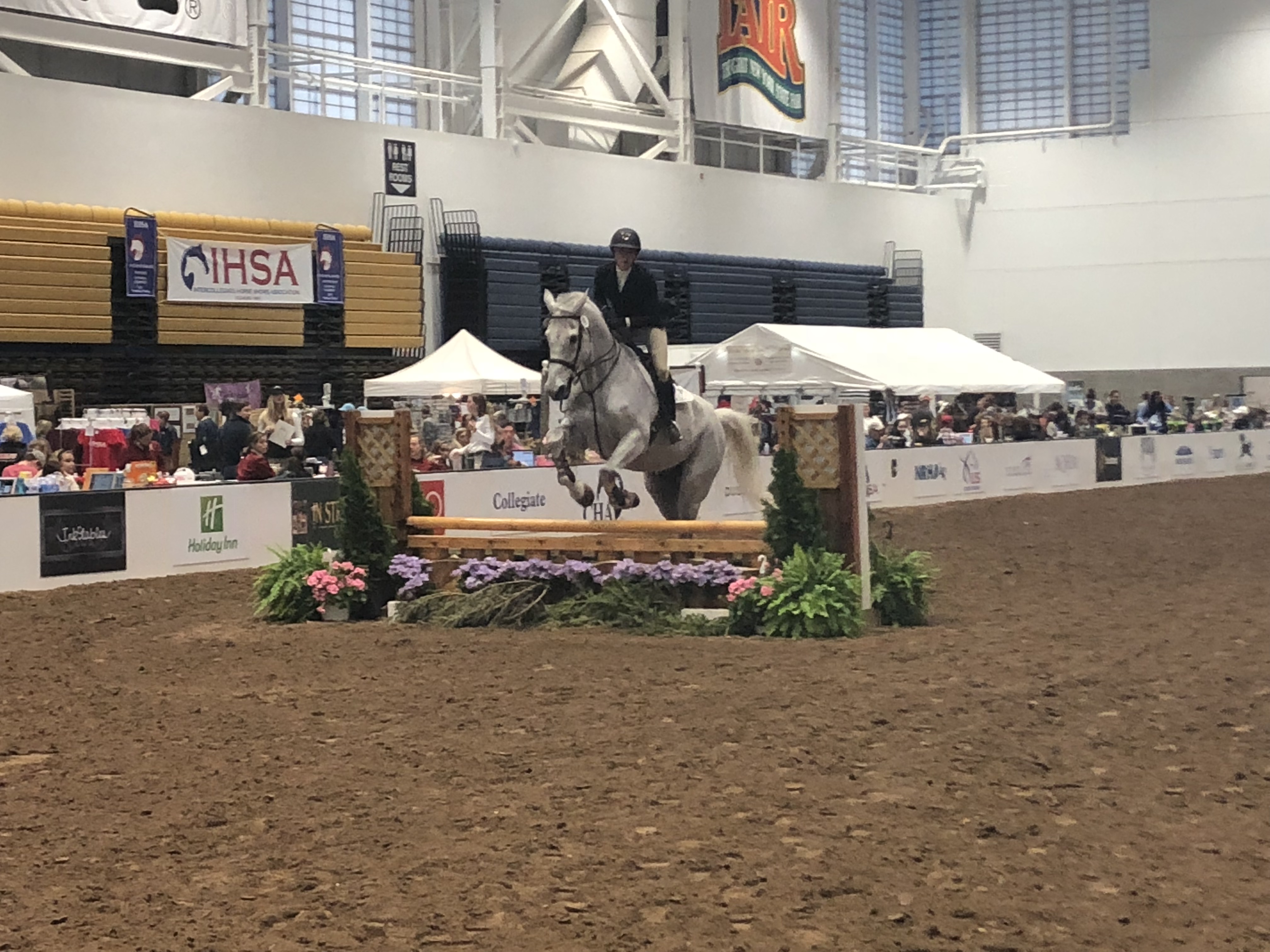 Senior Justine Perrotti competed at the Intercollegiate Horse Shows Association (IHSA) nationals for equestrian last Thursday, earning 11th place out of 16 who qualified. In her zones show in early April, Perrotti finished first in her intermediate over fences class, qualifying her to compete nationally, along with the second-place finisher.

Perrotti traveled with her coach Kelly Poff and sophomore teammate Charlie Brownstein to Syracuse for the national show, and also met her parents there. Perrotti and company made the trip on Wednesday so they could wake up before 6 a.m. on Thursday to watch the horses.

“They had a list of 90 horses total, so we were looking at how they move, how they jump, and picking out which ones Kelly [Poff] wanted me to be on,” Perrotti said. “There’s so many to see, so she put stars next to the ones she wanted me to ride.”

Perrotti watched some of the riders before and after her, as she was slotted to ride 10th in the group. Although she said there were some communication issues and it took a while for her to find her horse, she “felt okay” about her course.

“I think she was a little rushed going into the ring,” Poff said. “However, that’s part of horse showing. She still had a beautiful show, there’s nothing I’m upset about. She held it together better than I would have.”

Perrotti said she felt it was a great course overall, though she would have liked to finish in the top 10.

“She rode amazingly and I’m super proud of her,” Poff said. “I’m blessed to have been teaching her the past four years.”

“Anyone in those classes could have won on a different day,” she added. “Getting there is the hard part. Competing is an awesome end.”

Perrotti said her teammates were watching her show on a live stream or recording, both from campus and abroad. Poff and Perrotti walked in a parade of colleges the following day, where they represented Lafayette with a banner.

“Even though it was just the two of us versus large teams like Penn State right behind us, it was a great experience to show off that I was there,” Perrotti said.

Poff said the attention has some people offering to donate horses to Lafayette, but she’s not sure if the school will want to accept them.

“There was a live webcast that was watched by thousands of people, so it was an advertisement for the school for sure,” she added.

After departing the show, Poff and Perrotti watched a live stream where Lafayette equestrian graduate Rebecca Folk ’13 competed in an alumni show in western reining, earning fifth in that event and second place (reserve winner) in horsemanship.

Perrotti plans to compete in alumni shows, starting June 2, and become an assistant coach for the Lafayette equestrian team next school year.