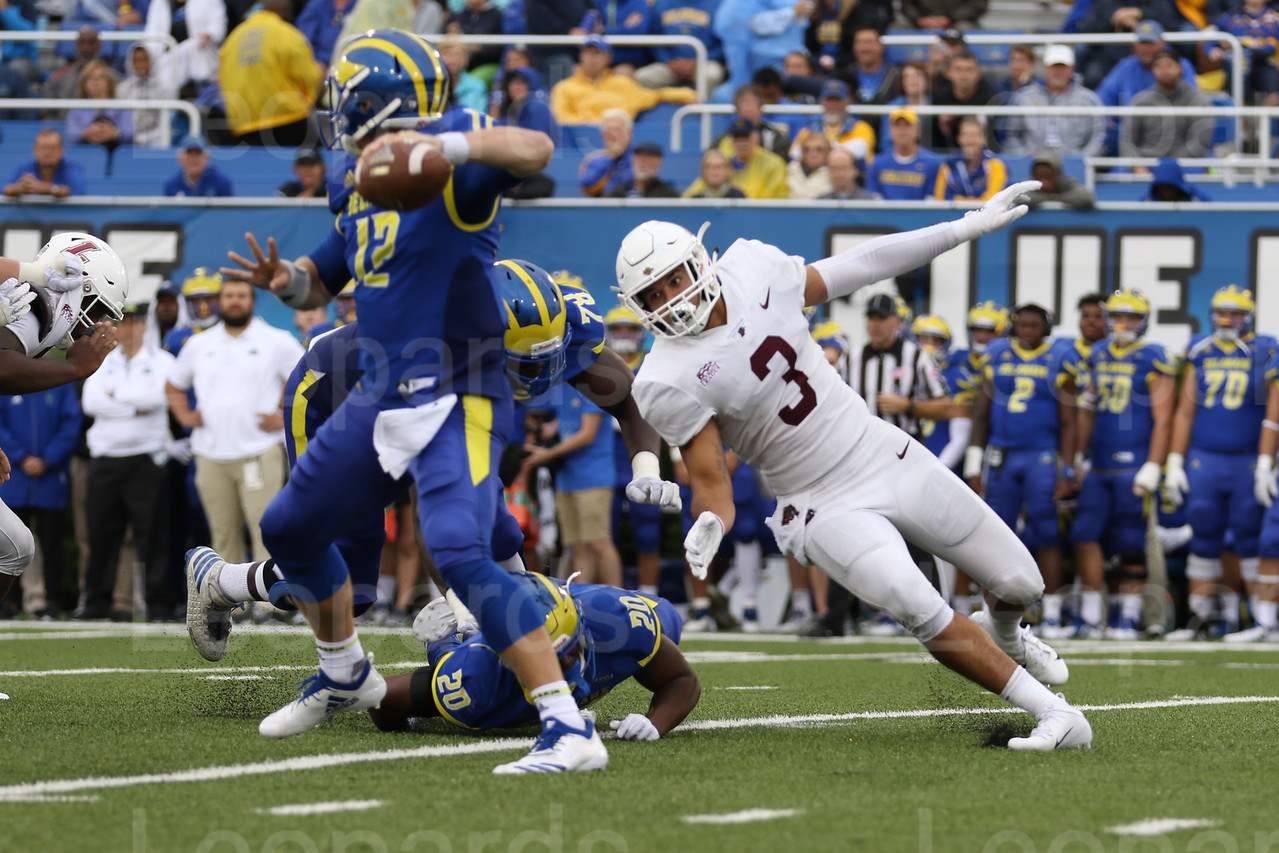 Senior linebacker Jerry Powe got past his defender for one of his four tackles against Delaware last season. (Photo courtesy of Athletic Communications)

After four years with the Lafayette football program, senior linebacker Jerry Powe received an invite to the upcoming Washington Redskins camp which starts today and runs through Sunday.

The senior captain and four-year starter was named the defensive MVP after recording 40 solo tackles, good for second on the team, and 2.5 sacks in the fall season.

Powe, a Mechanical Engineering major from Gurnee, Ill., played in all 11 games for the Leopards last fall and was also named to the All-Patriot League First-Team. Powe said he will be joined at the camp by other college players and prospects as well as the rookies who have already signed with the team.

“Over the course of the last five months I’ve been focusing on improving my coverage skills and overall size in advance of the camp,” Powe said. “I will continue to work on those skills even after the camp.”

Powe said that making a professional football roster is “100% a goal of mine,” and noted that head coach John Garrett and defensive backs coach Doug McFadden have been instrumental in helping him approach the next level.

“I’ve had plenty of coaches at Lafayette help me get closer to this goal by teaching me how the game of football should be played,” Powe said. “[Garrett and McFadden] have helped me tremendously over the past few months getting me prepared to earn a spot on an [National Football League] roster.”