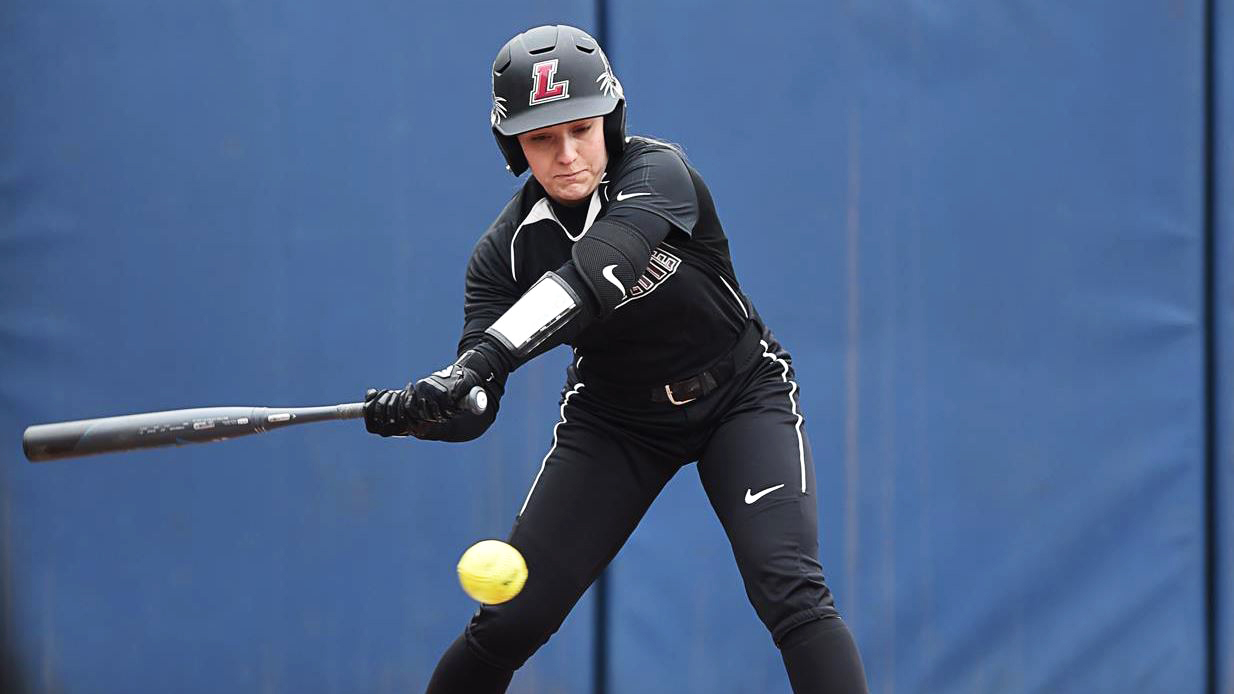 This weekend, Lafayette softball looks to avoid a 40-loss season in a 49-game schedule. (Photo courtesy of Athletic Communications)

On Wednesday, the Lafayette softball team continued their losing streak with a pair of home losses to Marist College, dropping 5-0 and 8-2 contests. Last weekend the Leopards were swept by Colgate in a three-game series to drop their conference record to 1-14.

In the second game of the doubleheader, the Leopards’ offense again stalled and managed just four hits on the afternoon. Senior shortstop Brooke Wensel went 2-3 with a run and classmate Maddie Wensel recorded an RBI double. Miner notched the last hit with an RBI single in the fifth inning.

Last weekend, the Leopards travelled to Hamilton, N.Y., to face Colgate in a conference series which was initially delayed one day, pushing competition to a double header on Sunday and a game on Monday.

“Everybody had a positive attitude going into the series,” said junior catcher Malori Pojar. “One of our biggest goals is to play to our level, and not necessarily try to change what we’re doing based on another team. Consistency is a big thing on our team that we try to focus on.”

In game one on Sunday, Colgate took an early lead and scored all three of their runs in the first inning. The Leopards clawed back with a run in both the second and third innings, thanks to RBI singles from Pojar and sophomore catcher Kaitlyn Rarick.

Gordon held Colgate to six hits over the final five innings, leaving the final score at 3-2.

“We were never out of the fight,” said Pojar. “We try to play to the best of our ability at every single pitch. We always come out with good energy and fight no matter what.”

In the second game on Sunday, the Raiders notched five runs in the third inning and scored two runs apiece in the fourth and fifth innings. The Leopards scored their lone run of the game in the fifth inning off an RBI groundout from Brooke Wensel.

“Somethings went our way, somethings didn’t,” said Pojar. “We just had to stay focused and continue to believe that we can always put up a fight. Sometimes things don’t go in our favor, but we kept playing hard and did everything we could.”

On Monday, the Leopards returned for the final game of the series. Colgate took the early lead again, scoring two runs in the first inning. The Leopards scored a run in the third inning, but the Raiders answered with two more runs in the bottom half. Miner and Brooke Wensel recorded two hits each to pace the offense.

“We tried to take advantage of opportunities that were given more,” said Pojar. “With softball especially, things can change in a single pitch or a single hit, so we really tried to focus on preparing for those opportunities.”

Next up for the Leopards is a trip to Worcester, Mass., for their final Patriot League series of the season against Holy Cross. The team carries an overall record of 8-37-1 and a conference record of 1-14 into tomorrow’s doubleheader.

“I think we just have to remember that we have each other’s backs, and we’re supporting and encouraging each other,” said Pojar. “We’re just really trying to focus on giving it everything we have left this week.”

“We want to end the season on a high note, especially for the seniors, and to keep the positive momentum going into next year.”