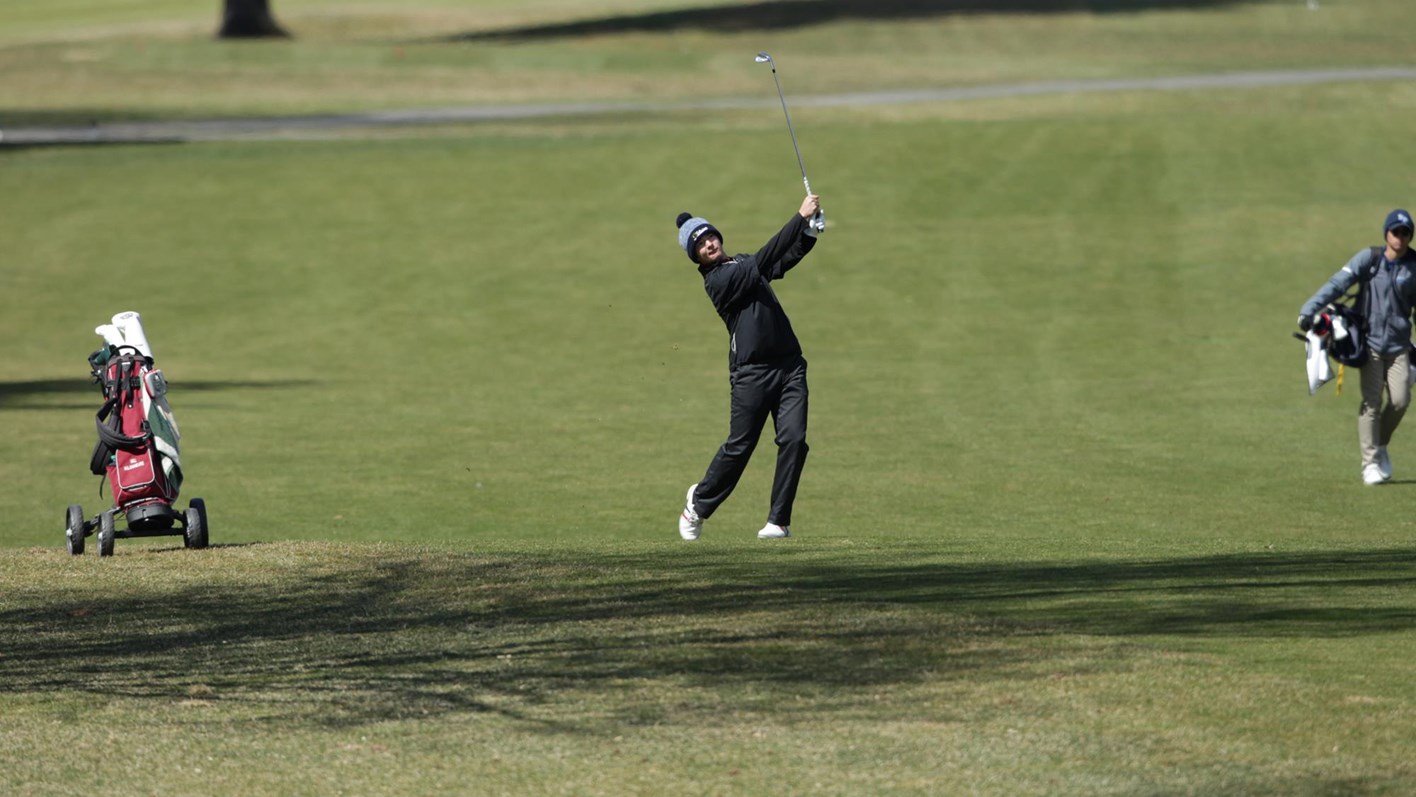 As a team, the Leopards finished second behind Army West Point, scoring 300, 289 and 284 through the three rounds for a grand total 873, eight strokes behind the Black Knights.

After coming out of their last full tournament with a three-stroke victory at the Navy Invitational, the Lafayette lineup of Halamandaris, sophomores Brendan Cronin and Cole Berger, and freshmen Drew Steiner, Kazuki Osawa, and Ryan Tall traveled to the Seven Oaks Golf Club in Hamilton, N.Y., a 54-hole course for the match which was hosted by Colgate University.

“Our mentality going into the tournament as a team was that we could compete and beat any of the schools we faced,” Halamandaris said. “We knew that we had a strong team that was playing well, especially coming off of our win the previous week at [the] Navy [Invitational], and we knew that if we played our game and stayed mentally strong and focused, that we could have a chance to win.”

After a short weather delay due to unsafe course conditions, the tournament began its first round on Saturday. Halamandaris and Berger sat in first and fourth place, respectively, after the first 18 holes, with Halamandaris carrying a two-under 70, leading the second place scorer from Navy by a single shot. Berger followed with a one-over 73.

With 300 points from the first day, the Leopards sat in a three-way tie for second place with Colgate and Bucknell and trailed Lehigh by one point.

Returning to the course on Sunday, the Leopards notched a second-round 289 which put them temporarily in third place before they finished their last round with a 284.

The team also walked away with a few individual awards. Berger shot a 218, good for two strokes over par, and earned sixth place. His performance earned him a spot on the All-Patriot League second team.

Halamandaris narrowly beat out Colgate’s Ryan Skae as they went shot-for-shot in the final round. This was the first time a Lafayette player earned an individual medal in the Patriot League Tournament since 2010, when it was awarded to Rob Robertson ’12 for his five-over par-221.

“My mindset was that I knew I could compete for the individual title, especially because of my All-Patriot League Second Team performance last year in which I was not playing my best, and I wanted to do everything in my ability to help put our team in a position to win.”

“I just knew that the better I played the more we had a chance to win as a team,” Halamandaris said. “I was focused on hanging in there even after tough holes and bad shots because I knew that we were never out of it.”