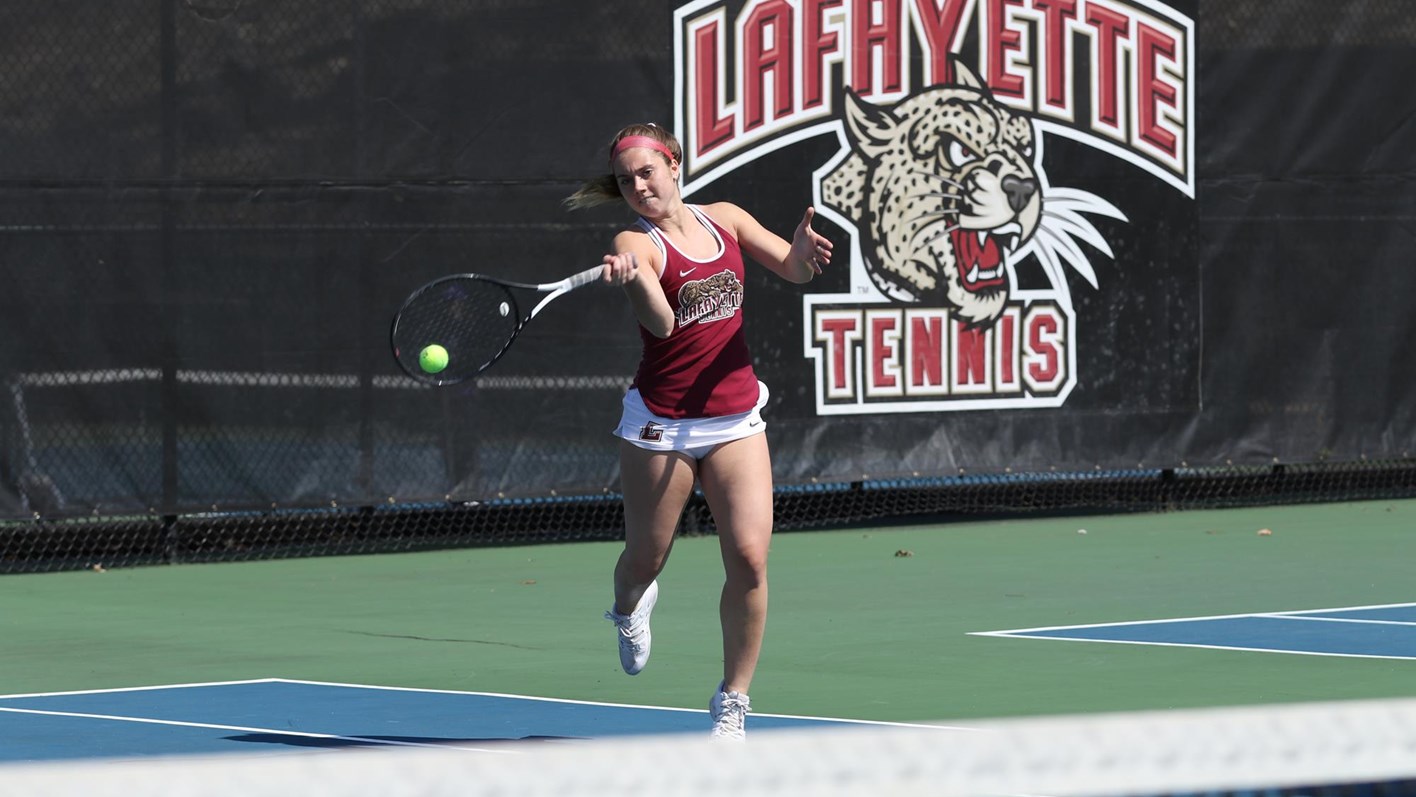 The women’s tennis team closed out the regular season with their 16th consecutive loss to rival Lehigh as the Leopards were swept 7-0 at home on Tuesday. On Monday, the team faced off against East Stroudsburg University on Senior Day and won 7-0.

Against the Mountain Hawks, the doubles pair of juniors Meredith Block and Grace Conrad extended their three-match doubles winning streak after beating their Lehigh counterparts 6-2.

The Mountain Hawks proceeded to sweep all six single matches.

“The match was a tough loss, Lehigh is a very strong team, and their lineup is very deep,” said Block. “Everyone fought very hard, and I am proud of how hard [junior] Katie Hill fought, coming close to winning the first set against her opponent, and continued fighting throughout the match. We are proud of how we played.”

Hill and sophomore Alexa Cooke were defeated at No. 2 doubles, and Hill lost at No. 6 singles after leading the first match 4-1.

“My opponent and I were really competitive,” Hill said. “I am really proud of the way I played in the first set, however I wish it could have gone differently.”

Against East Stroudsburg, seniors Haley Matthes and Anavi Anand earned a victory at No. 3 doubles as the Leopards won all three doubles matches. The duos of Conrad and Block and sophomore Samantha Snyder and freshman Maureen McCormack helped Lafayette clinch the doubles team point.

The Leopards finish their regular season with an overall record of 8-10 with a 1-6 mark in the Patriot League. The team earned the eighth seed for the upcoming Patriot League Tournament at Bucknell University this weekend. Their first round matchup will be against ninth-seeded Holy Cross, who they beat 5-0 in the regular season.

“Our matches against Holy Cross are always competitive,” said Hill. “We hope to take the hard work, intensity, and competitive mindset we had yesterday into our match Thursday.”

We hope to stay positive and get a good win out of the match,” she added. “This is a match that we expect to win, but we certainly take them seriously and hope for only more personal and team growth during the tournament.”

The Leopards began the tournament against Holy Cross yesterday, after deadline for print on Wednesday.