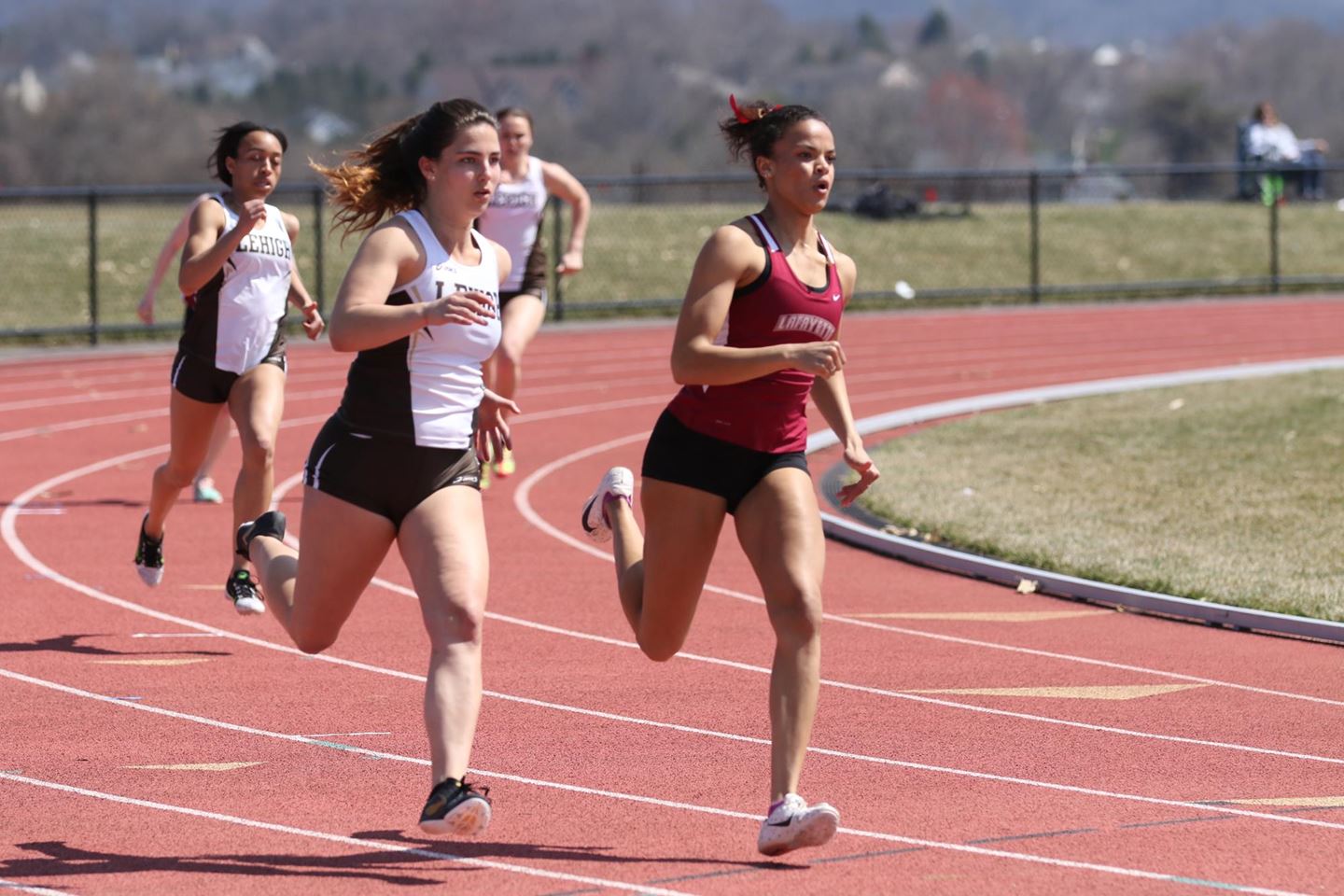 Many team members competed in the Greyhound Invitational in Bethlehem, Pa., while a small contingent made the trip to Princeton, N.J.,  for the Larry Ellis Invitational. Both invitationals took place this past Sunday.

“As a whole, we are doing really well,” said sophomore Jermaine Rhoden. “We are a really young team, [that’s] very promising, [I’m] excited to see how we will grow as a team.”

Freshman Tim Payne was the first to break into the top-10 all-time school records with his performance in the 400-meter hurdles. Payne won the event with a time of 54.35 seconds, the eighth fastest time in school history. Payne also won the 110-meter hurdles with a time of 14.78 seconds.

Rhoden joined Payne in the record books with his best mark of 2 meters in the high jump. The leap won him the event, was a personal best and was good for the eighth highest jump in Lafayette history. Both Rhoden and Payne competed in the Greyhound Invitational.

“It was exciting,” Rhoden said. “Throughout the season, the bar just gets higher and everything just clicks. I took the jump, [and was] surprised to be standing on the mat afterwards… The two meters was this mental thing, I didn’t think I was gonna get it but I got it.”

Rhoden says he believes that being able to jump over two meters is just the beginning, and a “nice stepping stone.” Now he just wants to see if he can get that leap higher and higher.

“[I’m] feeling ready for the [Patriot League] Championship, can’t wait to take on Army’s high jumper,” he added. “I’m just excited to see how the season ends, to see all the workout in the weight room, and what that gets me.”

“The final race was the one I ran my [personal record] in,” Mozzochi said. “Everyone had a good energy going into the meet, and people are exactly where they want to be.”

Also at the Greyhound Invitational, junior Margaret Schiazza won the 800-meter dash and senior Emily Moore won the 3000-meter steeple in 11:52.97. Sophomore Olivia Barney rounded out the first place finishers in the discus with a best throw of 39.00 meters to win the event. The men’s 4×100 relay team also won with a time of 42.56 seconds.

At the Larry Ellis Invitational, several Leopards achieved personal bests in their respective events as well. Sophomore Sam Fishbein set a personal best in the hammer throw, placing fourth overall with a best toss of 56.69 meters. Junior Calvin Schneck also set a personal best with his performance in the 1500-meter run, finishing sixth in 3:56.15.

“It’s a big year for us,” added Mozzochi. “With the guys beating Lehigh [three weeks ago], we had such good performances every weekend. This Patriot League [Championship] will bring out our best.”

“Be competitive, every point matters,” Mozzochi and Rhoden agreed.

The Leopards will travel to both the Penn Relays in Philadelphia and the Lehigh Games in Bethlehem this weekend for the team’s final tuneup before heading into the Patriot League Championship the following weekend.