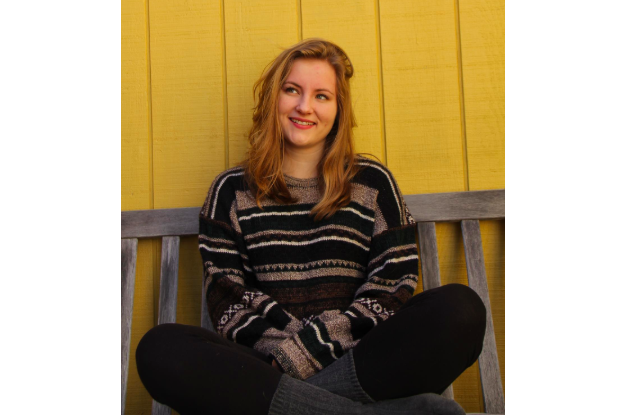 Known for her “loving heart” and “goofy spirit,” Maddie Smart died surrounded by family on Tuesday, after a valiant battle with cancer. Maddie passed away just over a month after she began treatment at Maine Medical Center for her second bout of leukemia.

A junior neuroscience major and resident of Maine, Maddie was a member of Pi Beta Phi sorority. Kaila Aguerre ’20, president of Pi Phi, expressed how much she meant to her sorority sisters.

“We are heartbroken by the news of Maddie’s passing,” Aguerre wrote in an email. “She was a ray of light who continuously reminded the chapter to live life fully present. Her dedication to academics and the Easton community was honorable.”

“She will be remembered for her goofy spirit and her big, loving heart. We will miss our Pi Phi sister and friend forever,” she added. Aguerre ended her statement with the hashtag, “#MaddieStrong,” a trademark of the Smart family’s posts on their blog “B Positive for Maddie.”

Rob Smart, Maddie’s father, wrote on the blog about details of Maddie’s diagnosis, treatment and strength through it all, starting when his daughter was first diagnosed with acute myeloid leukemia in March 2018.

In November 2018, he wrote that Maddie hit a milestone after reaching 100 days post-bone marrow transplant, a point at which the risk of severe complications is significantly reduced. At this time, he wrote, she was cancer free, and cleared to return to Lafayette for the spring 2019 semester.

Maddie’s health took a turn last month. A year after her first diagnosis, almost to the day, her doctors discovered the cancer had returned. She then began treatment.

Rob describes in the blog how despite the immense challenge of going through chemotherapy and fighting cancer, Maddie faced it all with “super-human strength.”

As Lafayette allowed her to continue enrollment this semester, she kept up with a “full load of courses” from her hospital room, and followed the March Madness tournament, correctly picking all sweet-16 teams.

President Alison Byerly wrote an email Wednesday informing the college community of the loss. In it, she described how Rob had told her that “Lafayette College is a special place with special people that gave Maddie a lot of joy,” and “expressed his appreciation for the strong support Maddie received from professors, administrators, and friends throughout her illness.”

“In the midst of sadness at this tremendous loss, I am heartened by the knowledge that our community offered strong support to Maddie and her family,” Byerly told The Lafayette.

Maddie’s “friends and sorority sisters offered steadfast emotional support,” Byerly said, and “faculty showed great compassion and flexibility in making many exceptions to the usual rules to allow her to continue her studies from home this semester.”

“[Director of Health Services Dr. Jeffrey] Goldstein was instrumental in getting Maddie diagnosed and treated,” Byerly added. “Our campus life administrators and academic deans worked closely with Maddie to help her navigate her life here while she was undergoing treatment.”

She said she hopes community members will take comfort in knowing that these acts of support were “helpful to Maddie and appreciated by her family.”

Correction (5/1/2019): Maddie was not originally from Maine, but moved there later in life. She was from Vermont.