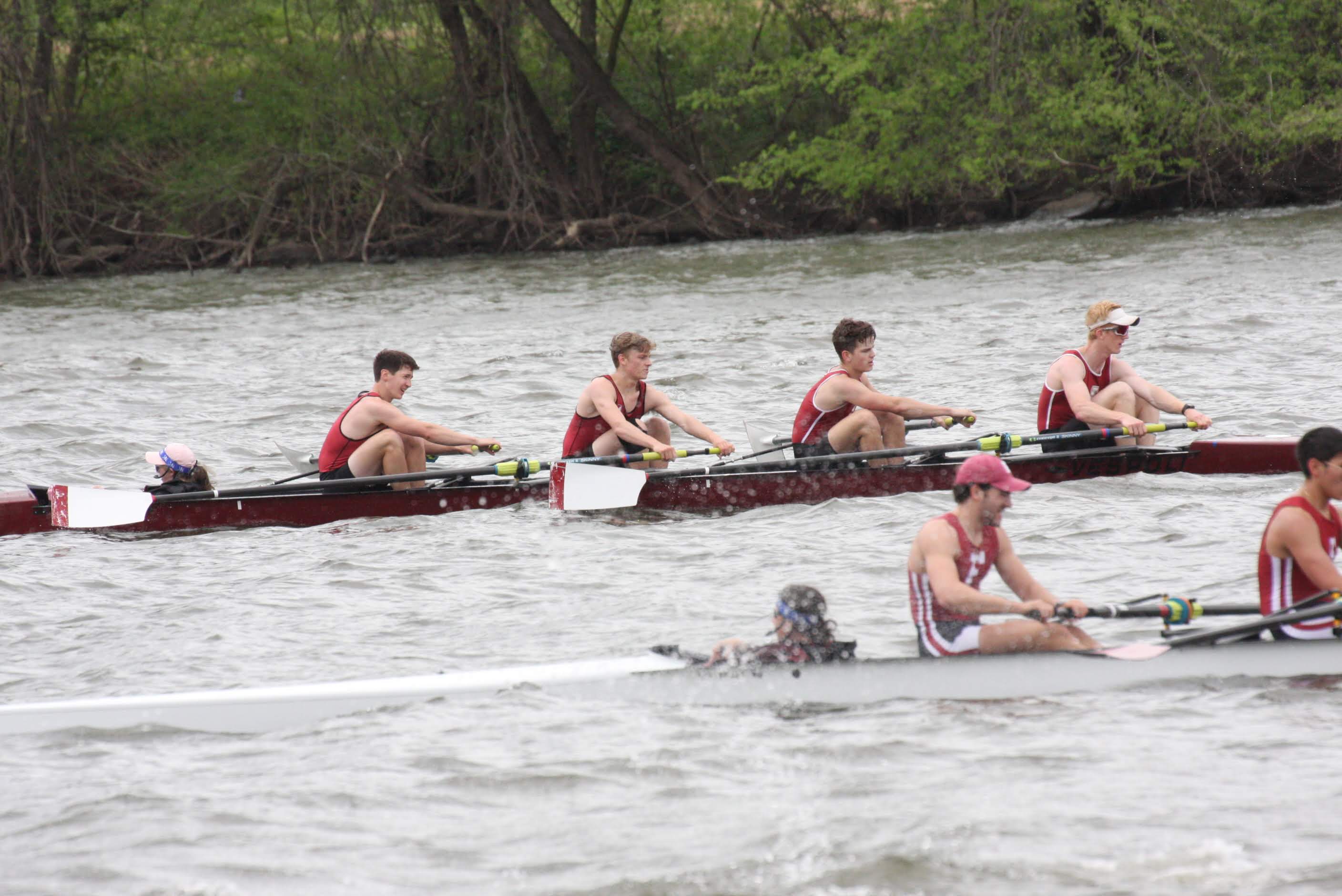 The Lafayette club crew team competed in the Kerr Cup Regatta in Philadelphia, Pa. last weekend, with both the men’s and women’s varsity 4-boats coming in first place in their respective races.

The women’s novice 4 and the women’s varsity pair also emerged victorious in their races, capping off a day in which the women’s boats won three of their four races. Despite the hard conditions, teams felt prepared after gaining the requisite practice last week, freshman Ethan Ames said.

“We spent the week practicing in iffy water, so getting to the race and seeing other teams getting thrown around in the water made it feel like we had a leg up,” he said. “We had been dealing with it all week so it wasn’t anything new.”

“The water was crazy,” senior Spencer Reynolds added. “It wasn’t quite as bad as frostbite in the fall, but still really hard conditions to row in.”

“All of our boats looked really strong,” said Ames. “We had a lot of medals and were out there going head-to-head with the other teams.”

The prior weekend, the team competed at the Knecht Cup Regatta on the Cooper River in Cherry Hill, N.J.

“The team did well, we medaled in multiple events,” Reynolds said. “It was an exciting race for me because we were racing Bowdoin, who came in third last year at [Dad Vail Regatta], and they had a lot of their boat returning. George Mason was also in the race, and they beat us for the National Championship last spring, and they had two or three of their guys returning as well.”

“Our race was pretty exciting,” Reynolds said. “We came out pretty conservative. At the 1000-meter mark, we shifted and took a power 20 and started walking through George Mason and Bowdoin, and then we shifted again at the 1500 and left them behind for the last 500. It was a big confidence builder.”

Up next, the team will travel to Lewisberry, Pa., to compete in the Mid-Atlantic Rowing Conference (MARC) Cup. Their final regatta of the spring season, Dad Vail, will take place on May 10-11 in Philadelphia, Pa.

“[Dad Vail is] our biggest regatta and there will be some competitive teams there,” Reynolds said.

“We’ve been racing well and building our confidence these past few weeks,” Ames added. “We’re ready for them.”