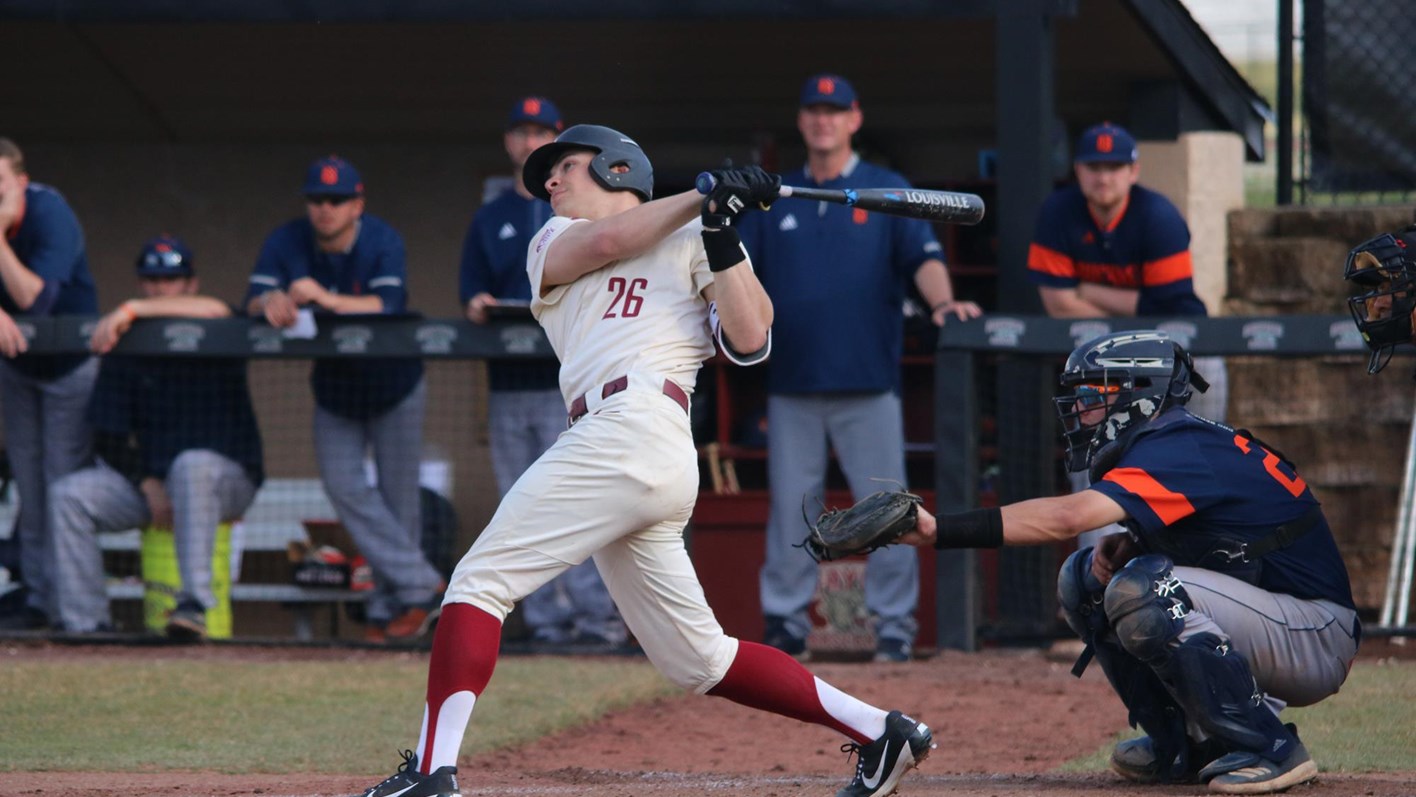 Senior outfielder Dan Leckie got the Leopards on the board in two of the team’s recent games. (Photo courtesy of Athletic Communications)

With a double-header last Sunday, and a game each day from Monday to Wednesday, the Lafayette baseball team came away with two wins and three losses.

The Leopards dropped two out of three in a series against Holy Cross, and lost a close Wednesday tilt to Penn State University. They won their biggest game of the lot, the Liberty Bell Classic Championship under the bright lights of Citizens Bank Park, home of the Philadelphia Phillies.

In late March and early April, the Leopards defeated St. Joseph’s University and Villanova University in Philadelphia, qualifying them for the final this past Tuesday against the University of Delaware. The defending champion Lafayette repeated for the second time in its history, holding on for a 7-5 win over Delaware.

“It is a once in a lifetime experience to play on a big league field, and to win there twice in two years is incredible,” junior pitcher Kenny Campbell wrote in an email. “Being on that field in my uniform was one of the greatest experiences I’ve had as a player, I have the chills just thinking about it. But you never make it to that place without beating multiple good teams, and I’m very proud of all of our guys for getting the job done.”

Freshman Kyle Subers and senior Kyle Johnson set the tone for the Leopards on the mound, throwing two scoreless innings each. Freshman catcher Dylan Minghini drove in junior outfielder Trey Durrah in the second inning for a lead that lasted until the sixth.

Though the Blue Hens tied it in the top of the sixth, senior first baseman Richard Villa drove in sophomore infielder Ethan Stern in the bottom half of the frame to reclaim the one-run lead.

“The most important aspect moving forward is mentality,” Campbell wrote. “If we stay positive, stay relentless, and never let our confidence waiver, we can do some serious damage in the playoffs. This team is capable of great things, and nobody is more ready for the last month of the season than we are.”

The Leopards blew the game open in the eighth after Delaware tied it again, scoring five runs to take a 7-2 lead heading into the final frame. Stern’s RBI single got the scoring started, Durrah and Villa each knocked in runs on sacrifice flies in the inning, and senior center fielder Dan Leckie capped it off with a two-run homer.

They would need the insurance runs, as the Blue Hens added three more runs in the ninth before the Leopards finished off their championship victory.

“[I’m] super proud of all of my teammates, never doubted they would pull off the repeat for a second,” Campbell wrote. “It was a great team win, and when all the pieces come together it’s really fun to watch.”

On Sunday, the Leopards won their first game of the Holy Cross series 9-6, behind homers from Stern, Minghini, and senior infielder Spencer Rouse.

In the second game of the Sunday twinbill, Minghini plated a pair of runs, Leckie started the game off with an RBI single, and sophomore outfielder Colin Hartey added a solo homer, but their five runs couldn’t match up to the Crusaders’ 10.

Leckie started the scoring for the second time in a row by mashing a home run early in Monday’s series finale against Holy Cross, but the Crusaders went on to win 5-1.

Wednesday’s matchup against Penn State was a low-scoring affair, with PSU taking the 3-2 win. After going down 3-0, the Leopards plated a pair in the seventh inning but couldn’t tie the game, stranding two runners on base.

Next up for the Leopards will be yet another double-header, this time in Lewisburg against the Bucknell Bison tomorrow.