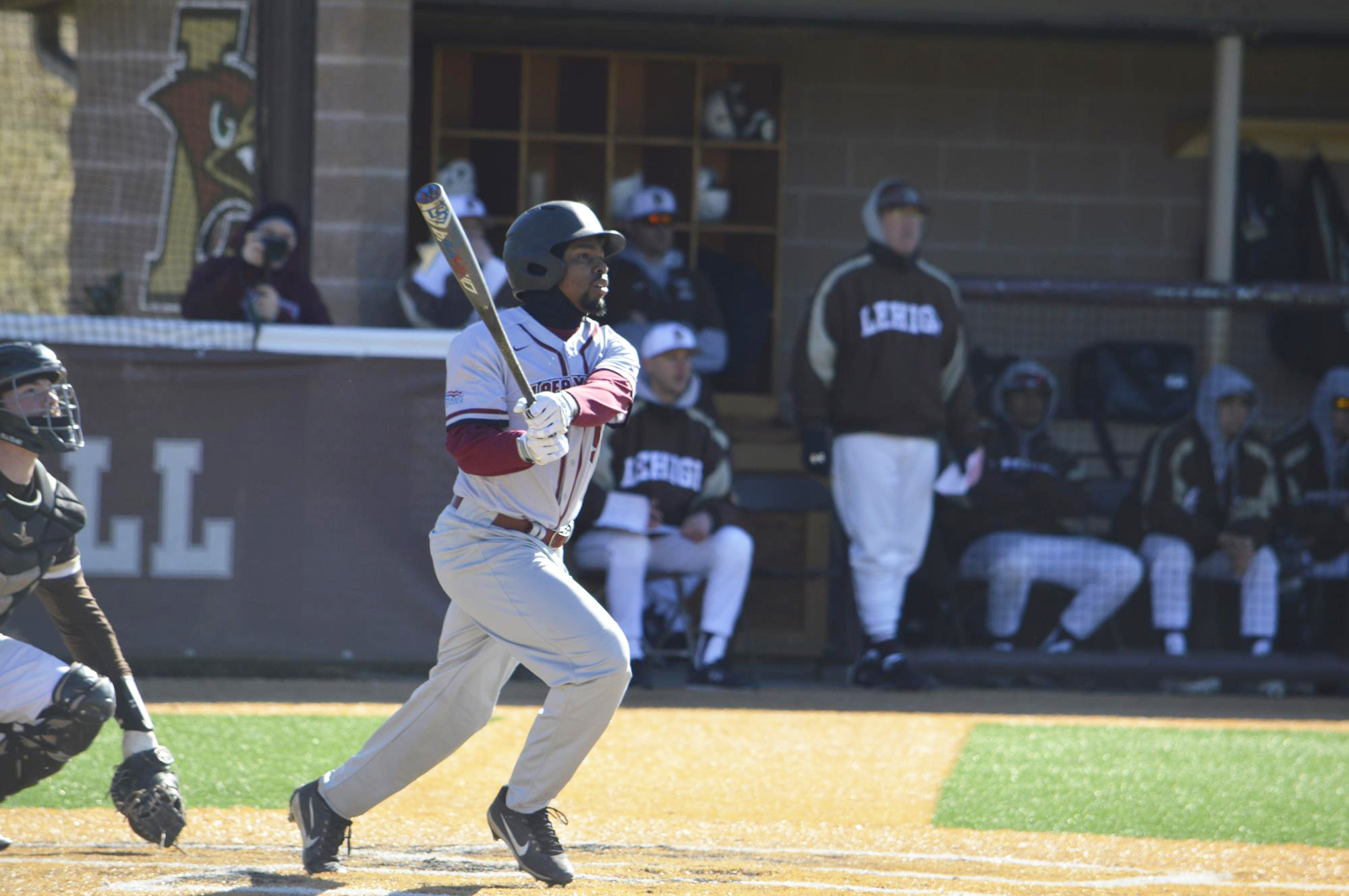 Junior outfielder Trey Durrah, who leads the team in RBIs, is the son of Director of Baseball Operations Greg Durrah. (Photo courtesy of Athletic Communications)

Lafayette baseball’s Trey Durrah, a junior outfielder, leads the team in RBIs with 34; in a series win against Lehigh a few weeks ago, he notched three home runs and 15 RBIs. However, his connection to the baseball program extends further than his recent successes in the batter’s box.

Durrah’s history with the Lafayette baseball program far precedes his current stint as a player. Durrah first was introduced to the program in his youth through his father Greg Durrah, who is the current Director of Baseball Operations. From an early age, Trey grew up with Lafayette baseball as a second home, acting as a bat boy for the team. Durrah recalls that some of his earliest baseball memories came from his time as a bat boy.

“I started [being a bat boy] when I was around four or five,” said Durrah. “Just being around all of those players, assistants, and Coach Kinney built my love for the game.”

Recognizing that he had a rare opportunity, Durrah spent his time developing relationships with various players and assistant coaches, essentially creating a network of mentors that few others had available to them. These mentors and friends are still present in Durrah’s life today, as he was able to reconnect with a few of them during the 150th Anniversary Celebration against Lehigh on April 17.

“Some of the guys like Rob Fioretti [’05], who probably took me under his wing the most during his four years, came back and were able to reconnect,” said Durrah. “Funny enough, the hitting coach for Lehigh, AJ Miller, and I have a pretty strong bond, and we were talking after the game. These everlasting relationships helped me develop as a person.”

Having a parent or a family member as a coach can be challenging at times, but Trey said the Durrahs have managed it effectively. With neither having pushed too far, they have been able to maintain both their father-son relationship and player-coach relationship.

“All of my teammates respect me and have an open arm approach,” Durrah said. “They know that I’ve earned everything. But sometimes there’s a light hearted joke about [my dad]. Something like, ‘Trey’s Daddy’s a coach, har-har.”

Unlike any other player on the roster, Durrah has been able to experience 20 years of change with head coach Joe Kinney. In his youth, Durrah saw Kinney having a heavy hand in each of the different positions and parts of the game.

“[Coach Kinney]’s mellowed out a bit,” Durrah said. “Maybe that’s a bit from old age. He’s been great for everybody. In the beginning, ‘Two-Five’ was the main voice, now he’s more of a helping aid. He lets the assistant coaches run their positions more and more. [When I was a bat boy], Coach Kinney was alway the third base coach, now it’s our new hitting coach.”

Despite growing up around the program, Durrah hadn’t thought about playing for the Leopards until his junior year of high school when Kinney approached him during his football season. Durrah said that his father didn’t provide any pressure one way or the other, and wanted him to make his own decision.

“Coach Kinney alluded to [my recruitment] a bit at one of my football games, where he said ‘You definitely have a future of playing baseball at the next level, but would you want to play football because I’m interested in you coming to Lafayette.’ As soon as he said that, I was like ‘boom shut it down,’” Durrah said.

“I knew I didn’t want to play football [in college], so after my last high school football game, I hung up my cleats and I hung up my helmet. I committed to baseball.”

“We’re in a really good position right now, we’re tied for fourth place in the Patriot League, with eight [conference] games left, and in a way we control our our fate,” said Durrah. “This is definitely the best position we’ve been in with two weeks left since I’ve gotten here. I’m really looking forward to getting after it in these next few weeks and seeing us make a little noise in the Patriot League playoffs.”