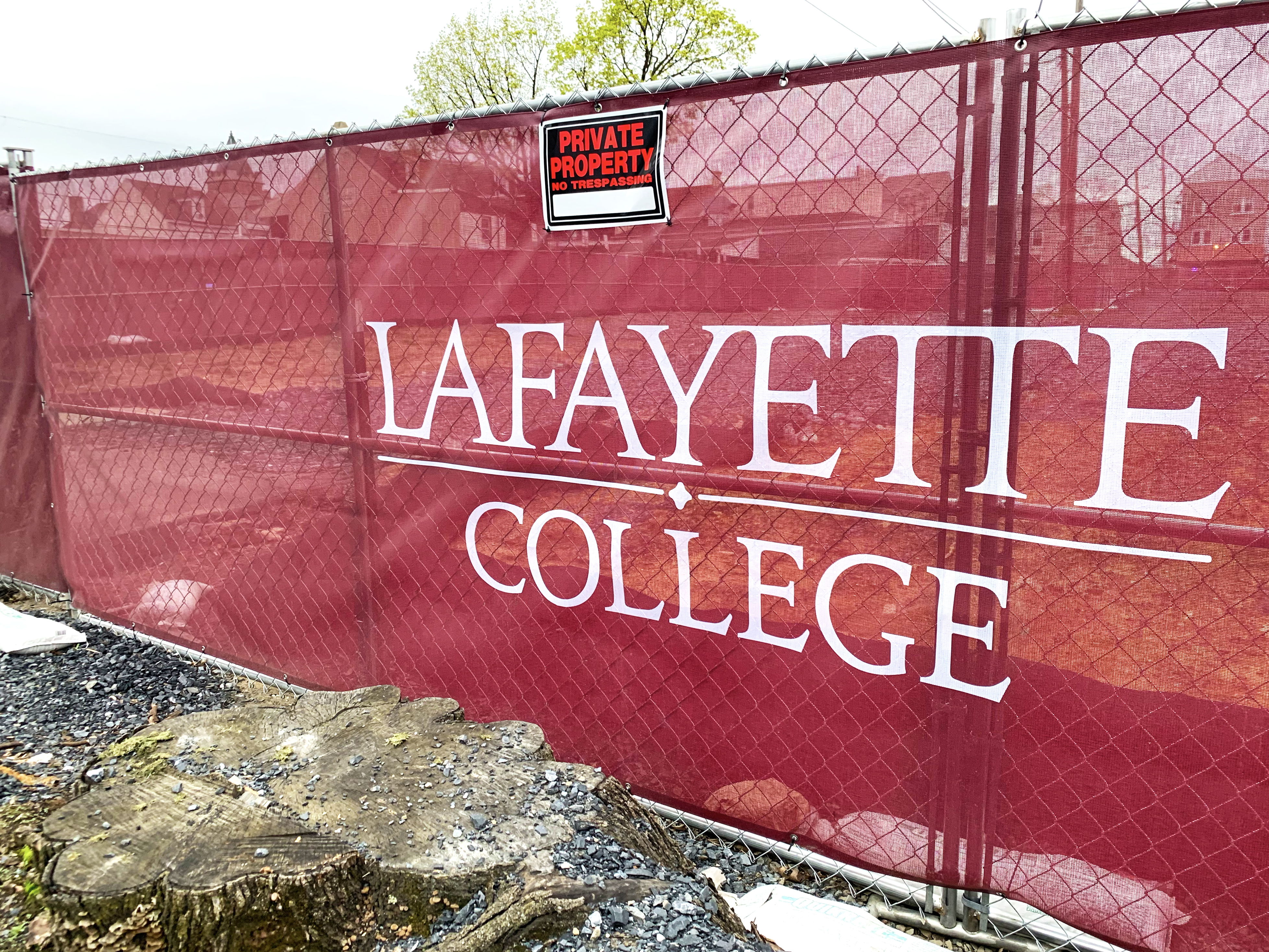 The college is building new dorms on McCartney Street to house the students it plans to add to campus. The faculty ad hoc committee will recommend whether or not to continue adding students each year. (Photo by Jess Furtado ’19)

The ad hoc faculty committee on expansion, first created in February, is taking shape under the direction of its eight newly elected members. The committee will make recommendations to the college annually on whether or not to continue expanding the size of student body. Despite their work beginning this year, any recommendations they make couldn’t take effect until fall 2020.

“It’s going to be a journey,” said economics professor and chair of the committee Rose Marie Bukics. “I think the committee is well staffed with a lot of people who have a lot of institutional memory. It’s not [going to] be easy…but at least we’re planning for this expansion.”

The committee members span the breadth of the academic gamut, with members from engineering, humanities, natural sciences and social sciences, as well as two “at-large” faculty members, and two “ex officio” members appointed by the President’s office.

Members were nominated by the governance committee and were voted into terms of one to three years by fellow faculty members.

The motion to create the committee, which was made by biology professor Nancy Waters, stated that it will be “specifically charged with coordination, oversight, modification of and/or addition to existing metrics governing impacts of size of our student body.” The committee is to focus on maintaining the quality of student and faculty experiences.

Amir Tejani, Special Assistant to the President, is one of the ex officio administrative appointments to the committee. He said any recommendations to slow down or halt the expansion process could not be put into effect until after the next fiscal year, as the school will finalize the budget for fiscal year 2020 in May.

“The money is already allocated, things are already spent,” he explained. “We start the groundwork [for the next fiscal year] in October, what the tuition increase is going to be, and what…will be the financial aid budget.”

“The earliest that we could say ‘slow down’ is for the class that would be coming in the fall of 2020,” Bukics said. “That’s the earliest point that we could [recommend to] put the brakes on if that’s what we determined was appropriate.”

Although the college now officially plans to grow by 50 students per year under the strategic growth initiative, Bukics said that the college has grown by over 500 students since she first arrived on campus in the 1980s.

Forty-eight of these additional students were added this year, for a total of 109 additions over the last four years. Bukics noted that this puts them “ahead of what [their] target was.” The college has said that about 30 students more enrolled than expected for fall 2019.

Bukics also noted that one of the challenges the committee faces is that some of the data they plan to collect next year hasn’t been tracked during the first two years of expansion, since the committee was just formed in the last few months.

The process of gathering new data will also be a challenge in and of itself for the committee, she added, as will analyzing information that has already been collected by the college.

The metrics gathered by the college and the committee are being amassed on an online dashboard accessible to faculty members and administrators. According to Tejani, much of this data comes from the Lafayette Common Data Set, which is publicly available online.

Tejani also noted that confidential information, such as interior administrative reports and counseling center data, are not included on the dashboard or in the Common Data Set.

Part of Tejani’s role on the committee is to ensure that the ad hoc committee and the administrative process in the expansion don’t overlap in their research.

“When the committee confers with different data sources, we want to make sure we’re not using the same ones,” he said.

When the idea for the committee was first brought forth by Waters last semester, she made another motion alongside it to halt expansion entirely. That motion did not pass, and Bukics said halting expansion is not the purpose of the committee, although they have the ability to recommend it.

“The committee is very much…neutral,” she said. “We’re looking to amass data to assess where we are at various points in time. There is no predetermined agenda, no predetermined outcome. It is supposed to be an evaluative assessment.”

Currently, the committee is involved in ascertaining and analyzing campus data from the dashboard, but Bukics said they will eventually be collecting their own data.

“I think what we’re all concerned about is…making sure that the student experience is the same or better,” said Vice President of Finance and Administration Roger Demareski.

“I think our faculty are incredibly dedicated and interested in the future of this college,” Tejani said. “[O]ur faculty are really engaged in the life of the college, really determined to have a voice in where the college goes, and they care so much about student success but experience.”

The committee had its second meeting this Wednesday, and are due to present their findings to the rest of the faculty in May.