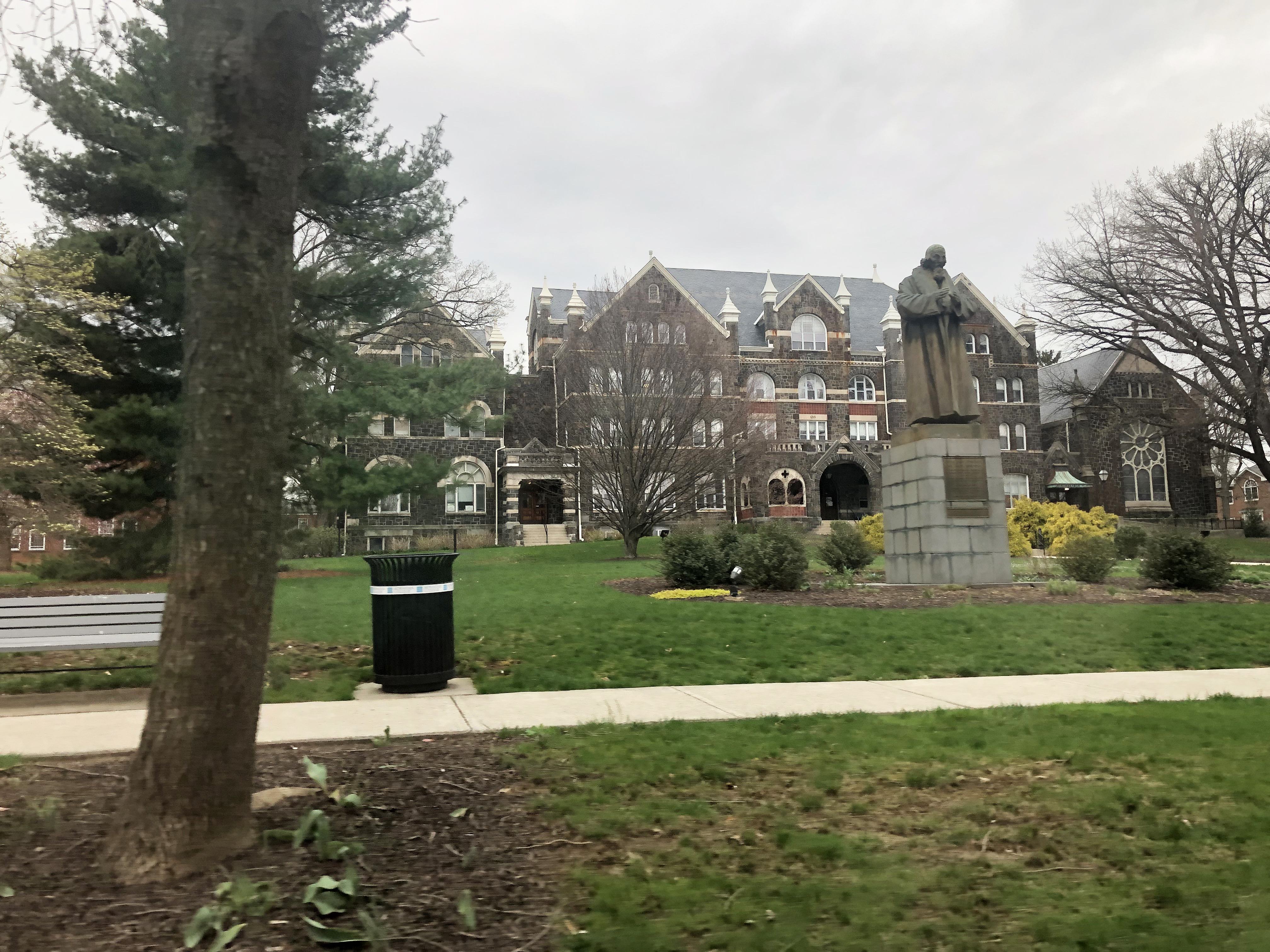 Moravian College is being sued by one of its students for violating Title IX. (Photo by Kathryn Kelly ’19)

A Moravian student filed a federal civil lawsuit against her college and alleged rapist last August, and a trial date for the matter was set for Oct. 28 a couple weeks ago. The student alleges that the school violated Title IX by failing to adequately handle her report that a fellow student lured her into his room and raped her.

The lawsuit alleges that the school never made an effort to move her alleged rapist from any of her classes or from her dormitory, instead offering only that she adjust her life to avoid “the constant presence of her violent sexual predator,” the Morning Call reported.

Lafayette Educational Equity and Title IX Coordinator Jessica Brown said that throughout the investigative process of a formal complaint of sexual misconduct, a team makes a “threat assessment” of the accused.

This team, typically of public safety and other relevant investigators, determines whether or not “interim restrictions” need to be put in place against an accused party while the investigation is ongoing—action taken could include moving the accused from their dormitory, suspending them from campus for the duration of the investigation or “limiting their access to certain places.”

Absent this threat, the college won’t ask or require the respondent to adjust their schedule or living situation—that could be considered a punishment, and they cannot be punished before student conduct hearings determine whether they are responsible for any charge against them, Brown said.

Another allegation made against Moravian in the suit is that the college failed to uphold a no contact order put in place between the plaintiff and accused.

“The [Moravian] [law]suit doesn’t say when the student filed a complaint but contends that from that point, until the hearing in May 2017, the alleged attacker consistently sat next to her in class despite an order to stay away from her,” the Morning Call reported.

Brown said that a no contact order would not necessarily bar the respondent from sitting next to the complainant in class, as that isn’t direct communication. However, “if there were a suggestion that it could be retaliatory conduct [against the respondent] [for] filing [a]…report or participating in an investigation, then it would be investigated,” she added.

“We can put a no contact order in place which basically would not prohibit the [responding and reporting] parties from being in the same class or the same residence hall at the same time, but does prohibit communication between the parties,” Brown said. “If a party were to violate that order,” a student conduct charge could be filed, separate from the sexual misconduct case.

This year, Lafayette has seen nine total reports of sexual assault: four rapes, three sexual assaults and two indecent assaults. The Rape Abuse and Incest National Network (RAINN) reports that about 23% of females and 5% of males on undergraduate college campuses are sexually assaulted “through physical force, violence, or incapacitation.”