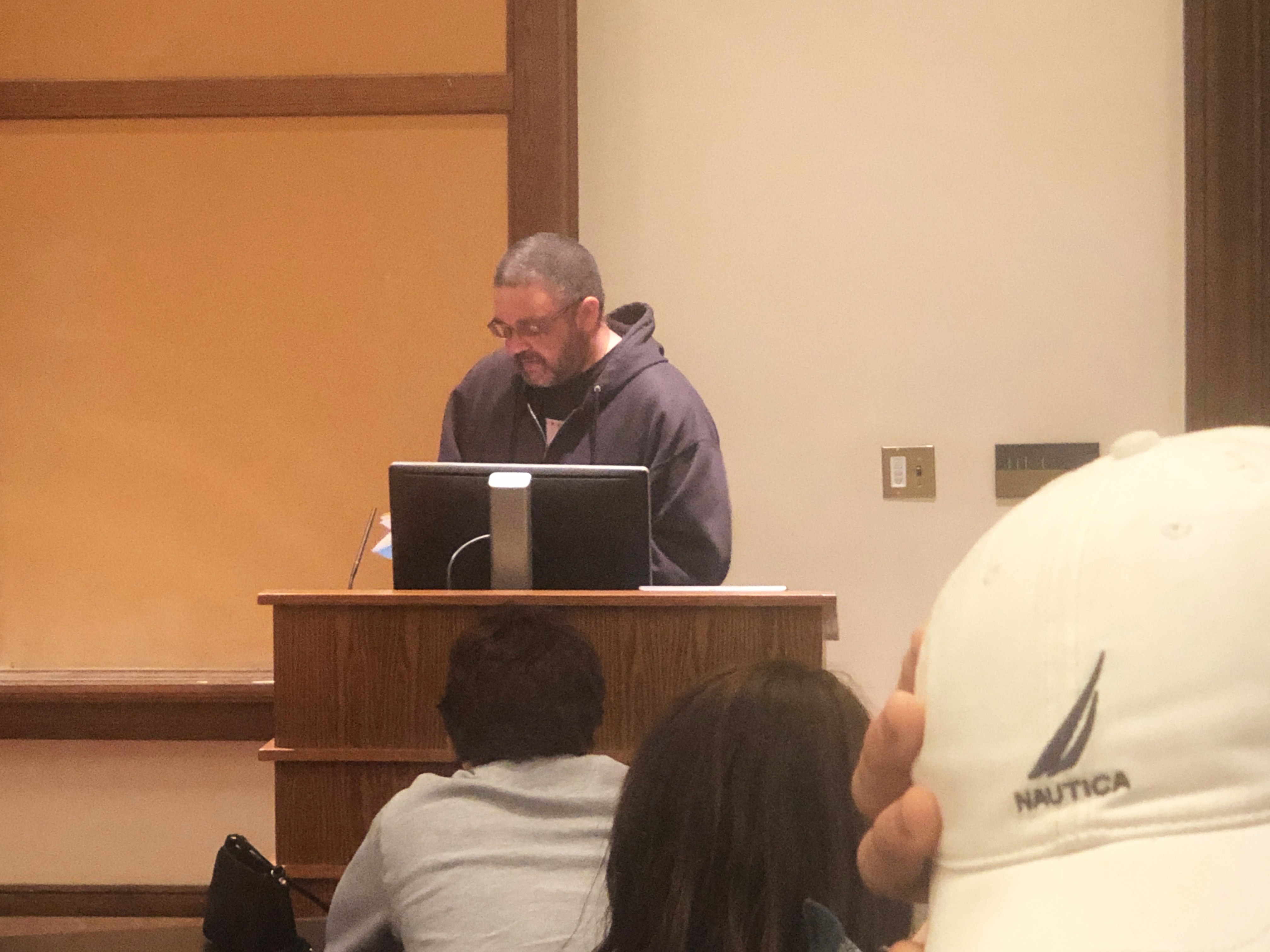 Shane McCrae shared from his most recent poetry book ‘The Gilded Auction Block’ at a reading on Tuesday. (Photo by Mario Sanchez ’21)

Shane McCrae found his love for poetry when he watched a film that featured this particular line by Sylvia Plath, featured in her poem “Lady Lazarus.”

When McCrae was 10 years old, his family moved from Houston Texas to California, where he fell into deep depression and started “doing bad in school,” he said at a Q&A at the college on Tuesday.

Upon coming to terms with his low academic performance, McCrae said he felt that if he wasn’t going to be good at anything else, he wanted to be good at poetry. Adding that before poetry he didn’t cared about anything, except wanting to be a professional skateboarder and a priest.

When he first started writing poetry, McCrae said he was “so bad” at writing poetry that he started with “roses are red, violets are blue” as the first lines of his poems.

A student asked McCrae how he deals with rejection. He answered that he grew used to rejection because he has been “seriously” submitting his works since he was 17 years old.

McCrae was a finalist for the National Book Award, and has written six books of poetry including “The Animal Too Big to Kill” (2014), “In the Language of my Captor” (2016) and his most recent collection “The Gilded Auction Block” (2019). In addition to his many awards, McCrae is the recipient of a Whiting Writers’ Award. He is currently a professor at Columbia University.

When McCrae first started writing poetry, he wanted to create something beautiful because “I was self alluded to think that I could,” he said.

He said that in the books to come, he hopes to make more lyrical poems.

At the Q&A, McCrae advised writers on listening to other people criticize their own work.

“The one key I think really is, and I say this in a kind way, never thinking that you’re any good at all really helps. Humility basically,” he said. “Believe in yourself enough to keep you going [while] also recognizing that you can always improve.”

McCrae was this year’s judge for the MacKnight Black Poetry competition, which Lucy Kahn ’19 won for her poem “Red.” After Kahn’s reading on Tuesday, McCrae read from his recent collection “The Gilded Auction Block,” and new poetry in which he wrote that morning. Some of the poems in the collection directly address the current president of the United States Donald Trump.