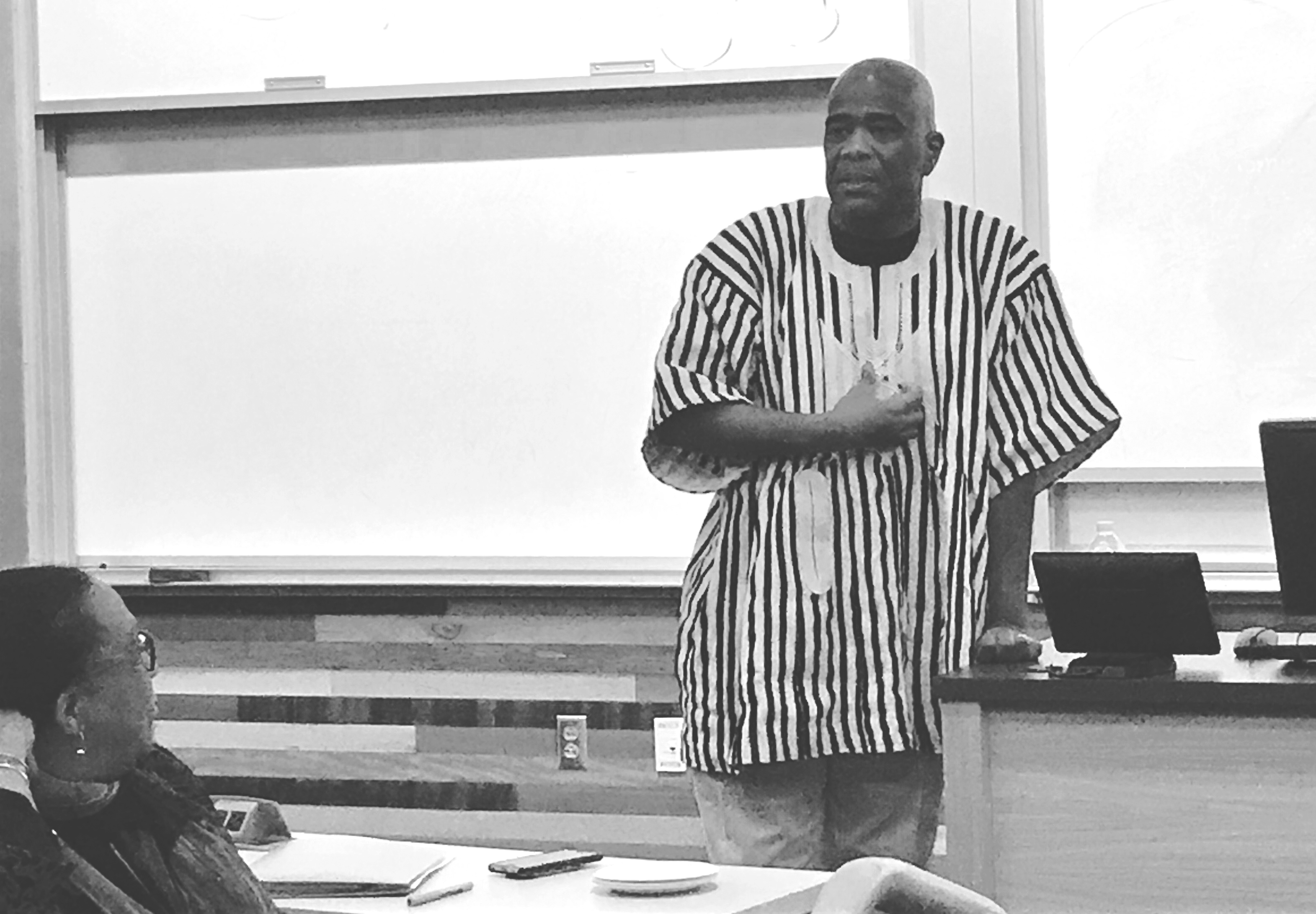 Zadi Zokou talked about the relationship between African Americans and African immigrants to the United States at his film showing Wednesday. (Photo courtesy of Fah Fair ’22)

As an immigrant from the Ivory Coast, filmmaker Zadi Zokou is used to misperceptions and stereotypes.

“I remember when I first came [to America]… there was a kid who heard my accent,” he said. “His mom asked me where I was from and I said, ‘I’m from Ivory Coast in West Africa,’ and the kid said, ‘Ah, you’re from Africa? How did you escape from Africa?’”

Zokou’s documentary “Black N Black” provides an insightful glance into the lives of African Americans and African immigrants in the United States, exploring stereotypes associated with both groups.

The documentary focuses on individual and spiritual issues within the relationship between African Americans and African Immigrants, as Zokou travels to Ghana, the United States, and the Ivory Coast.

Zokou presented his film at the College on Wednesday.

One of Zokou’s favorite parts of the project was meeting African Americans and African immigrants and “hearing what they have to say,” he said in an interview.

Zokou also enjoyed the opportunity to travel for his documentary. He said he was able to speak to his family “from a new perspective.”

Zokou believes the media plays a huge influence in perpetuating negative stereotypes of Africa, particularly movies such as “Blood Diamond” or “Hotel Rwanda.”

“They rarely show positive things about African culture and African Americans and if you’re not aware of these biases, you tend to believe everything they say,” Zokou said.

He also believes it is important to fact-check, especially in a time where information can come from any source.

“It is important to have a curiosity,” he said, “and many people either don’t have it or they don’t have the time.”

This is the first project Zokou has completed specifically on relationships. However, he has studied the history of Native Americans and African Americans in Southern New England in a previous project.

“This experience of dealing with race relations… helped me in the making of ‘Black N Black,” Zokou said.

For his next project, Zokou plans to explore a much more personal topic to him: DNA. In a DNA test performed during “Black N Black,” Zokou found, to no surprise of his own, that he was from the West African Coast.

He was shocked, however, to find hundreds of DNA matches to distant relatives. At least 99% of them were African Americans, including about twelve fourth cousins.

“That means that I share an ancestor with—I share a third grandparents —with those African Americans. One of my ancestors came here a long time before me, maybe in the 1800s, and I even met some of my African American relatives here in the U.S., so my next project is going to be about this experience with this ancestor,” Zokou said.

How can this documentary be viewed?