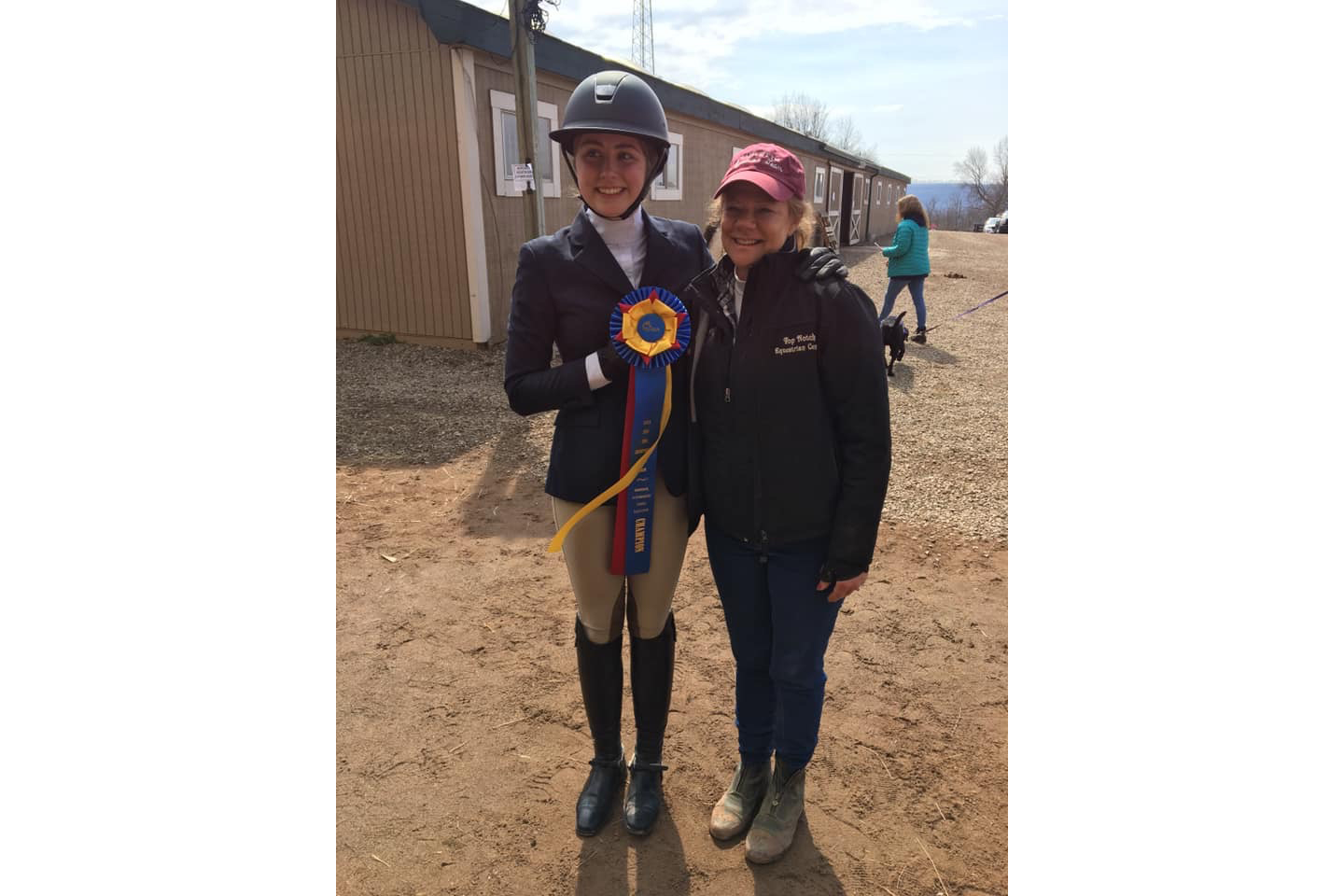 Senior equestrian captain Justine Perrotti competed in zones last Sunday, where she qualified for Intercollegiate Horse Show Association (IHSA) nationals. The day before, the team earned third out of five teams at Battle in the Saddle (BITS).

Perrotti’s win in her fences class qualifies her to compete with the best in the country at the nationals. The team’s performance at BITS included many riders performing well in their final team show. The team qualified for BITS by finishing in second place in their region, and therefore earned the chance to face other second-place teams.

After BITS on Saturday, Perrotti got her chance in zones, riding to eighth in a pool of 10. Perrotti said she wasn’t sure how she did because she was too nervous to watch the other riders.

“We all knew except for Justine,” said sophomore Charlie Brownstein. “I didn’t know if she won, but I knew she was probably going to nationals. I was confident when [junior] Julia [Lee] was reading the places.”

Lee was the announcer for the day. She received the scores from the judge, but was not allowed to reveal anything until it was time to announce the final standings.

“I was just sitting in my chair, dying,” Lee said. ”When the judge handed me the scorecard, I immediately started tearing up, so it took me a few minutes to breathe and read 10th place. When I got to her name, my voice cracked and I started crying.”

Lee announced that Perrotti won her class at zones in front of her teammates, her coach and her mom.

“When I heard my name called first I was in pure shock and awe,” Perrotti said. “I heard a squeal from the crowd that turned out to be [head coach] Kelly [Poff] who was blubbering in tears when I came out of the ring and I was crying too.”

Poff said she knew Perrotti did the best course she could.

“We’ve been working on her riding and her jumping,” Poff said. “We walk before her class and decide what turns we’re going to make and approaches to the fence. She executed it beautifully.”

Freshman Margo Mukherjee was one of many Lafayette riders to perform well at Battle in the Saddle, winning the team class. The team finished in third place overall.

“I was really proud, I thought everyone had really good rides,” Brownstein said. “We worked really hard as a team and I don’t think anyone felt bad about their ride after they got off their horse.”

Perrotti and Poff went to Virginia to compete in the American National Riding Commission (ANRC) show. According to Poff, she will compete against “a lot of the best colleges.”

Perrotti and Poff are preparing to go to Syracuse in May for her first appearance in nationals.