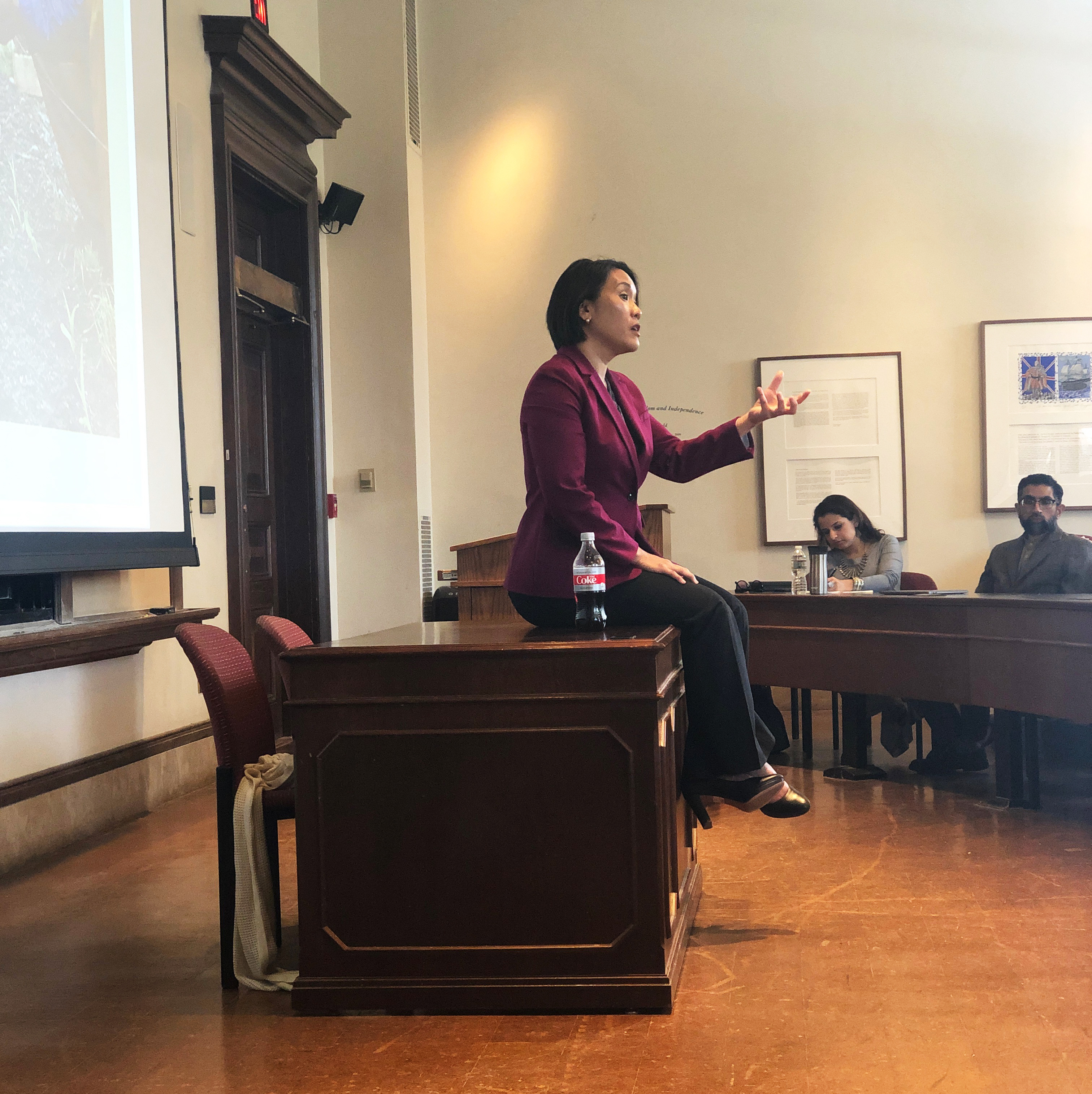 Sylvia Chan-Malik came to the college to speak about the historical and current roles of Muslim women in America on Tuesday. Chan-Malik recently wrote a book on this topic, entitled, “Being Muslim: A Cultural History of Women of Color in American Islam.”

Chan-Malik is a professor of American studies and women and gender studies at Rutgers University-New Brunswick.

In her 2018 book, Chan-Malik gives a voice to women of color within the American Muslim community. She discusses how religion, race, sexuality, gender, politics and ethnicity shape the lives of these women.

The book consists of accounts by several women with differing relationships to Islam and the different roles they take on. Through their stories, Chan-Malik builds a history of Islam within the United States through the perspectives of Muslim women.

Chan-Malik focuses on women in her book because she feels that the discussion on Islam in the United States is often centered around Muslim women, specifically those who wear the hijab.

In her talk, Chan-Malik talked specifically about two women with very different lives.

The first, Sonia Sanchez, who is an instrumental poet from the Black Arts movement.

As a member of the Nation of Islam during the 1970s, Sanchez pushed against the white, Christian narrative of womanhood. She used Islam as a spiritual and political lens, displaying her agency as a black woman.

Chan-Malik also spoke about Nourhan Elsayed, a Duke University student who published an op-ed article in The Chronicles, Duke’s independent student-run newspaper. Elsayed is Egyptian-American and wears a headscarf.

Elsayed’s article, “Feeling Muslim” explains how her “Muslimness” became apparent to her after the Boston Marathon bombing. She wrote that she had to deal with knowing that some strangers hate her due to the strong Islamophobic presence in the media.

Chan-Malik’s choice in including these two women’s stories in her lecture was deliberate: she wanted to show the audience that the relationship for women between Islam varies due to their individuality.

She emphasized that the term “Muslim women” cannot be used as a blanket statement for an entire group.

“The one thing I’d like to point out is that we live in a moment, right, this contemporary moment, in which it seems [there is] so much…subtext or underlying meaning in which Islam and Muslims are extremely significant,” Chan-Malik said.

According to Chan-Malik, American media has painted Islam as a foreign force that rejects Western ideology.

This Western rhetoric of Islam is the “backdrop” of the discussion about Chan-Malik’s book.

View all posts by Umamah Masum →