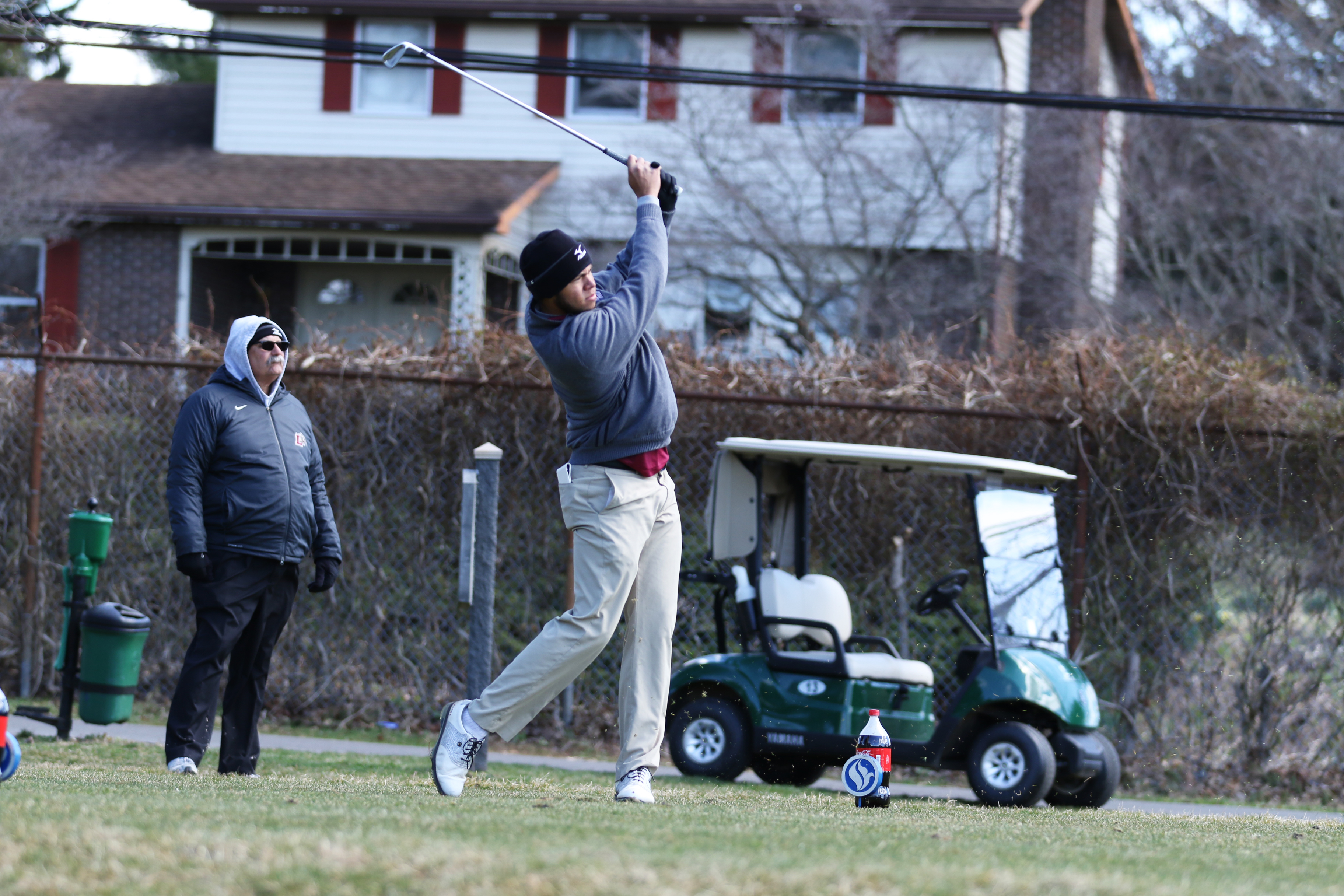 Junior Will Halamandaris finished in a tie for third place with a 4-under 138. (Photo courtesy of Athletic Communications)

The men’s golf team finished fifth out of 20 teams in the two-day Wildcat Invitational, hosted by Villanova University at the White Manor Country Club in Malvern, Pa., on Monday and Tuesday.

“This week was really awesome to see the whole team play well,” freshman Ryan Tall wrote in an email. “I think we all know what we are capable of and this weekend was a great example of what we can do.”

The team shot three-under par in the second round en route to the fifth place finish. Junior Will Halamandaris was four-under par, tying for third place with a score of 138. Sophomore Brendan Cronin and Tall tied with two others for 25th place with a score of 143, with freshman Kazuki Osawa finished one stroke behind with a 144.

“All day I felt in command of my swing and sooner or later I knew I was going to drop a couple putts,” Cronin wrote in an email. “I got my round to -4 at a point but struggled on the back nine on holes 12-14 with three straight bogeys.”

Cronin attributed a change to his putting stroke which helped him lower his score on the second day of the competition.

“I putted horrible the first day of the tournament that resulted in me not turning in the score that I thought I should have had,” Cronin, who shot a 74 the first day, wrote in an email. “But on the second day I changed my putting stroke a little bit and was giving myself better looks at birdie.”

“I had 6 birdies on the second day and was rolling the ball a lot better,” he added. He shot a 69 in the second leg of the tournament.

At the Invitational, the Leopards were the highest placing Patriot League team, narrowly beating Colgate by one shot while Lehigh and Bucknell placed 13th and 17th, respectively.

“The course was playing easy, as seen by scores of other players, and my playing was just another good round of the day,” Cronin wrote. “The team played amazing and finished in front of all Patriot League schools in the field. We are excited to finish off the spring season and bring home a Patriot League Championship.”

The Leopards return to the green on Saturday, April 13, at the Columbia Invitational, a two-round competition at the Montclair Golf Course in West Orange, N.J.