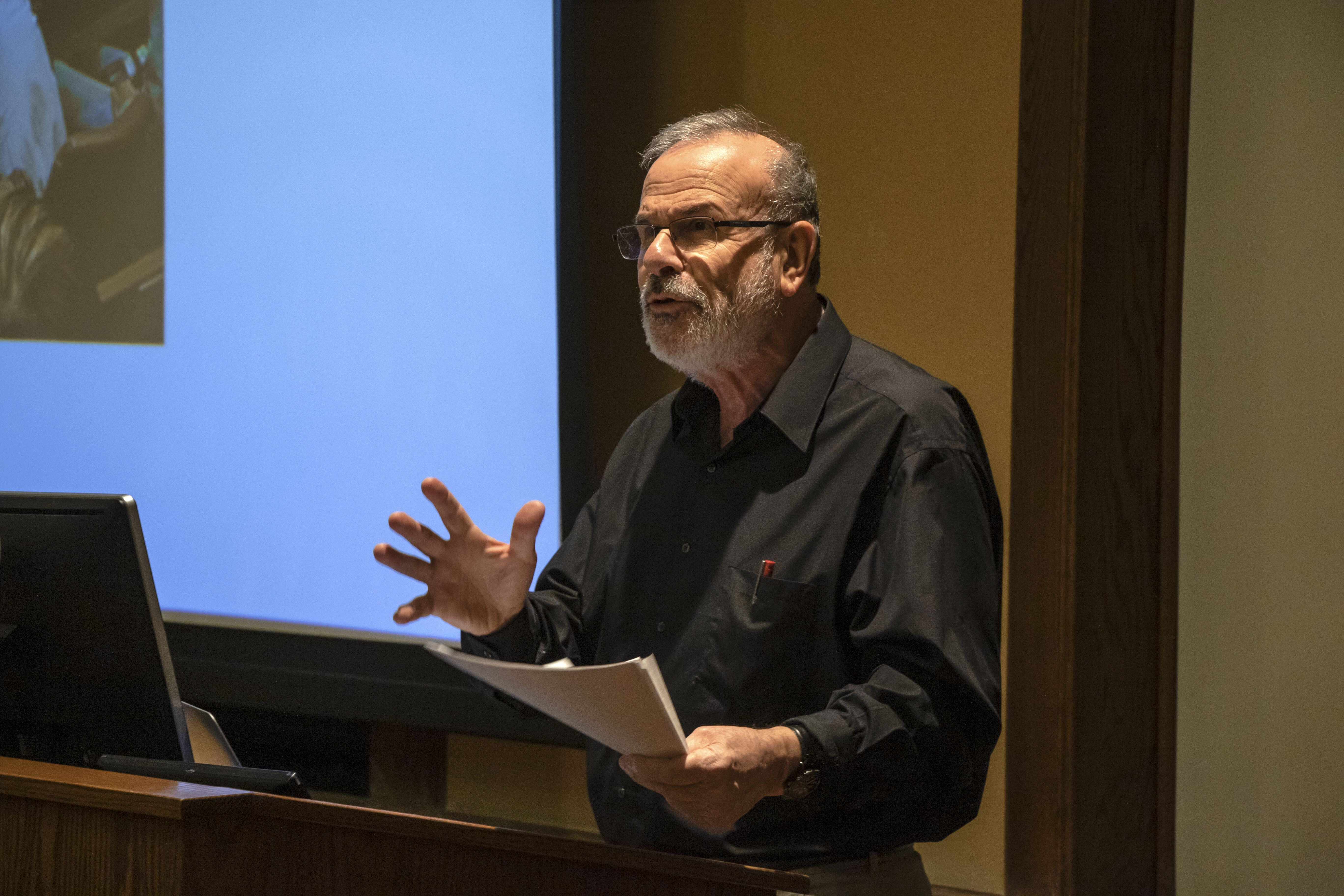 Benjamin Netanyahu, the current Prime Minister of Israel, is being indicted after ten years in his role. Israel is now preparing for an election on April 9 that will effect the political future of the region.

Born and raised in Israel, government and law professor and chair of Jewish Studies Ilan Peleg spoke about the April 9 Israeli Elections to a crowded audience of staff, students and faculty on Wednesday night.

Peleg focused mostly on the Israeli perspective. However, in his talk he addressed a variety of perspectives and points and conducted a thorough analysis of the upcoming elections, the cause and potential ramifications of the result.

“Israeli politics is also related to a lot of other countries’ politics. I think it demonstrates a lot of the processes that are happening in other countries such as the role of leadership, the use of populism, sometimes issues with equality of democracy,” said Peleg in an interview prior to the talk.

Peleg began by acknowledging the success of Israel over the last sixty years. Attributing credit to how, much the country has developed over his lifetime.

“It is doing quite well economically. When I grew up in Israel, Israel was definitely a third-world country. Today it is definitely in the first-world movement of nations, it is a member of OECD, which is the 36 most developed countries,” said Peleg. “Technologically it is also quite impressive, especially in the high-tech area.”

“The Israeli control of the West Bank is considered to be very bad for Palestinians, but also for Israelis,” he said, arguing that the current conflict in Israel has the same negative impact on the Israelis as it does the Palestinians.

“Just because you have a solution does not mean you have an end to violence,” Peleg said.

Peleg explained the main issue is what will become of the West Bank. He discussed the two solutions: one state or two states. Peleg stated that the one-state solution is likely to lead to further conflict between Israelis and Palestinians, potentially deteriorating into another intifada. Intifadas were uprisings of Palestinians against Israeli control of the West Bank, with one happening from 1987 to 1993 and another from 2000 to 2005.

“Annexation for all intents and purposes is a non-starter,” said Peleg.

Peleg then turned to analyzing the much more widely accepted two-state solution for Israel and Palestine.

Peleg explained that there are three main issues that must be dealt with when considering a two-state solution. First, there is a need for a demilitarized state. Second, there needs to be a solution to Jerusalem, as it is the Israeli capital but an important religious site for both Israelis and Palestinians.

Thirdly, explained Peleg, a solution would need to be found for the refugee problem. Despite these difficulties, the two-state solution is preferred by the majority of the world.

“The two-state solution is supported by the vast majority of humanity. This includes, at least formally, the United States of America, China, Russia, the European Union, the United Nations, I could go on and on,” Peleg explained.

With the major divide and no clear solution to solving thee conflict in Israel and Palestine, Peleg believes that the upcoming elections can drastically affect the future of the country.

“This could have major consequences for the possibility of peace between the Israelis and the Palestinians on the west bank. The nature of the relationship between Jews and Arabs in Israel itself, the quality of Israeli democracy,” Peleg said. “Everything is on the line and you have a variety of positions all of them important to the voting public. These are very intense elections.”

“What we have in the West Bank and Gaza is very much on the agenda for not just Israelis and Palestinians but for the rest of the world,” Peleg explained.