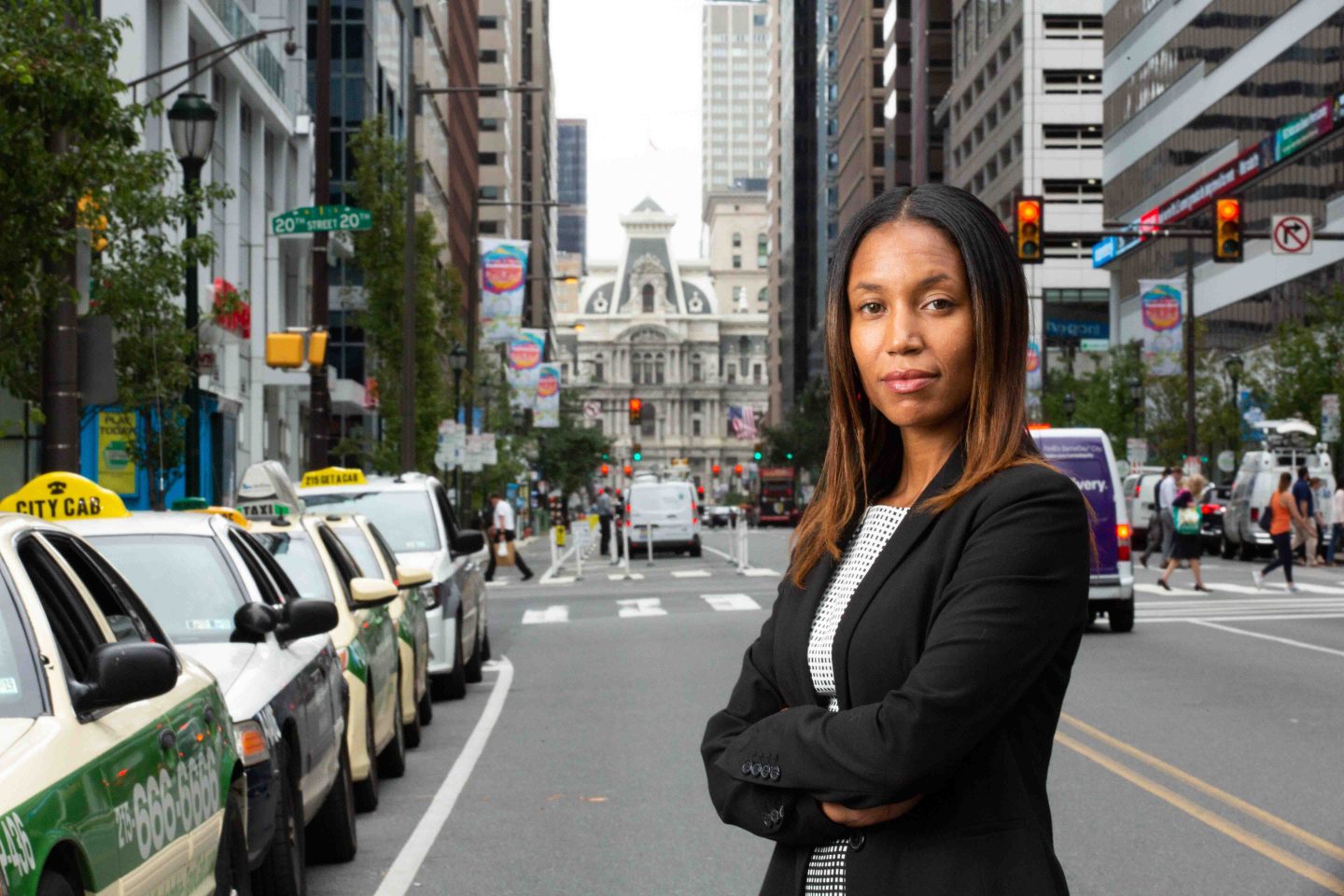 Kristen Gibbons Feden ’04 graduated from Lafayette with a degree in neuroscience. (Photo courtesy of Lafayette Communications)

Prominent lawyer and Lafayette alumna Kristen Gibbons Feden ’04 spoke to students on Tuesday about her influential role as prosecutor in the Bill Cosby trial. Hosted by Pards Against Sexual Assault (PASA) and the Office of Intercultural Development, the event was held as a part of the ongoing “I Ask” Campaign Sexual Assault Awareness Month.

Feden spoke to a packed audience which filled every seat in Oechsle 224.

After graduating from Lafayette with a bachelor’s degree in neuroscience, Feden went on to law school at Temple University. While there, she was the editor for the Temple Political and Civil Rights Law Review, and received numerous awards for her work in law.

After law school, Feden went on to work under the district attorney in Montgomery county and obtained numerous convictions, primarily focusing on sex crimes and domestic abuse. She also teaches classes in sociology at Rosemont College, and has been actively involved in the Lafayette alumni network.

“The main way to prevent and eliminate sexual assault is to just be aware,” she said. “Aware that it exists, aware that there are a lot of misconceptions behind it, and just be willing and ready to be there for a survivor, to be a friend and a confidante.”

Feden then delved into her involvement in the Cosby trial and the now infamous demise of the once-beloved actor and comedian.

Cosby was accused of assaulting and drugging a woman named Andrea Constand in his home in 2004. Feden explained that Constand did not report the incident until a year later when she told her mom, who immediately called the police. The result was a lengthy investigation and a trial that eventually ended in a hung jury.

Feden’s involvement was in the second trial, which she said was partially spurred by a joke highlighting the hypocrisy of Cosby’s moral tirades against sagging pants made by comedian Hannibal Buress. The video of this joke went viral, and fresh accusations began to appear.

At this time, Feden was asked by the District Attorney to hand in a letter that would involve her in the Cosby trial itself. She noted the shock and even hesitation she felt at the time because of the idealized public image Cosby had crafted for himself.

“Look at his private life, he was a philanthropist, giving money to schools…and that was what people thought he was,” she said. “Unfortunately he was also drugging and raping women.”

Cosby’s status was particularly notable among the African-American community, as Feden explained that the depiction of his family life was substantially divergent from the often violent and criminal depictions of African-American families on TV at the time.

“It was nice to see an African-American family in a positive role,” she said.

At first, Feden said she was worried about backlash from her community as a result of her involvement in the trial.

“When I got this letter I was thinking about myself, and it was really quick when I realized, you know what, there’s a victim here. There is someone suffering,” she added. “This is not about the backlash I’m going to get from my dad, this is not about anything other than just doing the right thing.”

She also noted that trust plays a large role in sexual assault, as the majority of sexual assault’s are committed by someone whom the victim already knew. Cosby’s iconic status as “America’s dad” earned him the trust of the general public as well as the women he assaulted.

“If my dad handed me a benadryl, I’m not going to ask what it is,” she said.

View all posts by Ellen Zammarchi →