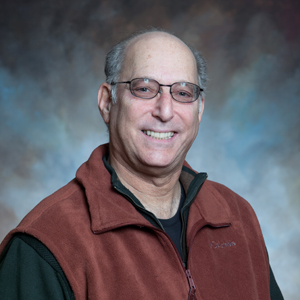 Professor Robert Weiner will retire this May after a 50-year long career at Lafayette. (Photo courtesy of Lafayette History Department)

Robert Weiner, beloved history professor for nearly 50 years and co-leader of the Hillel Society, is retiring from teaching at the end of the spring semester.

With a career at Lafayette characterized by putting students first, Weiner was integral in making campus a place where Jewish members of the community could not only feel comfortable, but thrive. The acquisition of a Hillel house back in 1972 was largely a result of his doing. On top of this, he has worked in more intangible ways to make his very unique impact on the community.

Weiner attended college at both Temple University and Gratz College in Philadelphia. After figuring out that he could apply his studies of English constitutional history to Biblical studies, he decided to pursue a doctorate from Rutgers University. He applied for teaching jobs at multiple schools in the area, but was pursued by Lafayette College. Albert Gendebien hired him at Lafayette and waited two months for him to return from Europe to start the job.

He began his career as a history professor at Lafayette College in August 1969.

Recently, Weiner has mainly taught courses on nineteenth and twentieth century European history, modern Jewish history, the holocaust and French art and politics. Over the last 50 years however, Weiner has tried his hand at a variety of different courses.

Weiner began his career specializing in European diplomacy. However, his primary interest eventually shifted to studying the French Jewish community. He had the opportunity to conduct research in France on multiple occasions. Twice, he brought a group of students on an extended trip to Dijon, France.

“Those were probably my favorite teaching experiences of all,” said Weiner.

On these trips, Weiner would interview members of the community. His talent as a singer would allow him to lead parts of services and get invited into the homes of members of the French Jewish community easier.

Along with retired professor Richard Sharpless, Weiner worked to publish a 2012 book of interviews entitled “An Uncertain Future: Voices of a French Jewish Community, 1940-2012.” The book features the work of several Lafayette Excel Scholars who translated parts of interviews.

“Everything I’ve published from the 1980s on has had some student imprint,” Weiner said.

Weiner’s published works also include his series of 36 lectures included in The Teaching Company publication: “The Long 19th Century: European History from 1789 to 1917.” Upon its publication in 2005, Weiner has been able to use his own lectures as the textbook for his nineteenth century Europe course.

“Fourteen years later, I’m still getting letters every month from people listening or watching these lectures, asking for books to read, occasionally disagreeing with me, usually thanking me deeply from the bottom of their hearts, including Lafayette alumni…I got one just yesterday from a Lafayette alumnus, and that was extraordinary,” Weiner said.

At the same time, Weiner was working on founding the Hillel Society on campus. He raised enough money to put a down payment on the Hillel House through 22 people donating $100 each.

“I realized that the Jewish students needed a safe space…a place to be totally within one’s own culture and to welcome others,” said Weiner.

“There was a kind of social and cultural anti-Semitism at the college when I first came here [50 years ago]. Someone warned me, and said, ‘I hope you won’t be offended, but people are referring to you as ‘the Jew on campus.’ I had no intention of doing anything with Hillel. I came here as a French historian,” said Weiner.

In February of 1971, Weiner sat down with The Lafayette to discuss the concerns and needs of the Jewish population on campus.

“The two major problems that have severely hampered Hillel’s role on campus have been the lack of a Hillel center and the lack of adequate personnel to guide the society,” he said in the 1971 article entitled “Weiner comments on Hillel needs; Examines Jewish identity crisis.”

Less than a year later, the organization had a house on McCartney Street. In an article from late January of 1972, The Lafayette described Weiner as being an integral part of acquiring the house.

Weiner was “in the middle of every aspect of the house, from financing to furnishing,” the article reads.

Today, Hillel is run by a team of a student board and faculty members. But, in the beginning, Weiner was on his own in leading the organization.

“Come Hanukkah, 50 kids were in my house, and my wife and a couple of students were making latkes,” Weiner recalled.

Weiner has been leading services since he was 12 years old. His unique skill set has contributed greatly to Hillel Society. However, until he was appointed Jewish Chaplain about twenty years ago, the college did not pay him anything for those services.

“The community needed a focus, it needed pride, it needed to establish itself. I learned that students at that time went to Lafayette College sometimes with a lot of pain. They knew where they didn’t belong…There were places on campus that were not welcoming,” Weiner said.

Every week, Weiner meets with students privately, holds a board meeting on Mondays, completes midweek programming of cultural and social events, arranges for Friday night dinners and Sunday brunches, including the beloved ‘Bagel Brunch’, spends hours on admissions work and fundraising and is available to privately teach and discuss with students.

Weiner said that the best part about Hillel Society is that it is open for everybody.

“[Lafayette College is] up to our time, and in some cases, ahead of our time, in terms of cultural awareness and sensitivity and proactivity and all of those wonderful things. We have administrators who are totally committed to that design, the faculty is totally committed, and most students are committed to that way of living. I like to think of Lafayette as a safe space, not just my office, but the whole college, on some level. It was absolutely not a safe space 30 years ago for anyone who was really different,” said Weiner.

Upon his retirement, Weiner is looking forwards to spending time with his family. He has three sons and four grandsons all living within a few hours, and is hoping to catch more soccer and basketball games, as well as wrestling tournaments. He and his wife are also looking forwards to spending more time in Florida. However, Weiner is still committed to the projects he has started at Lafayette.

“I want to stay focused, I want to keep learning. When we’re here, I’ll still be as helpful to Hillel as possible, especially in terms of helping to raise funds…I’ll try not to get in peoples’ way too much. Occasionally teach, maybe,” said Weiner.

Weiner reflected on his time at Lafayette overall, noting that what he will miss most about Lafayette is the students.

“Outside and inside, our students are incredible. That’s been the hardest thing to think about in terms of retirement, to think about, on a weekly basis, not being on contact with people who really want to learn something and who will do good things, so you have a feeling that whatever you put in, it’s going to be magnified everywhere, because we see them taking your Lafayette learning and experience and creating communities elsewhere, and that’s good for everybody,” said Weiner.

Correction: The print version of this article states that Professor Weiner is the founder of the Hillel Society at Lafayette. He was not the founder.

If you are really lucky as a student, you find that one teacher or Professor who takes an interest in you and helps develop your intellect and discover who you are and who you would like to be. Professor Weiner was that teacher for me. The Lafayette campus, History Department, and Hillel will surely miss him! Here’s to a well-deserved retirement. All my best Professor Weiner,

I just watched Professor Weiner, speaking on ‘The Origins of World War II’ on C-SPAN, for the second time. I had been able to watch only a portion on the first showing. I admire his knowledge and dynamism. I had a couple of good history professors at George Washington University in the 1960s, but he tops them!
I wish him a happy, productive retirement.

Sorry to hear you are retiring, but you surely deserve the time to have a more extensive private life. I was a student of yours, learned much from you and was one of those who helped in building the Hillel House. Reading this article it seems I was in that first Jewish History class. I recall our main text by Abram Sachar. I think it was called A History of the Jews.

Though I was not officially a history major, I took more courses in history than any other. Other professors I recall with fondness were Dr. Gendebien, Mr. Cox and Richard Welch, a spellbinding speaker. And also one from economics, Dr. George Sauce, a poor speaker stylewise, but brilliant at conveying knowledge, and also Dr. Handsaker.

Hope you read this. I think of you from you time to time and how I learned from you about history and essential decency.

Don’t mean to end on a low note, but just listened to some airheads on youtube, who are listed as professors and they seem to have no rational thought process or rackmunis for any but themselves or those who share their thought processes.

I listened to your lecture on the origins of World War II A lot of good information, but you leave out two important issues when discussing appeasement:

1. The level of support for pacifism among the British people.
\
2. The fear of the Soviet Union and the need for a European bulwark.