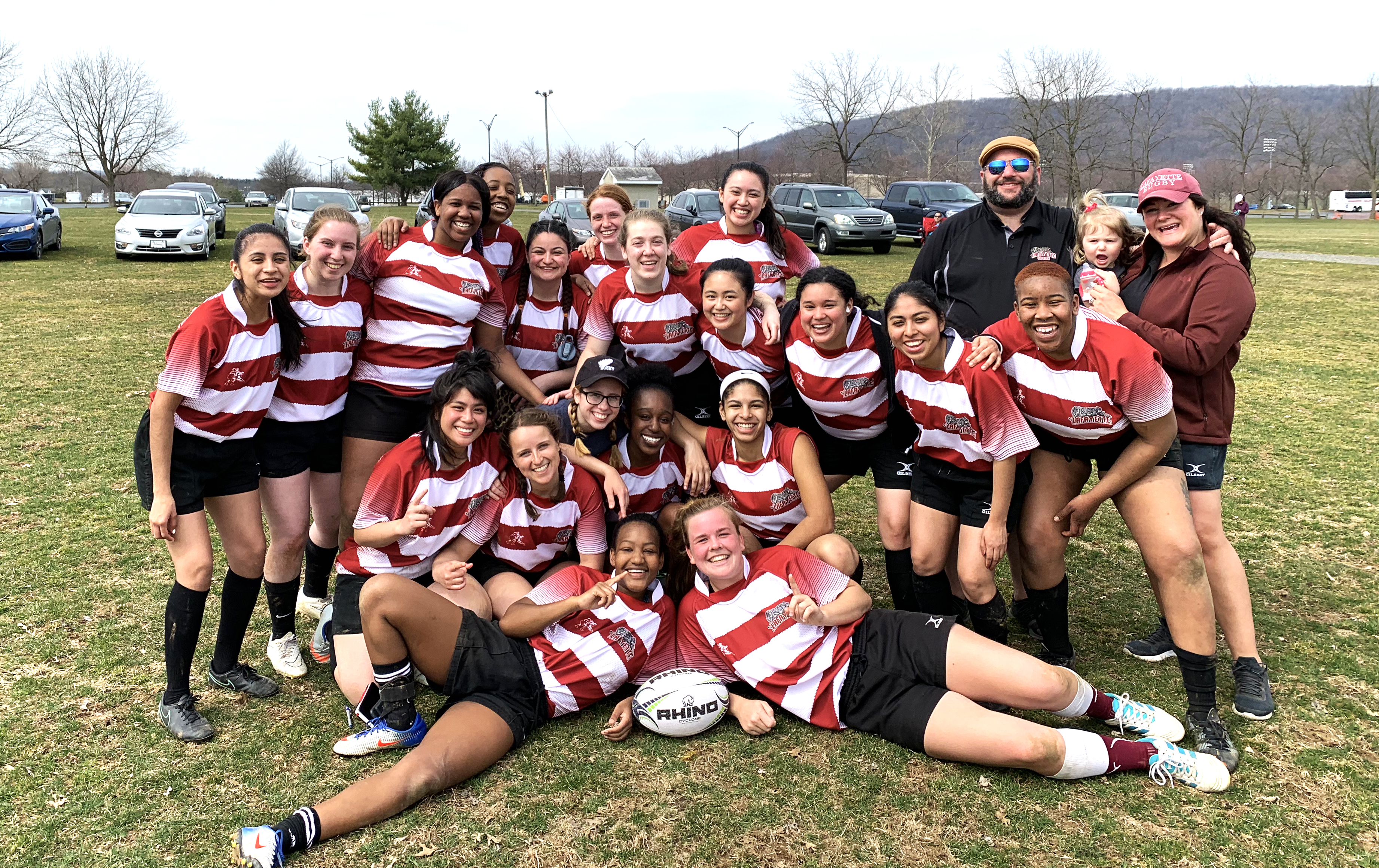 The Lafayette club women’s rugby team won two games last weekend against Lehigh University and King’s College, beating the Mountain Hawks 32-15 and the Lions 12-7 on Saturday, March 30. After a cancelled tournament and an indoor contest, the two wins were the first official league games for the Leopards this spring.

“It was exciting, this was our last game against Lehigh,” said senior prop Fayola Fair. “We felt like we really had to beat them.”

For Fair and classmate Reanna Kier, the game against the Mountain Hawks was their last chance to contribute to the historic rivalry between the two schools, a fact that was not lost on the players.

“We lost against Lehigh last semester in fifteens [15-person teams], and we were really hungry for that win,” Kier said. “So this time coming back and coming stronger and really bringing it was a really good feeling, especially for the seniors to just beat Lehigh for the last time. The team was really excited.”

Top performers from the weekend matches included junior pack J’Nisha Little, who tallied two tries (five point score in the opponent in-goal area) against Lehigh. According to Fayola, Little is usually a pack player but played on the wing for the first time against the Mountain Hawks.

“She was really nervous [about playing on the wing] because it’s a different position,” Fair said. “I think she really stepped up, and was definitely making her presence known.”

“She did very well, she had so many good runs, she had a few tries under her belt. She was great,” Fair added.

Sophomore Jerri Norman, who plays multiple positions according to Fair, also recorded a try in the Lehigh game, while junior wing Jordan Marlin chipped in with a try as well. Freshman fly-half Elise Hummel had her first career try against Lehigh, in her first ever college rugby game.

“That was her first try, her first game,” Kier said. “That was really cool to watch.”

With five or six seniors graduating from the program, according to Fair, the team is focused on developing some of the younger players for the future.

“[Our focus is] just making sure that we’re finding people,” she said. “Making sure the team stays strong, that there are people who are committed and love the sport.”

“Everyone’s just equals [on the team],” added Kier. “We don’t mind helping and we do see a lot of the rookies trying to step up and trying to better themselves and develop as players.”

With rugby being a very physical activity, Kier noted the mental challenges that the sport presents are often obstacles for younger players who lack experience.

“I had to really learn how to get out of my head to physically tackle someone,” she said. “It’s something you have to learn and that’s where the confidence comes in, you really just find the confidence in yourself. It’s so fun though, and it’s so rewarding.”

“We say rugby is a metaphor for life on and off the field, you learn so much,” she added.

Kier mentioned the “camaraderie” and unique “culture” that comes with the sport, and also highlighted the team’s coach, Rachel Grispon, who won a Premier Rugby Scholarship in March which sent her to England for a trip over spring break. According to Fair, Grispon spent time in London with national players and coaches.

“[Grispon] was just so taken and really inspired by everything she’s learned,” said Kier. “So what she really wants to just start implementing is the seriousness, she wants us to really take Rugby to a whole other level.”

Next up for the team is a Eastern Pennsylvania Rugby Union (EPRU) tournament this weekend, with games against Swarthmore and Susquehanna, among others.