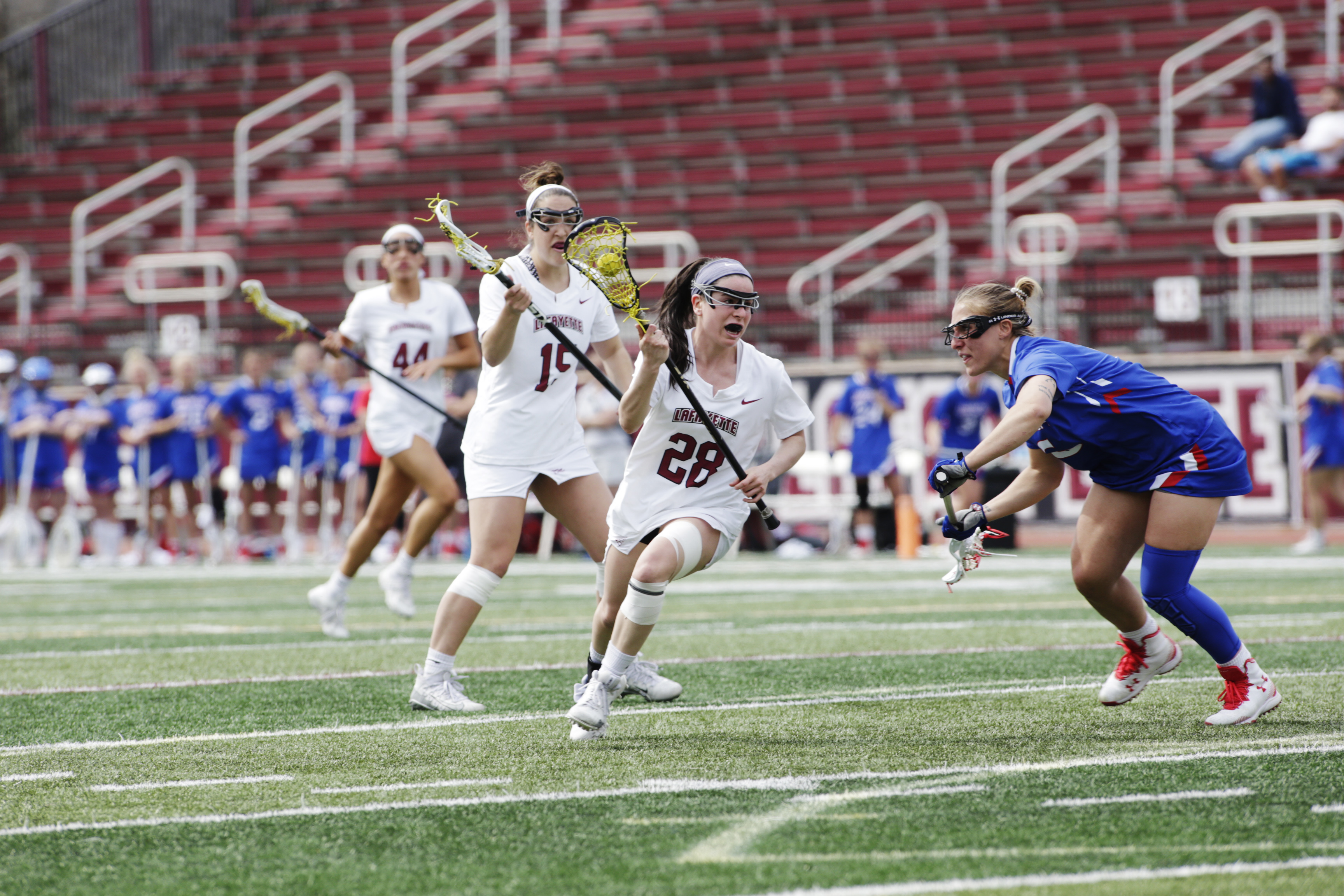 The women’s lacrosse team earned their first Patriot League win of the season with a 15-11 victory over American University last Saturday. The Leopards then lost on the road to Long Island University Brooklyn 14-9 on Tuesday.

In the Brooklyn game, Lafayette was outscored 11-3 in the first half, but scored the first four goals of the second half to narrow the deficit to 11-7 with just under 25 minutes to play. The Leopards and Blackbirds traded goals for the rest of the game en route to the 14-9 loss.

Senior co-captain and attack Emma Novick scored a hat trick, forced a turnover and picked up a ground ball to lead the Leopards. Classmate midfielder Hannah Davey found the back of the net twice and had three draw controls, and sophomore goalie Quinn Lacy had four saves before being replaced by junior goalie Taylor Danson in the second half.

In the American game, the team notched four late goals and Novick scored her 150th career goal for the Leopards. Junior attacker Jen Rowan tallied a career-high three goals, while Lacy made 12 saves in the contest. Novick also picked up an assist and a ground ball to lead the offense.

“I think our offense as a whole did a great job being disciplined, leading one another, and recognizing the best option in every possession,” Novick said. “My teammates enabled me to put up points by maintaining good spacing and creating longer slides for American’s defense.”

American started the game quick, scoring four goals in the opening seven minutes to take a quick 4-1 lead. After that, it was all Lafayette. The Leopards settled down and went on a 6-0 scoring run to take a 7-4 lead with just over two minutes to go in the half. The team carried an 8-5 lead into the half.

In the second half, Novick scored a quick goal to extend the lead to four, but American stormed back, scoring four out of the next five goals to bring the score to 10-9 with under 20 minutes to play. The Leopards once again settled down defensively, allowing no goals and scoring four to put the lead at 14-9 over the following fifteen minutes. The Leopards ran out the clock for the last two minutes on their way to the win.

“I think our team successfully executed what we were hoping to achieve. We built upon our offensive sets and our ride in order to become more unpredictable,” Novick said. “We also worked off of one another well and maintained good communication and high energy which ultimately allowed us to pull away.”

“Our depth this season has also been an advantage,” she added. “We have an extremely talented group of players across all positions and when we execute we are able to compete in every game.”

Next up for the team is a Saturday matchup with Army in West Point, N.Y., at 3 p.m. The Leopards have five more conference games before the Patriot League Tournament begins in the last weekend of April.