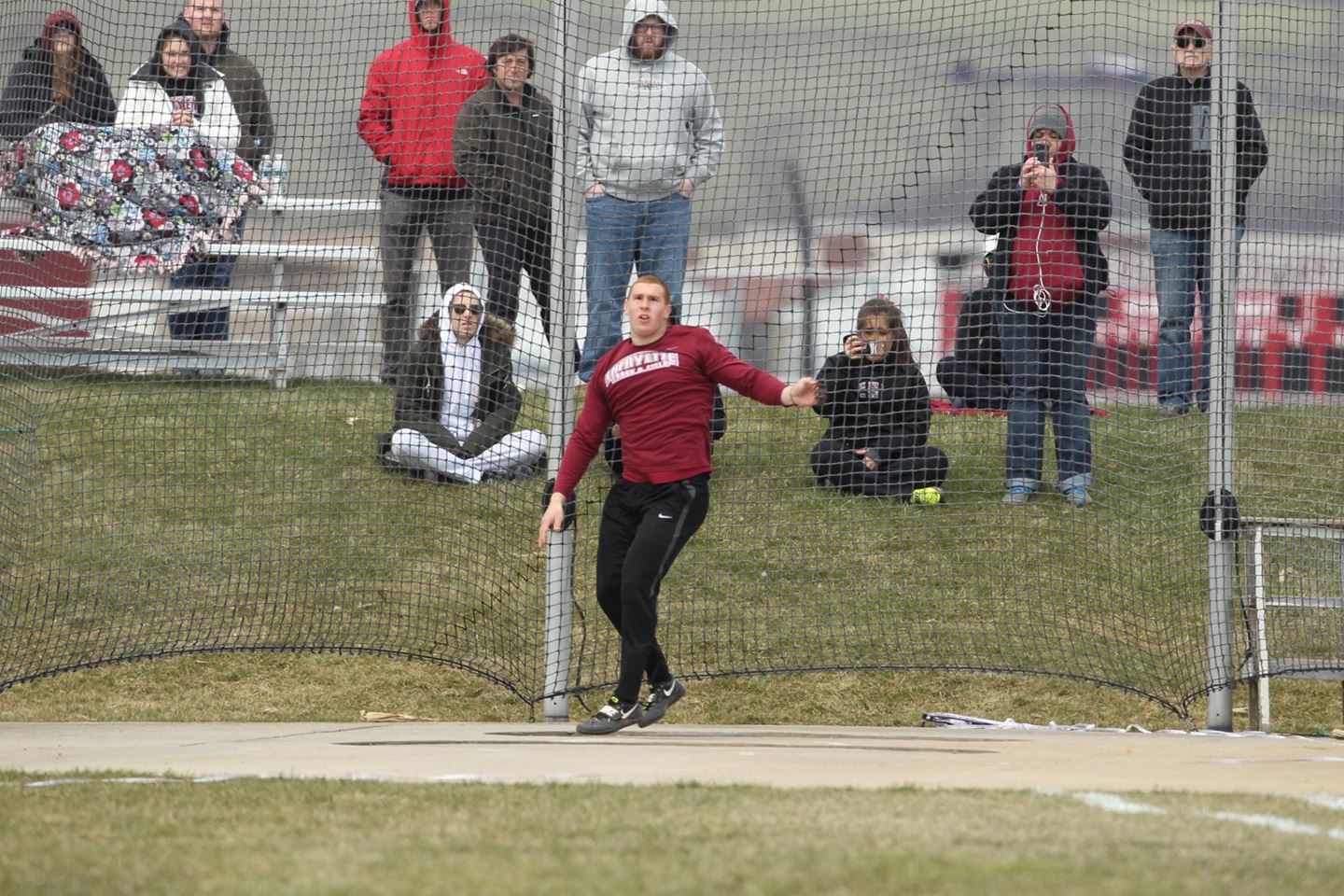 The Leopards won eight events on their way to a second place finish out of seven. (Photo courtesy Athletic Communications)

The Lafayette track and field team continued their spring season last weekend with second place finishes for both the men and women at the 7-Way Open in Easton, Pa. The women earned 150.50 points, while the men recorded 118 on the afternoon.

“I think the team did really well as a whole,” said sophomore Jermaine Rhoden. “Our results this year compared to last year’s were significantly improved.”

The Leopards tallied eight first place finishes, including five on the women’s side and three on the men’s.

For the women, junior Crosby Spiess had strong performances across the board, winning the 400-meter run with a time of 58.50 seconds while also being a part of the 4×400-meter relay team which finished first. Spiess acknowledged that although track and field is often seen as an individual sport, it’s a “nice reminder” that they’re all contributing points to the team total.

“It can be difficult to see the team elements of it,” she said. “When I am able to put up a good performance and know that it is going towards our whole team goal, it is a nice reminder that you still have 40 other people depending on you and that are there for you.”

In the 4×400-meter relay, Spiess teamed up with junior Margaret Schiazza, freshman Hannah McGlynn, and senior Amy Hewlett to win the event with a final time of 4:05.35. Schiazza and Hannah finished fourth and fifth, respectively, in the 400-meter run, combining for six additional points for the team.

“I was really pleased with my performances this past week, especially considering it was the first meet of the outdoor season,” Kelsie said. “I am looking forward to continuing to improve my races and helping out the team in any way I can.”

Freshman Jillian Warabak and Mozzochi tallied second and third place finishes, respectively, in the 100 meter hurdles, and Mozzochi won the 400-meter hurdles later in the afternoon with a time of 1:07.31.

Sophomore Olivia Barney rounded out the first place finishers with a win in the discus throw with a top mark of 41.08 meters. Barney also finished third in the shot put and fourth in the hammer throw.

On the men’s side, the team of senior Thomas Strand, junior Daniel Hogan, sophomore Brian Kaufmann, and freshman Ross Kennedy finished second in the 4×100-meter relay with a time of 42.43. Kaufmann added eight points in the long jump with a mark of 6.78 meters, good for second place.

Rhoden’s best leap of 1.97 meters earned him second place in the high jump event, while freshman Isaiah Moore finished fourth with a mark of 1.92 meters.

“I was very pleased with my ability to help the team,” Rhoden said. “It was the perfect way to start off the outdoor season.”

The men’s team had many succeses in the field events, including freshman Will Prebola’s win the javelin throw with a 51.01 meter toss. Sophomore James Dailey recorded a 46.83 meter toss to finish fourth in the event.

“Winning the javelin means a lot towards my individual success as well as the team’s success,” Prebola said. “Over the past few months, I have enjoyed the lifting and throwing program provided by Coach [Michele] Curcio.”

“I still have the drive to get better with every track meet,” he added.

Sophomore Harrison Greenhill won the shot put with a 15.95 meter toss, and then went on to finish fifth in the discus with a best throw of 43.99 meters. Classmate Samuel Fishbein won the hammer throw with a top mark of 54.89 meters.

“As a whole, we did much better across the majority of the events which is a promising sign for such a young team,” Rhoden said. “I’m really excited to see what these next five weeks have in store for us.”

Up next for the Leopards is a home meet against rival Lehigh on Saturday, before the team hits the road again.

“This week, we are preparing in whatever way we need to be able to competitively go head-to-head with Lehigh and score as many points as possible,” said Kelsie. “We are tuning-up our events to compete at our best and the highest level we can.”