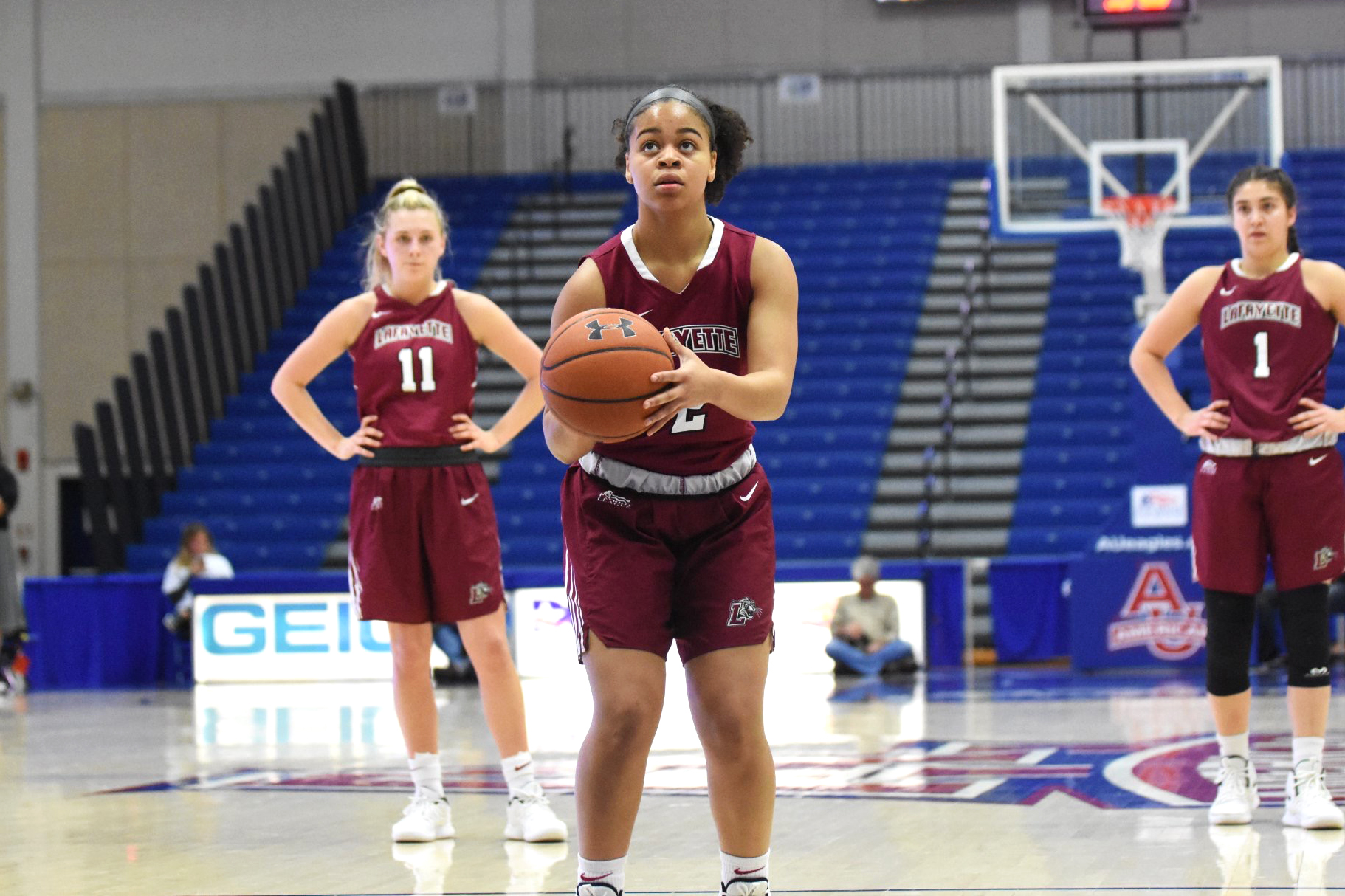 In the women’s basketball team’s first game of the Patriot League Tournament in early March, senior guard Nia Holland drove to the basket to net the game-winning layup with three seconds remaining, giving the Leopards a hard-fought road win. Months before, during the preseason, she was told she would need to retire from the sport for medical reasons.

Holland sustained a concussion in a preseason practice after a collision with a teammate. She sat out the rest of practice, feeling “shaken up” and “experiencing symptoms.”

“I was under the impression that it would be a week or two weeks, but it ended up being [nearly] the entire season,” Holland said.

The long recovery time stemmed from a history of head injuries during Holland’s career. She was diagnosed with three concussions in high school, and then four more in college. After the sixth came in her junior year, Holland was diagnosed with injury-caused nystagmus, a disorder that makes focusing and tracking moving objects difficult.

“I went through a lot of therapy,” she said. “Concussion therapy, eye therapy, vestibular therapy. It was just with athletic training staff and health center staff keeping eyes on me and making sure I was being cautious and wise.”

Holland said the nystagmus didn’t affect her on the basketball court as much as it did when she tried to read or focus during her studies. It was also a time commitment to get to therapy sessions in Allentown two or three times a week for an hour each.

Going to therapy and having time off from playing and practicing, Holland said she noticed improvements in both her eyes and her head.

“As of right now, I don’t notice [the nystagmus] anymore,” Holland said. “My concussion specialist said it might have resolved itself because I’ve had a lot of rest without contact or hits to my head.”

Holland began practicing with the team in gradual steps. She said she would do “50 percent of every other drill, then 50 percent of every drill,” before being able to fully practice. She was restricted for safety, like not being allowed to drive to the basket or dive for loose balls.

“[At that point] I wasn’t out because I was feeling symptoms, it was because I was supposed to be medically retired,” Holland said.

After visiting a concussion specialist who spoke with Holland’s athletic trainers and the Bailey Health Center on campus, she was cleared to play basketball ahead of the final regular season game against Colgate. Holland scored four points to go with three rebounds and a steal during her 11 minutes of action in the team’s 77-67 loss.

“It was assuring,” she said. “I was always under the impression that I would be okay to play, but having my concussion specialist and eventually the staff [at Lafayette] talking and giving me the ‘okay’ was assuring that I wasn’t taking too much of a risk, especially with only a few games left in the season.”

As the 10-seed in the conference tournament, the Leopards traveled to West Point, N.Y., to face seventh-seeded Army. With the game tied and time for one last play in regulation, head coach Kia Damon-Olson called a play that the team runs often in practice. The play has many options, the first of which is a drive to the basket by the point guard, who at the time was Nia Holland.

After the ball was inbounded, a post defender switched onto Holland. She saw that she could beat her defender to the basket, so she did what she hadn’t been able to do in practice for months.

“My favorite part of offense in basketball was driving to the basket, so it was something I was comfortable with,” Holland said. “I just put my head down and tried to get to the rim.”

Holland’s layup gave the Leopards a playoff win, as well as the team’s first win at West Point in 20 years. She said it was a team effort, and that everyone contributed whether they were on the court or not.

“I felt extremely grateful having the teammates that I have experiencing that with me,” Holland said. “They might have been happier than I was. It was a different dynamic after a game that we hadn’t experienced in a while.”

Holland said it was more emotional for her to be back on the court because of how long she had been away. The team also celebrated snapping an 11-game losing streak with the playoff victory.

“After my postgame talk in the locker room, I sprinted out to my parents and hugged them,” Holland said. “That’s definitely the moment I’ll remember for the rest of my life. It was the first time they had ever come to a game at Army and my dad is a veteran so it was all pretty exciting.”

With graduation fast approaching, Holland has accepted an associate project manager position in the gold program at Henkels and McCoy. She also plans to continue to play basketball in a summer league at home.

“I think having sat out for 25 games and coming back and playing, I appreciate it a lot more,” she said. “It changed my perspective of not taking things for granted, and making sure when I do something whether or not it’s a sport, I give 110 percent because you never know when it will be over.”