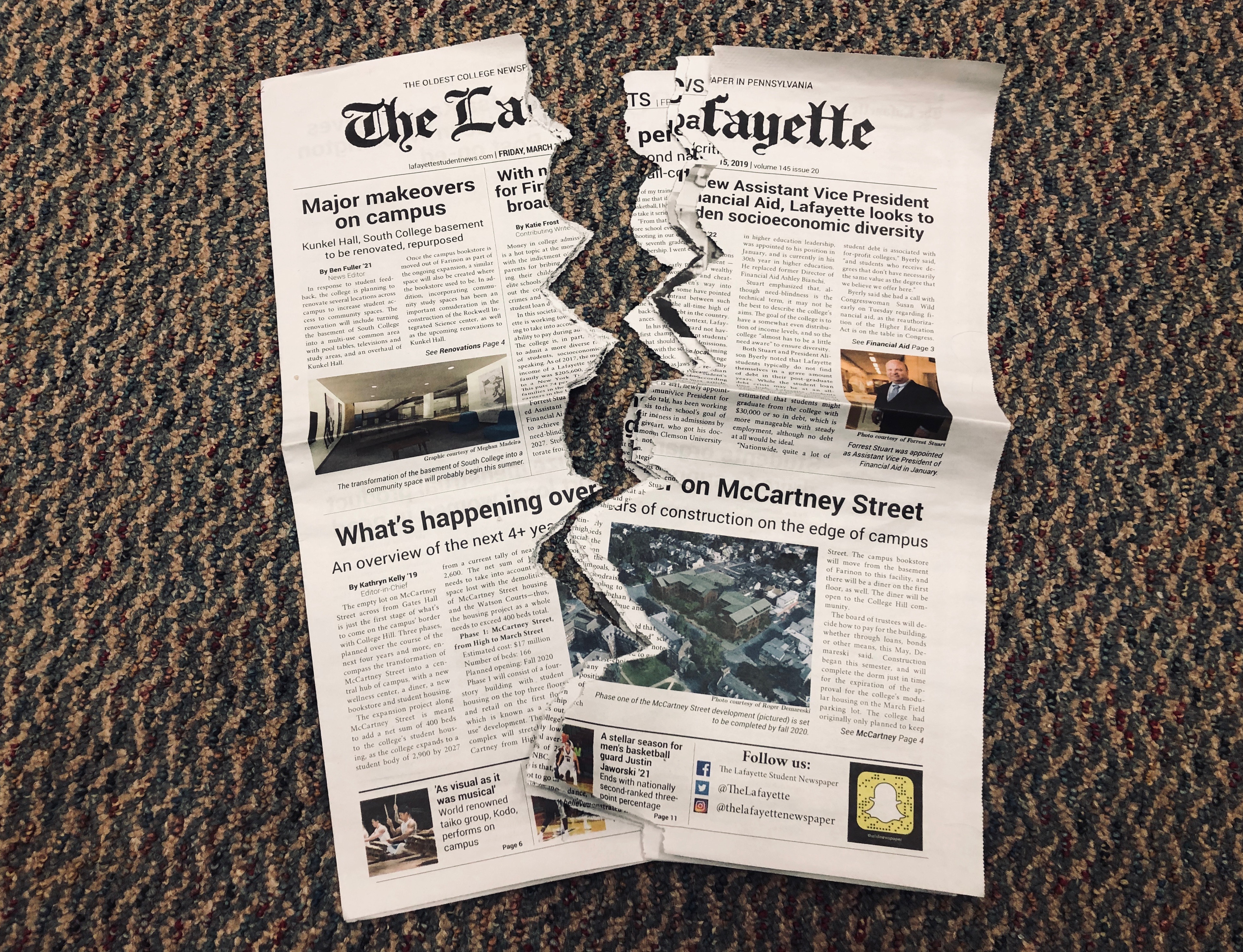 Pictured: the last newspaper ever produced by The Lafayette before they gave up. Sorry ClaireBear. (Photo by Morgan Strum ’19)

Incoming editor-in-chief ClaireBear ’20 returned home from South America after studying abroad to find The Lafayette newsroom completely barren of all things newspaper. Excited to be reunited with her colleagues, ClaireBear walked in to find a different student organization in the middle of a board meeting.

“I’m so confused,” ClaireBear said. “This is when we usually have editorial meetings so I thought I would surprise them, but everything is gone. I mean, literally everything. Even the couches that have been there for over 20 years.”

After a short period of sadness, ClaireBear realized she would have to find an entirely new staff before the beginning of next semester and started to panic.

“I don’t even know where to start,” she said. “How can I ever replace the most intelligent, capable and incredible news staff ever? I didn’t sign up for this.”

Former editor Maura Stuart ’19 revealed that, unfortunately, The Lafayette staff had thrown in the towel halfway through the semester after “running out of things to write about and f***s to give.”

“We didn’t know how to tell her because we didn’t want to ruin her time abroad, so we just decided not to tell her,” said Stuart.

Disclaimer: This is satire. ClaireBear, we’re still here. We miss you.