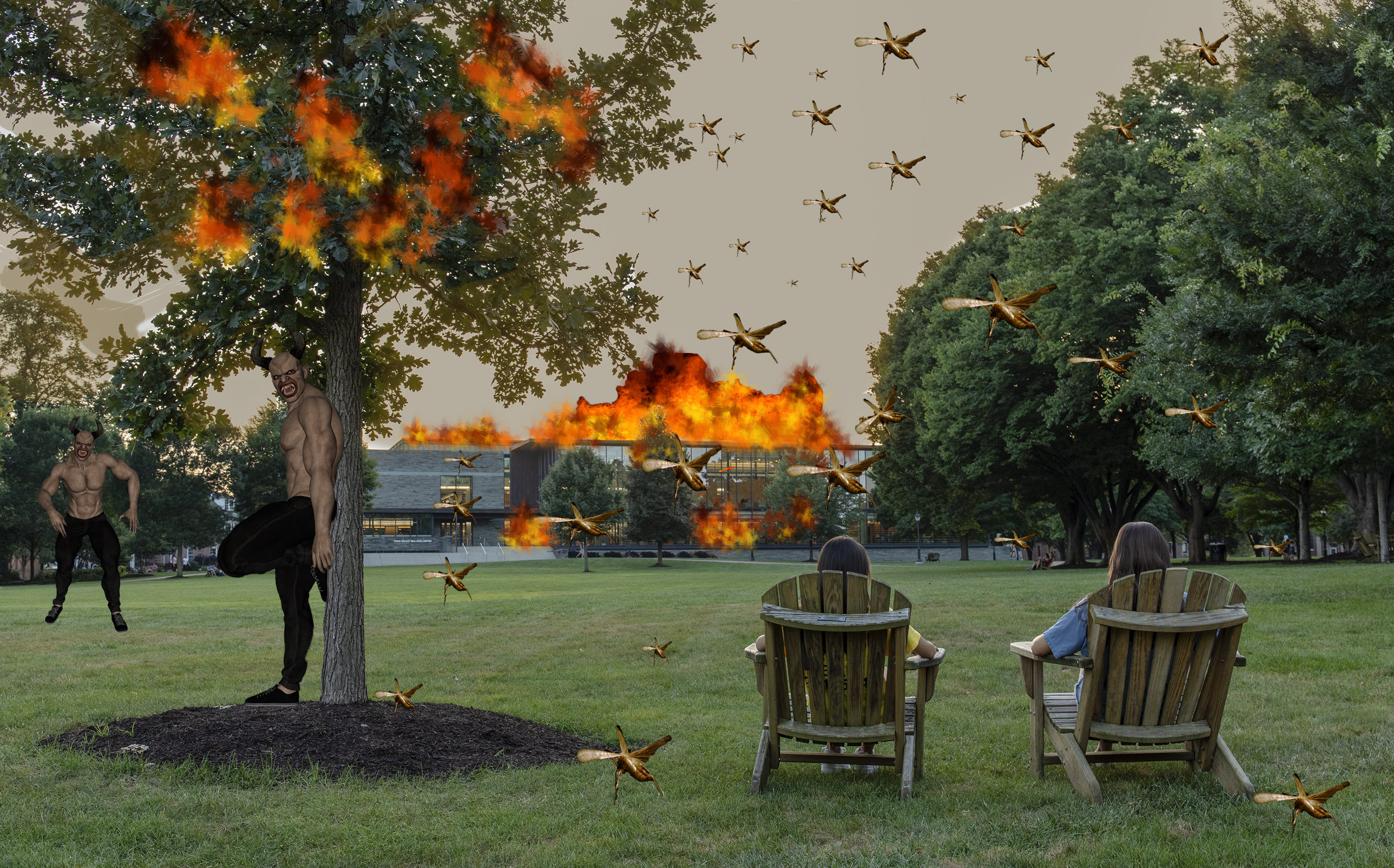 Two students take in the apocalypse on the quad. (Created by _photogod22746)

On Monday, the Almighty Father announced that judgment day had begun. Half the human population was raptured to be seated at His side within minutes.

A couple hours later, the college emailed students saying classes would remain ongoing at the discretion of professors.

“If you have been chosen by the Most High to live in eternal glory with Him, you might be eligible for a dean’s excuse. Please contact Dean of Scheduling Morty Soles if this applies to you,” the email reads.

As His Lord Almighty began selecting human souls to join Him in the Kingdom of Heaven, swarms of locusts and otherworldly creatures began to ravage the earth. Public safety immediately notified students that the LCAT Shuttle and Lanta Bus System service would be suspended temporarily as a result. But classes at the arts campus continued.

Newt Estiman ‘24 made the trek to the arts campus after neither he nor his professor was raptured.

“The second that the Lamb of God descended from heaven, fulfilling the prophecy of the Book of Revelation, we got an email that class was still on,” Estiman said. “Can’t say I’m surprised that Professor F***face didn’t make the cut.”

College officials encouraged students to view the end of days in a positive light.

“We would like to embrace the educational opportunities that this biblical event will offer the campus,” college President Earl Tenivo said at press time, as a spontaneous crater swallowed Pardee Hall behind him.

“Anybody who successfully fights off the archangel Michael will receive half off their tuition,” Tenivo added.