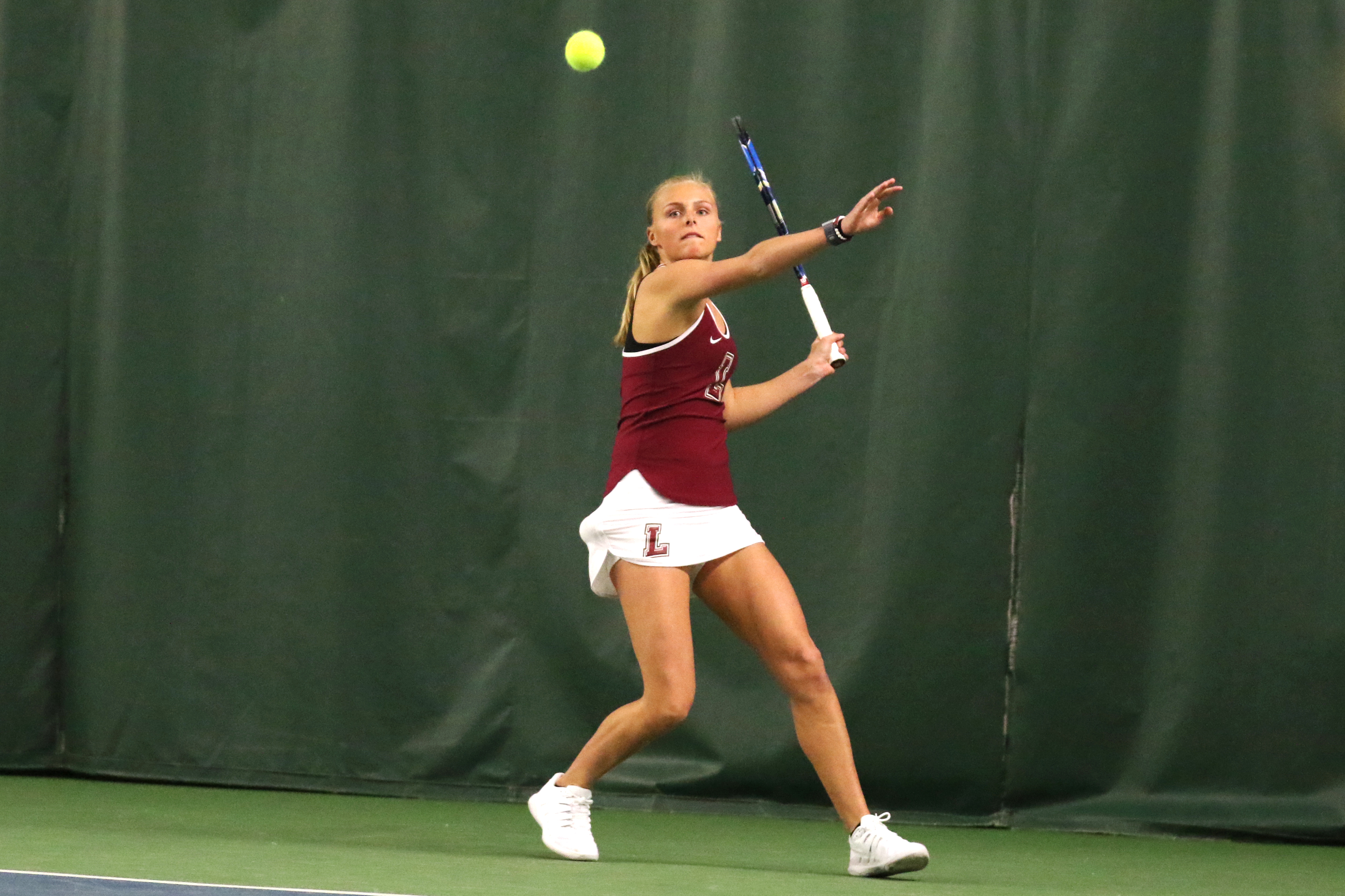 Last weekend, the women’s tennis team travelled to West Point, N.Y., for three Patriot League matches, going 1-2 to open conference play. The highlight of the weekend was a 5-0 win over Holy Cross, including a sweep of the doubles points and four singles victories.

“The team went in with a strong mindset and ready to start Patriot League play,” sophomore Cece Lesnick said. “We all went in with the mindset that we would have to work for every point and stay mentally strong.”

“Army is a strong team,” Lesnick said. “From their girl that plays first to the last position, they all are strong players, hard workers and [have an] amazing mentality. I respect their team a lot and all of the hard work they put in to be where they are.”

The Leopards lost 4-0, with sophomore no. 2 singles Samantha Snyder leading her singles match when Army clinched the game-winning team point.

“The team struggled with confidence during the Army match,”  Lesnick said. “We knew that they were going to be really tough, so the motivation and thought of winning started to go away for a lot of us.”

On Sunday morning, the Leopards earned their first Patriot League win of the season against Holy Cross.

“The team prepared for this match by trying to reset and not let the loss impact our confidence for Holy Cross,” Lesnick said. “We knew that our hard work and skill would allow us to beat them if we focused and played well.”

Lesnick, Snyder, freshman Maureen McCormack and junior Grace Conrad won their singles matches. The doubles teams of Lesnick and Snyder, McCormack and sophomore Alexa Cooke and Block and Conrad all won comfortably. The final score of the match was 5-0, with the Leopards shutting out the Crusaders.

“Our doubles was the best I have seen it,” Lesnick said. “We were expected to win going into this match. The team did a good job putting that expectation aside and focusing on the matches. We knew that if we did what we needed to do we would have good results.”

The Leopards wrapped up their weekend at West Point with a 4-2 loss to Loyola on Sunday.

“This match was tough from the beginning,” Lesnick said. “It was the final match of the weekend and we were feeling the soreness and exhaustion from the other matches.”

The duos of Cooke and McCormack and Conrad and Block both earned doubles victories to clinch the team doubles point against the Greyhounds. In singles matches, Conrad defeated her opponent, while Snyder was leading at the conclusion of the match.

“Our team could have won this match and it was disappointing that we did not,” Lesnick said. “I think we lost because we were not mentally focused and determined as we have been in the past. A lot of us went into the match ready to go home from the long weekend, rather than ready to go beat a hard team.”

After the weekend set, the Leopards have an overall record of 6-5 and a Patriot League mark of 1-2 for the season, with four conference games remaining.

The team will continue their Patriot League play with two away matches this weekend. The Leopards will face Colgate on Saturday afternoon and Boston University on Sunday.

“We play Colgate this weekend which is our big tennis rival,” Lesnick said. “Last year we beat them for the first team in over 16 years. We want to, and are ready, to do it again.”