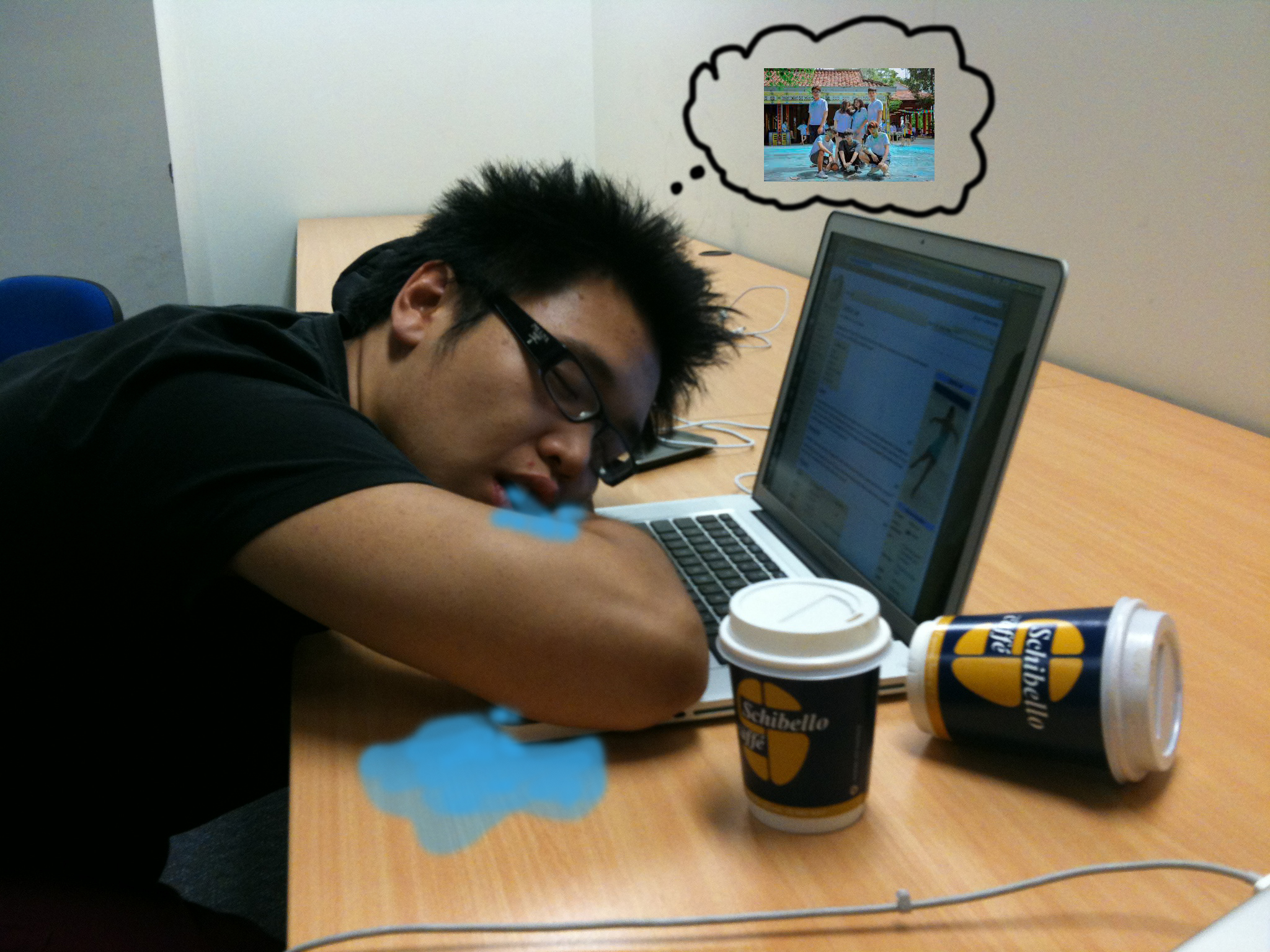 A student dreams of better times with friends during an all-nighter. The next morning, library printers would fail him, sensing his fear. (Created by _photogod22749)

An anonymous source from inside Lafayette’s IT department revealed the college’s secret plan to punish students who procrastinate. Reportedly, the computers in Skillman have been purposefully programmed to detect how close students are to their deadlines, and when students are really pushing it, the devices shut down.

The first step in this sinister plot was clearly the two-step authentication process, according to the source.

“How the hell am I supposed to quickly print my papers at the library if it takes me a million years to log into my freaking account?” Les Minute ’88 demanded.

According to the source in IT, computer mouses have now been equipped with the ability to detect heart rates and how much users are sweating.

A protest was held in the basement of Pardee, which is apparently where IT is located (who knew?).

“This policy is worsening the quality of student life,” said Janet Smith ‘20, who led the protest. “Look at him,” she said, pointing at a fellow student who was hyperventilating at the time. “He’s already late on three projects!”