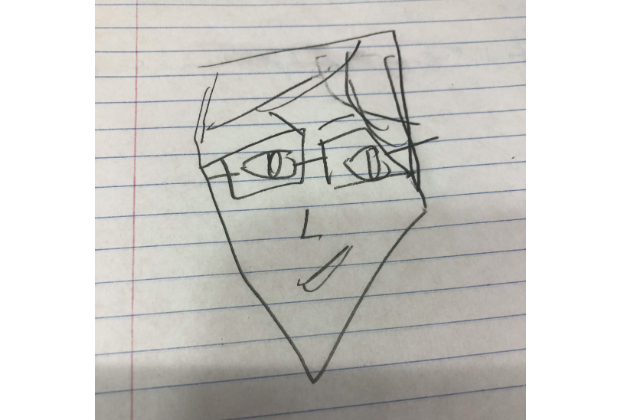 A sketch artist depiction of the culprit, released by the Department of Public Fearmongering. This criminal is still at large. (Drawing by entROpY mS ‘3.14)

Students are frightened by the increasing number of carefully planned and executed thefts from Lower Farinon. Over the course of the 2018-2019 academic year there has been an upsurge of thievery at Lower, puzzling hapless students about who the culprit could be.

“Lower used to be my favorite place to eat, but now I fear going near it with a thief lurking in our midst,” said Paul Paulson ’24. “Public safety put out that warning saying it was a white male, so on top of losing my favorite dining area, now I’m afraid of everyone on campus. Who could be capable of such depravity?”

The Lafayette, as a depraved publication, was able to track the infamous thief down. In an exclusive interview, we sat down with the Chip Bag-Slinging Slasher, as he has been labeled by the media, to discuss the life of crime he has chosen.

“The first time I stole was an accident, but then I got addicted,” he commented. “Now I embody all of the ideals of mafia culture. I am the über mafite.”

The Slasher explained he usually steals chips—up to four or five bags at a time. He also enjoys stealing the occasional quesadilla and package of Oreos.

His most proud moment, though, was when he stole the entire grated-cheese section of the salad bar. However, his work now lacks the adrenaline rush he used to get from his escapades.

“I have become pretty numb to it honestly. The thrill is gone, but I still steal in the hopes of grasping some of that exhilaration I once knew,” he said.

He has stolen in every way thinkable, in search of feeling something again.

“I’ve adopted a number of strategies and they all work,” he added. Slasher refused to go into further detail on his methods, only stating that his strategies are numerous as they are confidential.

“It’s all about confidence. You have to act like you’re not stealing,” said Slasher. He added that this is the extent of the advice he would give to the wide number of students who aspire to be as successful as him.

“Just steal it dude,” he said.