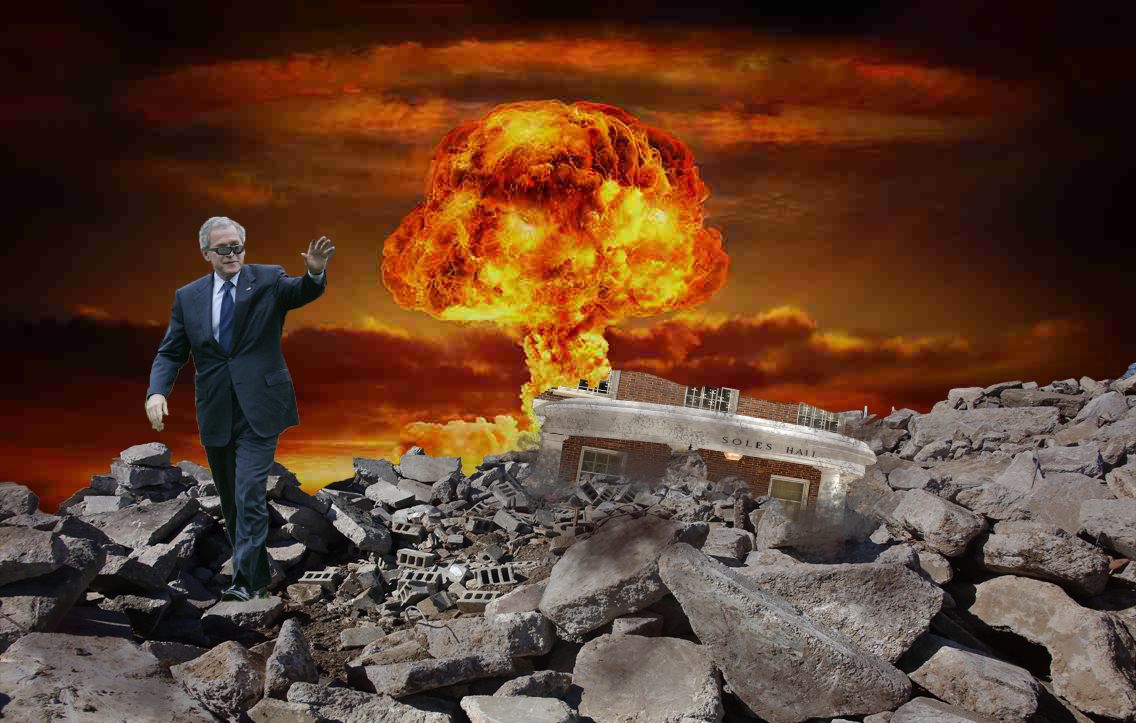 In the most efficient and environmentally-friendly way possible, Lafayette nuked all of college hill on Monday to make room for a 100-story dorm and shopping center, which will be open to those in the community who own hazmat suits.

The college initiated an evacuation, posting a single 8×11 inch paper on city hall’s door 20 minutes before the nuclear detonation.

The Easton zoning commission gave the college the go-ahead over the weekend to begin construction this way, pardoning murder and war crimes in case there were any stragglers who didn’t get out before the radioactive blaze.

Citizens of college hill were shocked and saddened to see their homes destroyed in the nuclear inferno.

“I can’t believe [the city] let them do this,” said lifelong college hill resident Reggie O’Malley. “They gave us some warning, but you can’t really imagine what it’s like until you actually see your childhood home getting incinerated by a nuclear weapon.”

“I know a few people who didn’t make it out in time,” said Brunadette Stiffly, another long-time college hill resident. “They were the lucky ones.”

With the demolition now complete, the college has over a thousand acres of land at their disposal. Although the detonation of the nuclear devices turned many areas on the hill into unlivable radioactive hellscapes, President Earl Tenivo explained that this won’t be a problem for development.

“We’re going to plant a few trees in the areas that are most radioactive, but it’s really not as bad as it seems,” he said. “We’ve had more injuries from citizens falling into the pits in the blast zones than we have from the radiation.”

The city has been actively involved in the construction process, and has changed many zoning laws to allow for the expansion to continue. According to Tenivo, Easton Mayor Curt Upt has been “instrumental” in actualizing the college’s expansion plans.

“I think it will be great for the economy, having the college overtake the town,” said Upt. “Which is better for our businesses, rich college kids from New Hampshire or regular citizens?”

Tenivo also noted in a press briefing on Monday afternoon that the school has plenty of enriched uranium left from the first round of weapons production.

“Who knows, maybe we’ll expand even more once this project is finished,” he said to a trembling crowd of Easton citizens.