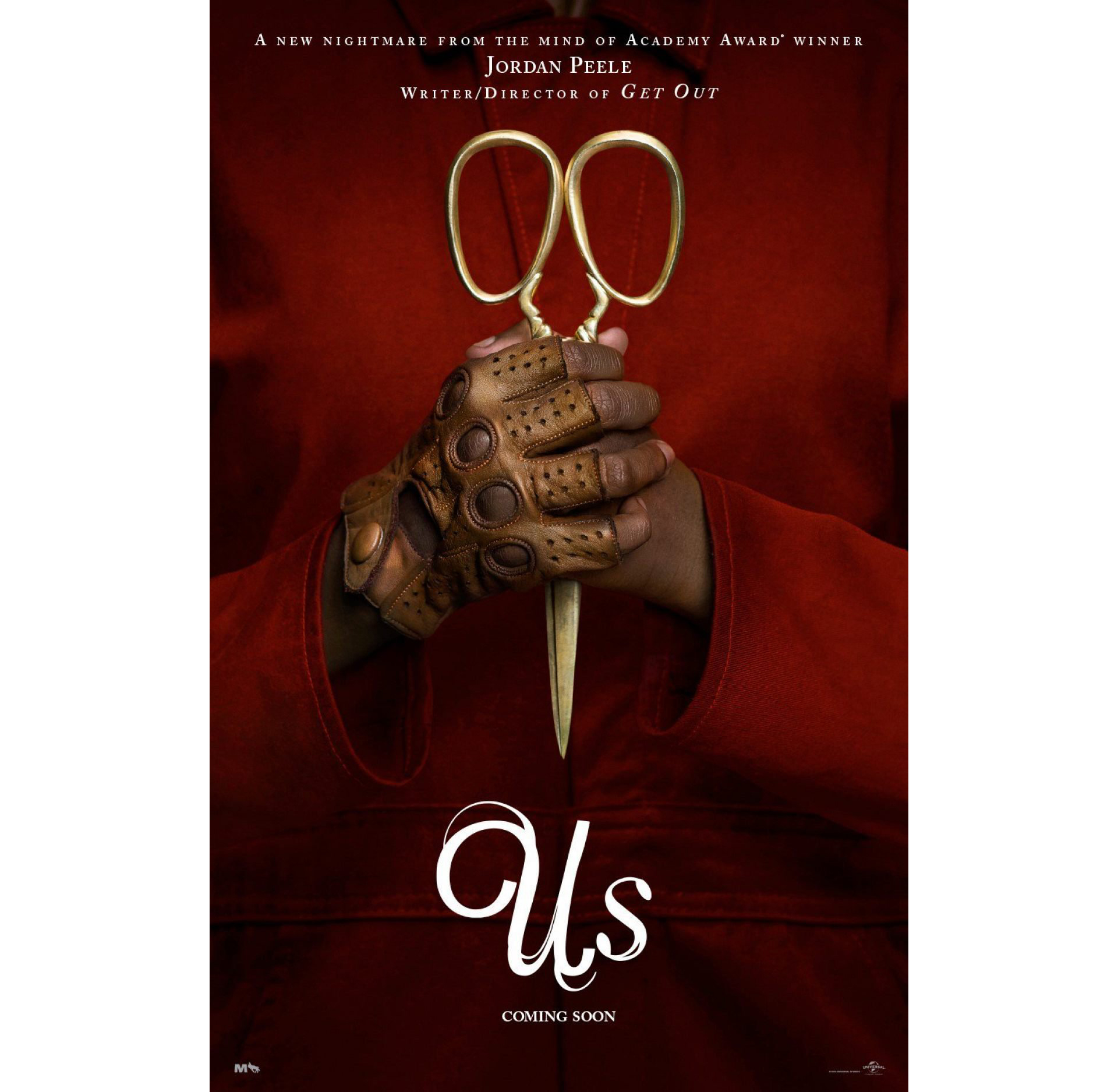 Following the success of “Get Out,”Jordan Peele releases the even more ambitious film “Us.” (Photo courtesy of Birth Movies Death)

Two years ago, Jordan Peele burst into the national spotlight with the release of his debut film, “Get Out” (2017). Now, after an ever so brief hiatus, the comedian-turned-master-of-horror has returned to the big screen with “Us” (2019), a film that doesn’t quite reach the polished heights of “Get Out,” but still proves to be as powerful as it is disturbing.

The film opens in 1986, as a young Adelaide Wilson (Madison Curry) comes across an exact doppelgänger of herself while in a funhouse at the beach, and screams in terror.

In the present, we are reintroduced to adult Adelaide (Lupita Nyong’o) as she returns to that same beach, now on vacation with her husband Gabe Wilson (Winston Duke) and their two children. Soon, a group of twisted, evil doppelgängers appear at the Wilsons’ doorstep and force their way into their home.

Peele shows his directorial chops here, deftly blending home-invasion scares with deeper character drama. Unlike “Get Out,” “Us” is an unambiguously scary movie and is littered with perfectly creepy moments.

Nyong’o delivers a stunning performance as both Adelaide and her warped double. However, Elizabeth Moss and Tim Heidecker, who play the Wilsons’ wealthy, upper-class friends, seem to outshine the rest of the cast when sharing a scene.

Particularly notable is the film’s soundtrack, with a remixed version of Luniz’s “I got 5 on It” standing out as a highlight of the entire film.

Yet, while its peaks are high, “Us” is far from a perfect film. For all his delightfully strange writing, Peele pushes suspension of disbelief to its breaking point in the piece’s climax. It’s difficult to shake the feeling that the writer and director conceived of the doppelgänger premise before considering the justification for their existence in the plot. In this way, “Us” may be a film that is less than the sum of its parts: filled with individually phenomenal scenes, but lacking a truly cohesive narrative arc.

For many, the film’s ending will disappoint. Peele leaves several key points open-ended and viewers may find that “Us” simply doesn’t live up to the hype.

However, while “Us” is in many ways a weaker film than “Get Out,” it is also a more ambitious one. Peele’s feature blows up “Get Out’s” ‘social thriller’ premise to a new level, addressing deep questions of identity and opportunity in America.

Central to the film’s message is the intimation that as Americans (Peele’s punning “Us”) we ourselves are perhaps not as innocent as we might like to believe. As Adelaide resorts to increasingly violent methods against the doppelgängers to protect her family, it becomes harder to view her as a faultless heroine.

In the end, “Us” suggests that the twisted “others” that we view as lesser in society, whether due to race, class or otherwise, are not really so different from ourselves. In Peele’s hall of mirrors, the line between reflection and grotesque double is blurred; the guiltiest of all may be staring back at you.

“Us” is a messy film, but it is electrically charged with meaning, and entirely deserving of your attention.