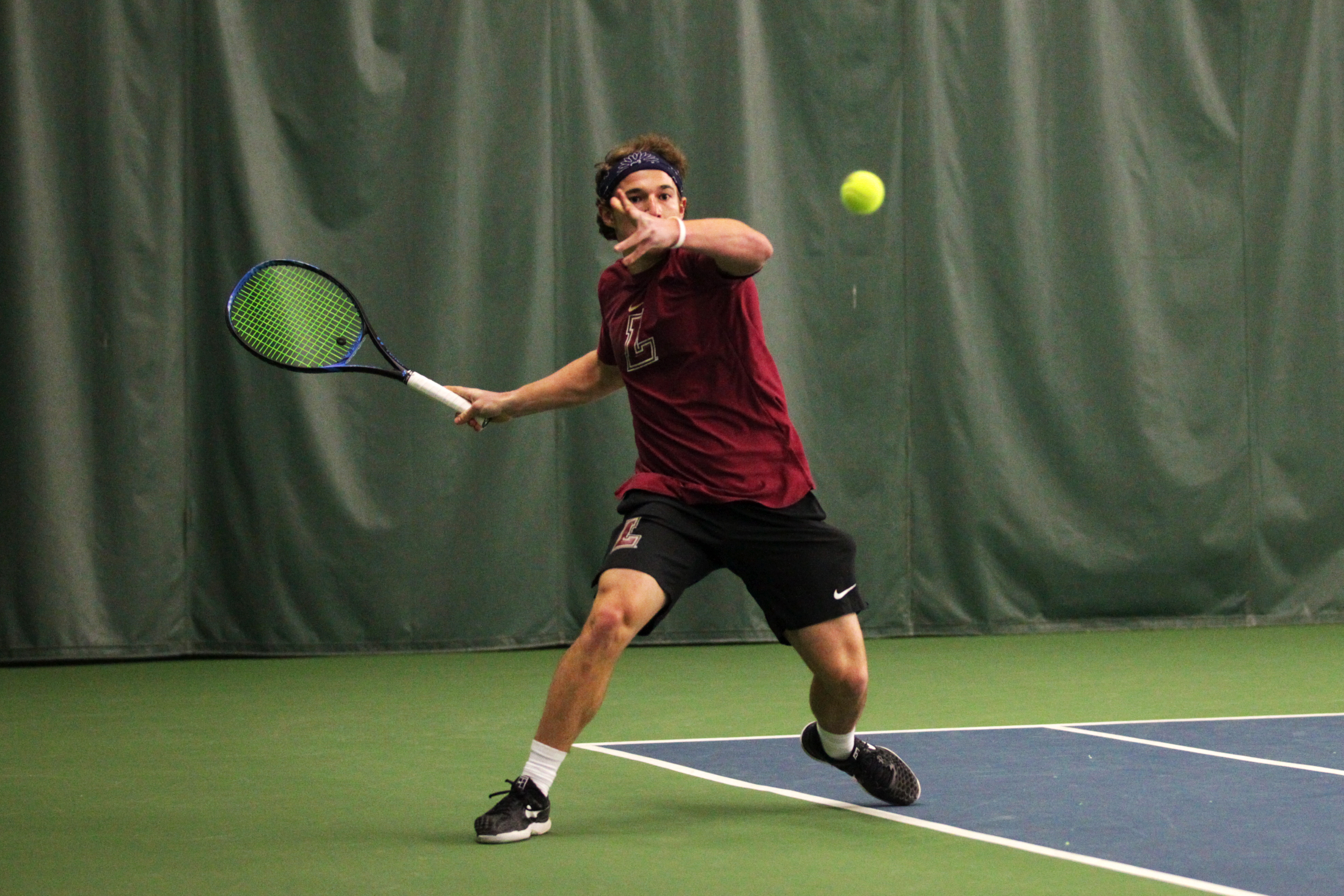 Men’s tennis broke through with a win over Holy Cross for their first in conference play. (Photo courtesy of Athletic Communications)

The men’s tennis team opened conference play last weekend in West Point, N.Y., with losses to Army and Loyola Maryland and a win over Holy Cross for their first Patriot League win of the spring season. During spring break two weeks ago, the team travelled to Hilton Head, S.C., for Spring Tennis Fest, and finished with a 1-2 record after non-conference matches with three other schools.

The Leopards lost 1-6 to both Asbury University and the University of Texas-Dallas on Tuesday, but then rebounded with a convincing 7-0 victory against Virginia Wesleyan University.

“Our team got a lot closer and had a lot of fun this past week,” said sophomore John Yurconic. “[We had] three good matches and we all saw improvement on games after the third match”

But the main take away from spring break for the team, according to Yurconic, is the three Patriot League matches the team played last weekend.

In their first game of the weekend set, the Leopards were defeated by Army 4-0.

“[The team] started slow and wasn’t too great,” said sophomore Dan Kramer. “Army was the 2018 Patriot League Finalist, we definitely learned a lot from it.”

The team bounced back to earn their first Patriot League victory that same evening with a 4-3 win over Holy Cross. After dropping the doubles point with two losses, the Leopards won four of their six singles matches en route to the win.

Yurconic performed well, outplaying his opponent in the first set 6-0 before sealing the match with 6-1 victory in the second set. Kramer defeated his opponent in a very close matchup, winning the first set 6-2, then falling short 6-7 (4-7 tiebreaker) in the second set before he came back to win the third set 6-2. Sophomore Brandt Baldwin and junior Paul Caruso also ended the night with singles victories.

In their final match of the weekend on Sunday, the team came up short to Loyola Maryland by a final score of 1-4. Yurconic and Kramer won their No. 2 doubles match, while freshman William Barry won 6-0, 6-3 in No. 1 singles to earn a team point.

“We have a very young team, which is promising for the future, and we will build on the successes,” said Yurconic. “Our goal this season is to make it to quarter finals, then we will most likely play the top seed. The goal is to make it as competitive as possible and seek a few wins.”

“We are hoping to use that experience to play competitive matches, [you] never know what could happen,” added Kramer.

The Leopards will hit the road for two matches against Colgate University and Boston University this weekend as they continue conference play.