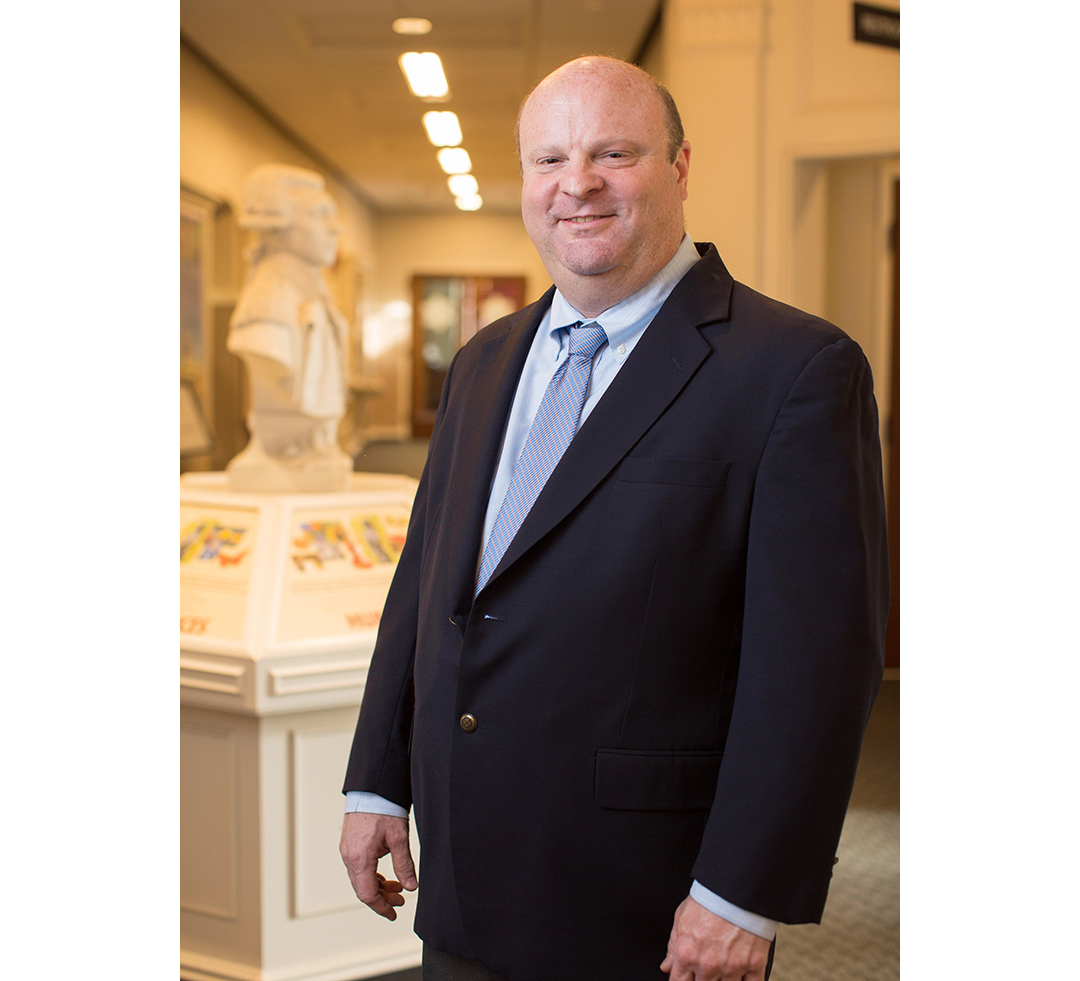 Money in college admissions is a hot topic at the moment — with the indictment of wealthy parents for bribing and cheating their children’s way into elite schools, some have pointed out the contrast between such crimes and the all-time high of student loan debt in the country.

In this societal context, Lafayette is working toward not having to take into account students’ ability to pay during admissions. The college is, in part, aiming to admit a more diverse range of students, socioeconomically speaking. As of 2017, the median income of a Lafayette student’s family was $205,600, according to a New York Times article. This puts 74 percent of students’ families in the top 20 percent of earners in the United States.

Forrest Stuart, newly appointed Assistant Vice President for Financial Aid, has been working to achieve the school’s goal of need-blindness in admissions by 2027. Stuart, who got his doctorate from Clemson University in higher education leadership, was appointed to his position in January, and is currently in his 30th year in higher education. He replaced former Director of Financial Aid Ashley Bianchi.

Stuart emphasized that, although need-blindness is the technical term, it may not be the best to describe the college’s aims. The goal of the college is to have a somewhat even distribution of income levels, and so the college “almost has to be a little need aware” to ensure diversity.

Both Stuart and President Alison Byerly noted that Lafayette students typically do not find themselves in a grave amount of debt in their post-graduate years. While the student loan debt crisis may be at an all-time high, Lafayette students typically don’t suffer from over $100,000 in debt as students at some schools might—Byerly estimated that students might graduate from the college with $30,000 or so in debt, which is more manageable with steady employment, although no debt at all would be ideal.

“Nationwide, quite a lot of student debt is associated with for-profit colleges,” Byerly said, “and students who receive degrees that don’t have necessarily the same value as the degree that we believe we offer here.”

Byerly said she had a call with Congresswoman Susan Wild early on Tuesday regarding financial aid, as the reauthorization of the Higher Education Act is on the table in Congress. Wild, who sits on the higher education committee in Congress, was curious to hear from Lehigh Valley colleges on questions like “affordability, debt” and other related issues. Byerly said she will be meeting individually with Wild this Monday.

“Students have always gone into debt to pay for their educations,” Byerly said. “What’s different now is that the levels of debt are excessive and that students often owe money to institutions that have not been able to provide them a solid enough foundation to guarantee they can repay that debt.”

As Assistant Vice President of Financial Aid, Stuart works at the strategic level to ensure that Lafayette reaches its goals. He said that his experience being involved in higher education associations, both scholarly and practitioner-oriented, writing on different topics within higher ed, and speaking with national representatives and senators on higher ed issues were the kinds of things the search committee was looking for.

Greg MacDonald, the Vice President for Enrollment Management, appointed Stuart after a search process was done by a search committee.

“With a very ambitious agenda to make financial aid a key component of our strategic direction, we needed a data driven thought leader and policy developer to shape our financial aid program for decades to come,” said MacDonald. “Forrest Stuart was the unanimous choice of the search committee, and we feel very fortunate that he chose to come to Lafayette.”

Stuart acknowledged Lafayette’s already established position in terms of financial aid, noting that the school is among a small group that meets 100 percent of a family’s demonstrated need.

“[It’s a] fantastic position to be in. Now the next logical step is…getting to a point where we don’t have to look at a family’s ability to pay to make the final decision on the last group of students,” said Stuart, referring to the college’s plan to be need-blind by 2027.

“As our applicant pool continues to grow fastest among high ability students with financial need, it is imperative that we have the financial aid resources to allow deserving students to enroll at Lafayette,” MacDonald added. “President [Alison] Byerly noted this shortly after her arrival here in 2013, and this is precisely the path we need to be on right now.”

Stuart said he is optimistic about the direction the school is going in addressing student debt, noting that Lafayette does not have the “exorbitant figures” sometimes highlighted in the media. He said that indebtedness is, on average, going down due to grant and scholarship money that Lafayette gives out. He also noted that the college’s default rate is “extremely low” compared to the national average for college students of 22 percent, according to CNBC.

“My philosophy here is that, if there’s a way for you not to go in debt, that’s what we’re going to suggest,” Stuart said.

The college is also looking at ways to communicate with students who do take loans out on annual basis to let them know where their indebtedness stands as well as give them an estimate of their monthly payment, so that it is not a surprise after graduation.

The strategic direction of the school in terms of financial aid is focused on the endowment, according to Stuart. He estimated that about 80 percent of the aid given out from scholarships and grants come from the school, as opposed to the government, which is the part that needs to be endowed.

Every year, Lafayette increases the aid budget to help bring the college closer to its 2027 goals, and, according to Stuart, fundraising is a large part of helping to increase that budget rather than just relying on tuition revenue and the operating budget.

Stuart also said that Lafayette is a “well-positioned” school in the marketplace. He noted that Lafayette is hard to get into and is a first-choice destination for many students, which are all positive indicators for the future of the college.

On Tuesday, psychology professors Angela Bell and Michael Nees held a lunchtime discussion about the issue of course material affordability and the ways in which it has impacted the Lafayette community.

In response, Stuart noted that Lafayette builds in an allowance for books in their cost for attendance, which counts as part of the demonstrated need of a student. While he noted that books are not as expensive as they used to be due to competition in the market, he stressed that he would learn more about the problem if there is one.

“I’d love to know more about [that group of students who can’t buy books because of income] because I need to understand if we’re missing something that we can address. I can’t promise a miracle, but let’s see if we can address it,” Stuart said.

Stuart noted his vision for the future of the financial aid office.

“If there’s one thing I want the financial aid office to be known for and that would make it unique… I want the culture of this office to be known as people who listen and build relationships and that’s with students, parents, alumni, faculty and staff. We want students to be able to just come out and chat…From the non-quantitative side of things, that’s what I want to be known for,” Stuart said.