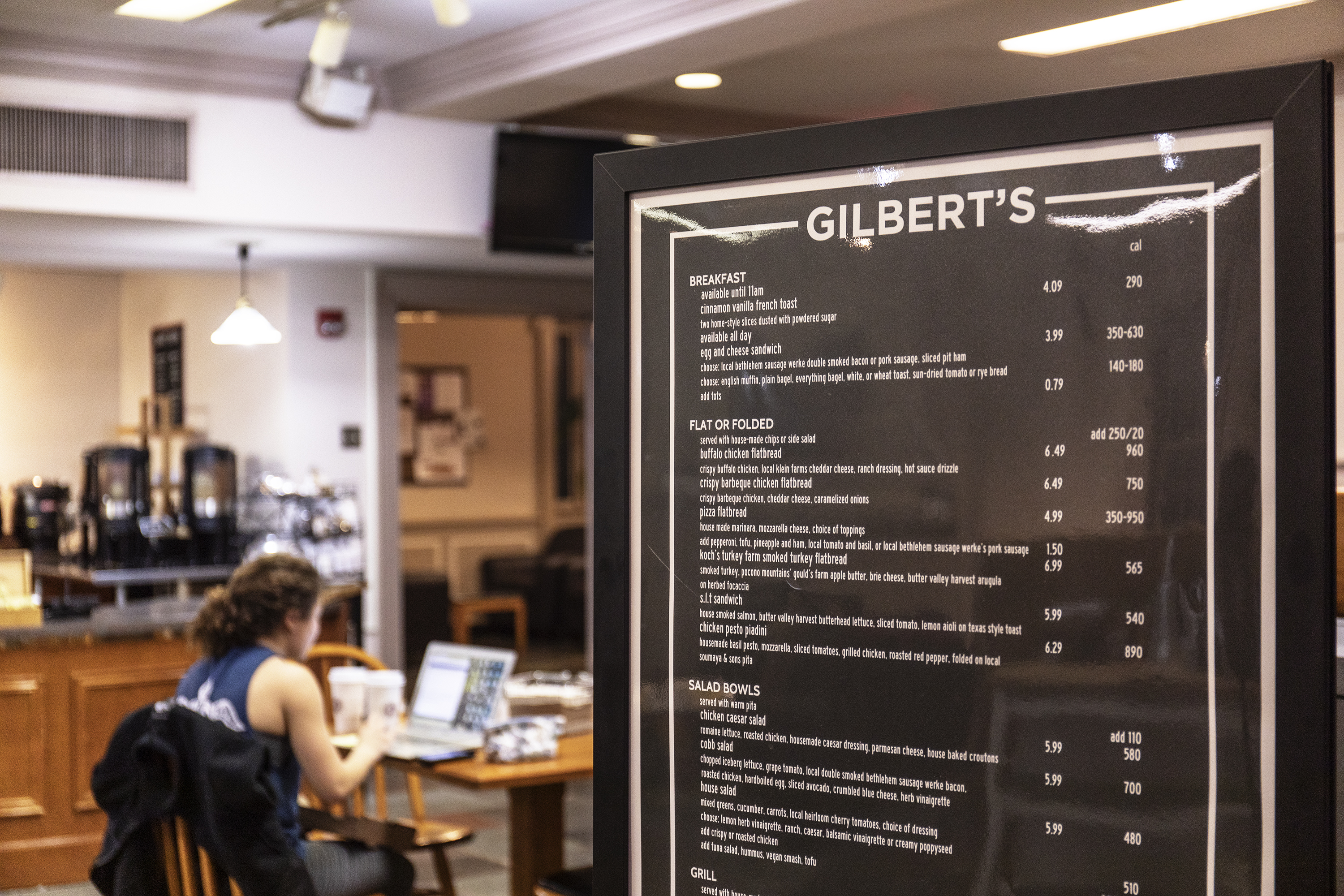 The violations at Gilbert’s and Farinon amounted to a few “soiled” apples and hand washing slip-ups by employees, but even these minor incidents resulted in violations deemed “critical.”

The inspection of the college’s dining facilities was conducted by Joe Gill, Chief Health Administrator for the Easton Bureau of Health, and Ted Veresink, Health Officer for the Easton Bureau of Health. Gill and Veresink conduct the health inspections for all food-serving facilities in Easton, Gill said. While the inspections formerly took place once per year, Gill said they have begun to conduct them semi-annually “to keep a better eye on things.”

Out of 57 possible violations on the inspection form, 28 are listed as critical. Several criteria must be met to avoid a critical violation: points to hit include “food obtained from approved source,” “food in good condition, safe and unadulterated,” “food separated and protected” and “proper cooking time and temperatures.”

Both Farinon and Gilbert’s received a critical violation because a “food employee [was] observed donning single use gloves without a prior hand wash.” Gilbert’s received a second critical violation because two “soiled” apples were found in a box of apples, according to the report on the PDA database. Corrections were made to these errors immediately, according to the inspection form.

Facilities that either receive three critical violations, or any combination of critical and good retail practices violations that add up to seven fail an inspection, or are found “out of compliance,” according to Gill.

According to Gill, the facilities receive feedback immediately after the inspections conclude.

“At the end of the inspection, I sit down with management and I tell them what I found in which facilities,” Gill said. “I don’t leave the facility until they understand what I found and what was wrong and what the corrections were supposed to be.”

“These facilities are huge, there are a lot of employees and a lot of food,” Gill said. “If I go in there and I don’t find any violations, they’re having a very good day. I’m going find something, it’s my job to find something.”

Gill said that “the key” is that he does not want to find repeat violations “over and over again” and said that this doesn’t happen with Bon Appétit.

“If I were a student at Lafayette I’d feel very safe about eating at any of the dining halls,” he said.

A disclosure note on the PDA’s food safety inspection database says that “any inspection is a ‘snapshot’ of the day and time of the inspection. An inspection conducted on any given day may not be representative of the overall, long-term cleanliness of an establishment.”

Bon Appétit, however, is adjusting its procedures and “training is being done at every point,” said Resident District Manager of Bon Appétit Carolyn Karwick in an email.