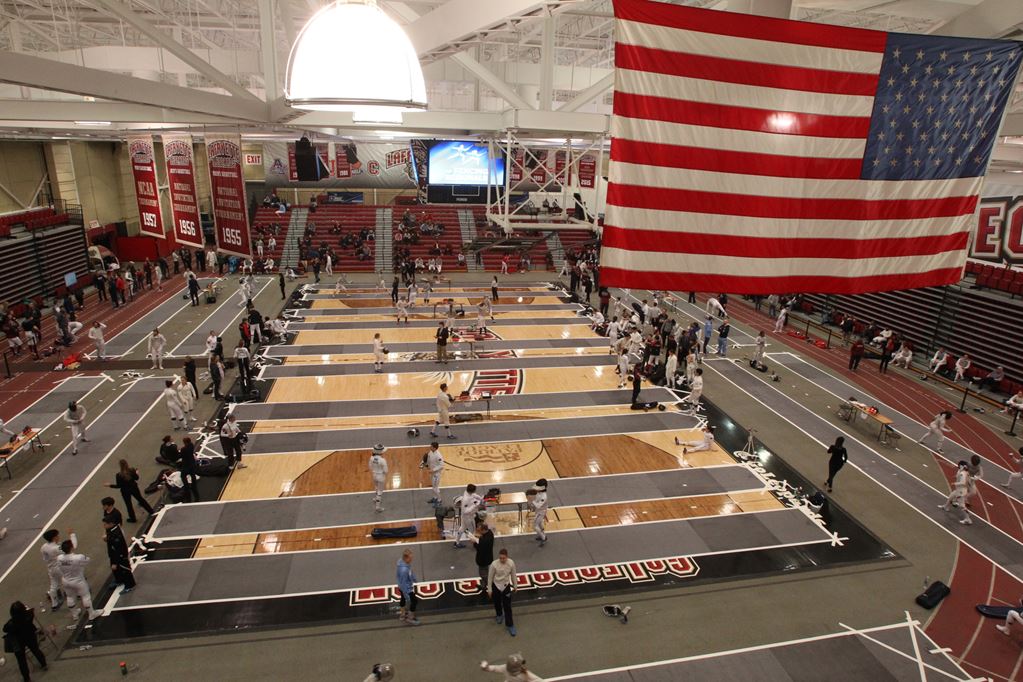 The Lafayette fencing team qualified five men and a women’s program-record six athletes for the NCAA Mid-Atlantic Regionals Championship, which was hosted on their home turf in Kirby Sports Center last Saturday. Lafayette was one of 14 schools competing at the meet.

The event comes after the Leopards finished in eighth place in the Mid-Atlantic Collegiate Fencing Association (MACFA), which consists of 15 teams.

“The Mid-Atlantic/South Region is one of if not the hardest region for college fencing,” said sophomore foil Bora Mutis.

“Having so many athletes qualify for [Regionals] in the first place is definitely a goal in itself and I can say with confidence that we will continue to have more fencers qualify in the coming seasons,” Mutis said.

Freshman foil Yiwen Cui had the best overall finish for Lafayette,  placing 29th in men’s foil and winning a pair of bouts. Many of the young players have made an impact during their short time with the program, as five of the six women’s qualifiers are freshmen, and two of the four men.

“Yiwen was injured and couldn’t fence during our conference championships, and was cleared just a few days before Regionals, so for him to do as well as he did was phenomenal,” freshman épée Sean FitzGibbon said. “In addition, he is another freshman, so he’s only going to get better.”

Following closely behind Cui was Mutis, who placed 33rd in men’s foil.

“My mentality going into the 2019 fencing regional event was the same for any other meet: be the better fencer on the strip,” Mutis said. “I always push myself to be quicker, faster, and smarter than my opponent. I make sure I am ready to respond to any of my opponent’s actions.”

“Overall, I am in a state of mind where I see myself winning every bout no matter who I am up against,” he added.

FizGibbon also had a strong performance in the men’s epee, placing 34th overall.

“Sean FitzGibbon was one of the most hard working athletes on the team,” Mutis said. “On plenty of occasions he would come into practice early to work on his footwork or blade actions as well as stay late after practice if need be.”

The other five qualifiers, who did not compete on Saturday, were senior foil Andrew Mange, and a quartet of freshmen including saber Carolyn Feigeles, épée Lily Manetta, foil Victoria Zay, and saber Elise Hummel.

As this was the last meet of their season, the team looks forward to preparing for their 2019-2020 season.

“Our next step as a team is to keep getting better,” FitzGibbon said. “We are committed to a more intense offseason training regimen than in past years. Some of the team practices at clubs and competes in USFA tournaments over the summer, including Summer Nationals.”

“Not a day goes by where we are not trying our best and always bringing the competitive nature to the strip,” Mutis added.