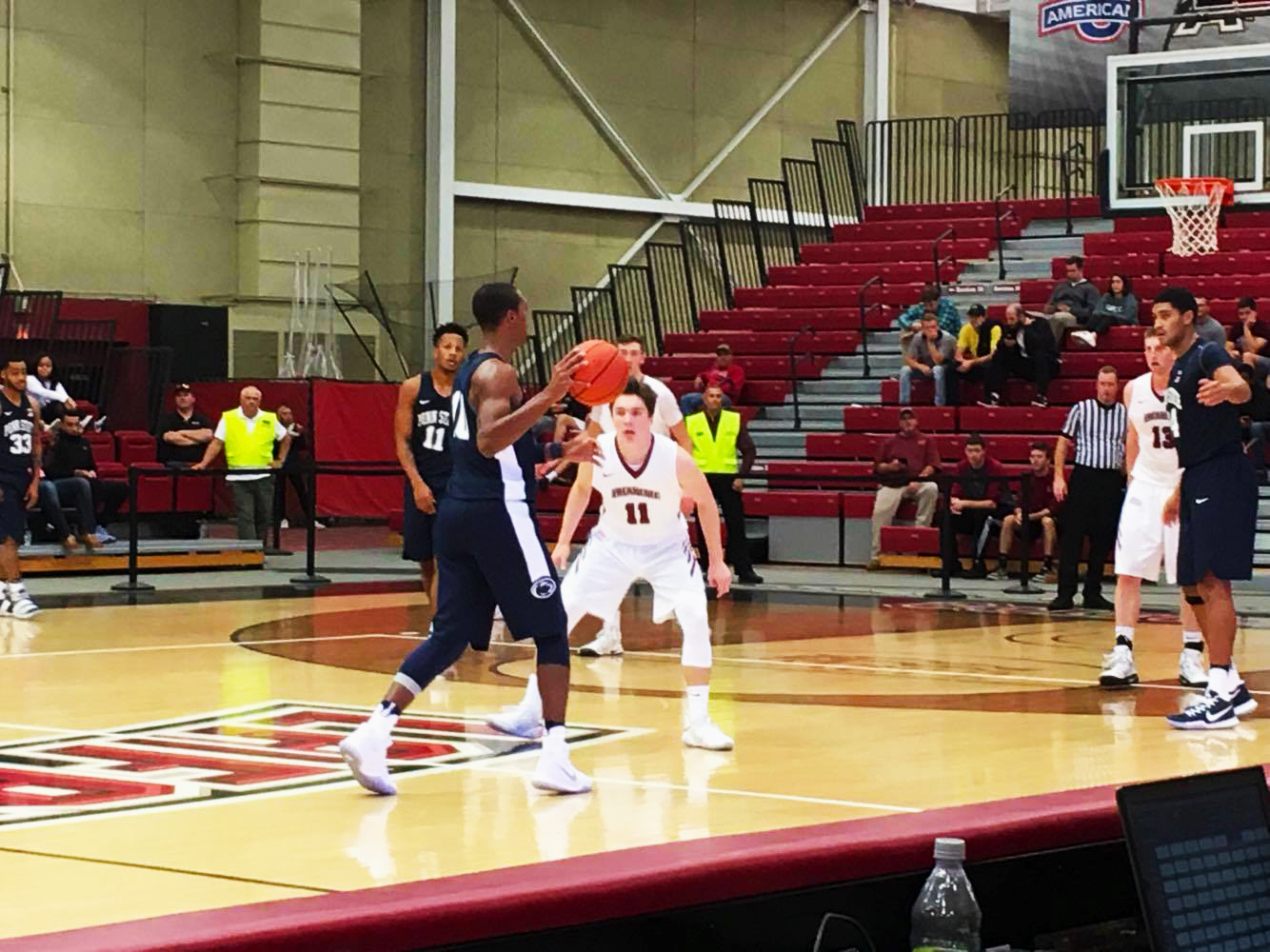 Sophomore guard Justin Jaworski was named to the All-Patriot League Third Team after shooting 48.8 percent on three-point attempts this season, the second most efficient mark in the country among Division I players.

Jaworski, nicknamed “Jaws” by his teammates, has evolved into a star for the Leopards. This past season, he led the team in scoring with 14.4 points per game, an improvement from his freshman year when he averaged 10.8.

Alongside fellow sophomore guard Alex Petrie, the duo averaged nearly 30 points a game, and helped lead the Leopards to the seventh seed and a home game in the first round of the Patriot League tournament. Despite being favored in their matchup with the Crusaders, the team lost a close 79-74 game which ended their season.

In addition to all of his achievements on the court, Jaworski has also been a standout student and was one of just five players named to the Academic All-Patriot League Team this year. Despite the rigors of a playing a Division I sport, Jaws has been able to balance it all.

Because he grew up in a competitive academic household, Jaworski says his commitment to his studies comes from his family.

“I just think that’s the way I was raised; all of my siblings have gone to college and they’re graduating with 4.0s and 3.8s, so it’s almost like a competition in our family,” he said. “I was raised to work hard in whatever you were doing.”

Despite his academic and basketball success, Jaworski received just two offers to play Division I basketball; one from American University and the other from Lafayette. He received both offers in March of his senior year, uncharacteristically late in the recruitment process.

Jaworski credits his parents for developing his love of the game of basketball from an early age, and a former trainer for helping him reach the next level.

“My parents [got me started with] basketball when I was in five,” he said. “Then I met one of my trainers, Dennis Stratton, and he told me that if I wanted to be serious about basketball, I had to put the work in, that I had to take it seriously.”

“From that point on I was waking up before school everyday, playing with my dad, shooting in our driveway,” Jaworski added. “By seventh grade, I got my first YMCA membership. I went everyday, always working out.”

From his early passion for the game of basketball, Jaworski evolved into a four-year member of the Perkiomen Valley varsity basketball team. After a limited presence his freshman year, he became a vital member of the team including leading the program to back-to-back championship game appearances.

In his junior year, Jaworski capped off his first championship appearance by hitting what should have been the game winning shot with the score tied and mere second left on the clock.

As soon as Jaws’ shot fell into the net, practically securing the championship win, the student section stormed the court in celebration. But there was still time left on the clock.

As a result of the student sections’ premature celebration, Perkiomen Valley was assessed a technical foul resulting in two free throws for the opposing team. After two made free throws to tie the game and send it to overtime, opponent Spring-Ford would go on to win in the extra frame.

After a high school rivalry with Spring-Ford, a familiar foe has manifested itself in the form of another Patriot League team during his time with the program.

“Everyone loves to say Lehigh because that’s the rivalry,” said Jaworski. “But right now Bucknell’s playing for their third straight championship, and they beat us up a little bit this year, so going forward, I’d like to see us give them a better game.”

Jaworski has two years remaining at Lafayette, and says he hopes to continue to make a name for himself within the conference and the league. The reasons behind his favorite superhero connect to what he has been able to accomplish so far in his basketball career.

“Iron Man’s my favorite superhero, because he doesn’t really have any real super powers, and he kind of made himself, which I respect,” he said.