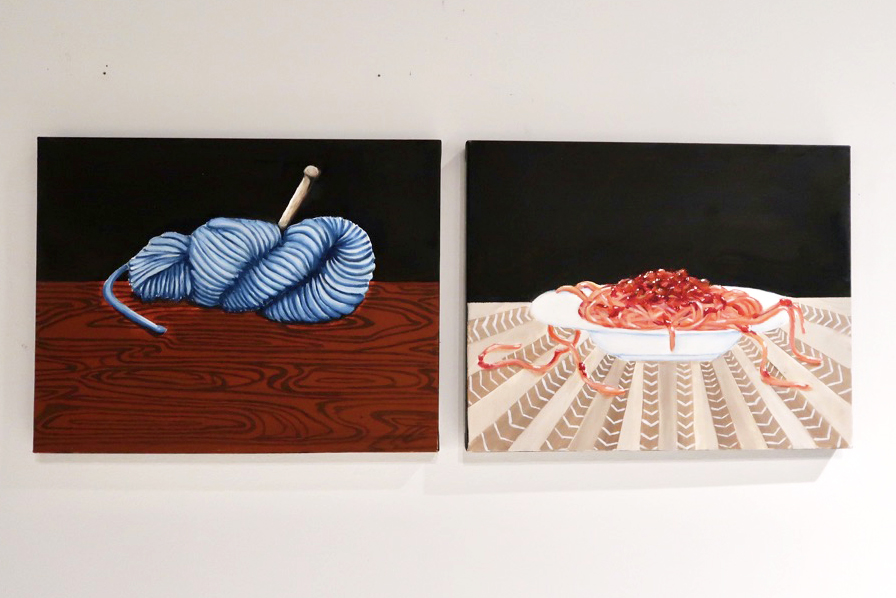 In the world of higher education, coloring isn’t a subject often discussed. However, Julia Crawford ’19 thinks stressed-out college students could benefit from practicing more of it.

A double major in art and psychology, Julia Crawford ’19 is connecting the two disciplines in her senior honors thesis. Crawford’s thesis centers around how the act of coloring may serve as a coping mechanism for dealing with stress.

For the purpose of her thesis, Crawford is not considering coloring to be art, but rather a means of “creative expression.”

“If you’re an actual artist, and any artist you ask, knows that art-making is stressful,” Crawford said. “[For my thesis], I had to explicitly say that this is coloring, not art, because art-making is stressful. Coloring and just removing the creative freedom by just filling in boxes is relaxing because you get to step back from having control.”

She said the inspiration for the study came in part from the “juxtaposition” between art-making and coloring.

“I find the juxtaposition interesting between art-making and coloring and how one can be so stress relieving and one can be stressful. It had always just kind of been on my mind,” Crawford said.

For Crawford’s study, for which she received a grant from the Academic Research Committee, she utilizes the exam schedules of 18 course sections and the students in those courses across the natural sciences departments.

For each class section she has, Crawford splits the students that signed up to participate into two groups. Students in one group are asked to color for three days in a row for approximately 10 minutes per day in the four days leading up to an exam, while students in the other group are directed to color for 30 minutes in one sitting in the four days leading up to the exam.

Crawford chose to have her participants color in mandalas, which are geometric figures that represent the universe in Hindu and Buddhist religions.

Crawford is considering different variables in her study, which she will finish conducting on March 15. For example, she is looking at whether or not coloring works as a stress reliever for student athletes or people who exercise often, an activity that also relieves stress. She is also considering different types of stress that people have.

Her hypothesis is that people who are more “high strung” and “always stressed out” are more likely to benefit from “a little bit of daily practice” whereas people whose stress “spikes right before an exam” will benefit more from coloring in one sitting to calm down.

“I knew I wanted to do something with art and psychology because I just think the creative process is really linked to psychology,” Crawford said.

Crawford’s art background is in oil painting, she said. Last semester, she completed a series of paintings for her studio art capstone. While the course is extended to the spring semester for thesis students, Crawford decided to do her thesis in psychology because it “overlaps with art-making.”

Her painting series, titled “Family Portrait,” “harked back on the tradition of portraiture,” she said.

“I wanted to take my family members and literally objectify them…[The paintings] are in these [diptychs] to describe the relationships of who the family members are,” Crawford said.

Each subject Crawford chose for her series represents a hobby or behavior of a family member. For example, a painting of a propeller plane represents her father, who she said “propels” her and her siblings to do whatever makes them happy in life.

To represent her younger brother, who is seven years younger than her and has autism, Crawford painted a bowl of spaghetti. She said the spaghetti is meant to symbolize how she “nourished” him growing up.

“[The capstone series] really has nothing to do with my thesis other than the fact that it just permanently solidified the thought in my head that art-making and coloring are such different processes psychologically. For me to just even conceptualize what objects I wanted my own family members to be [was hard],” she said.

In terms of whether Crawford will go the art or psychology route after graduation, she said she has made travel plans based on art and architecture she wants to see in places, including Japan.