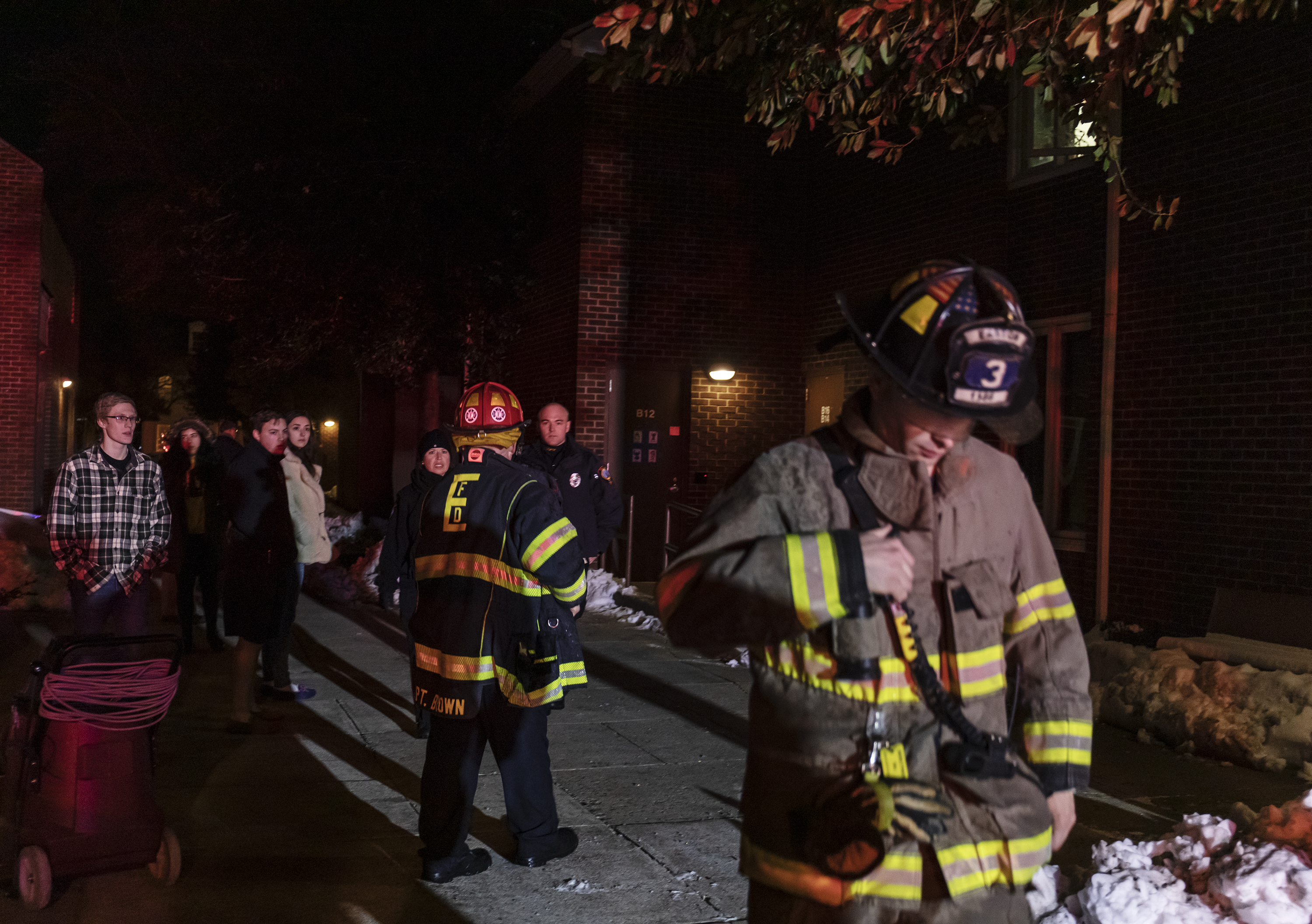 At about 9:46 p.m. Wednesday night, the Easton Fire Department responded to a scene at Watson Courts, where one sprinkler head had been set off by high heat conditions, according to Chief Mike Krill of the fire department. There was no “active fire upon arrival,” Krill added, but there were “light smoke conditions” in the building.

A fire engine and two firetrucks were on the scene Wednesday night at about 10 p.m., as well as two Lafayette College Public Safety vehicles.

The smoke originated from a fire in a small plastic garbage can in one apartment. Only one sprinkler head that was exposed to the high temperature of the fire went off, and Krill said it’s a common misconception to think that will automatically set off other sprinkler heads—that is not the case.

“There was a light smoke condition in the building and the fire department evacuated that smoke and cleared the scene,” Krill said. “The fire alarm was activated and I’m sure the building was evacuated.”

He added that five units from the fire department responded to this incident, totaling 10 responding personnel. No injuries were reported as a result of the incident.

The investigation into what caused the fire is ongoing, and Krill said it’s a “general policy” that the department does not speak on the details of an investigation until it’s complete. He was unsure as of deadline whether or not Lafayette College Public Safety and Easton Fire Department were working on the investigation together. Director of Public Safety Jeff Troxell did not immediately respond phone calls requesting comment.

He did not have information if the students housed in the apartment where the fire took place had been relocated.