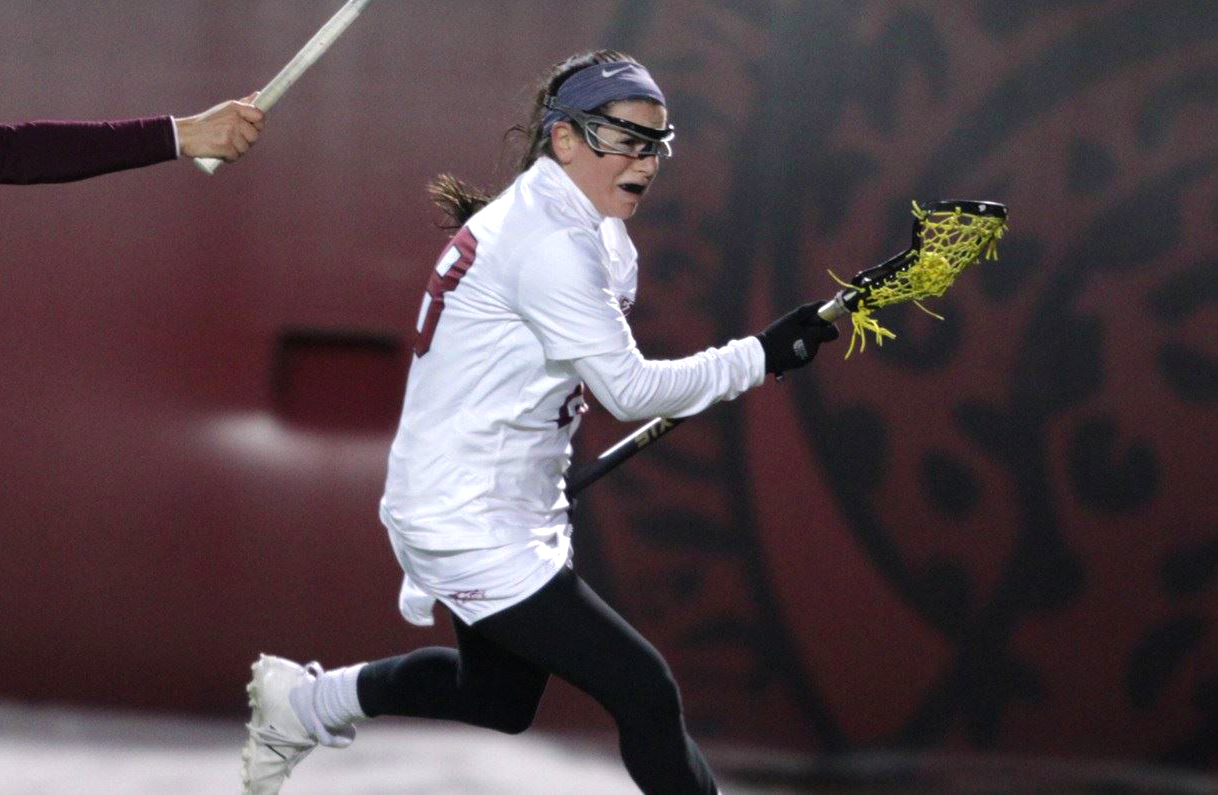 Women’s lacrosse suffered a setback as their undefeated season ended in Manhattan in a close game. (Photo courtesy of Athletic Communications)

The women’s lacrosse team travelled to Manhattan College last Saturday and were defeated 9-7 in a close defensive battle. It was the Leopards’ first loss of the season. The team’s record now sits 3-1 overall, with their first conference game coming up in just a week.

“The fact that we opened this season with three convincing wins has definitely given us a confidence that was not always present last season,” said senior attacker Emma Novick.

In the low-scoring game, senior midfielder Hannah Davey recorded a game-high six draw controls and grabbed three ground balls and forced two turnovers. Davey also added a pair of goals and an assist in the game.

Despite keeping the score close, the Leopards were unable to hold on by the end of the game after being outscored by one in both halves.

“Going into the game, we knew Manhattan was well-coached, disciplined, and successful in following their game plan,” Novick said. “Therefore, we knew we had to play to our strengths, use our athleticism and execute in order to pull away from them.”

The two teams alternated goals throughout the first half, with Manhattan holding a slight 5-4 advantage at the break.

Novick assisted on the last goal before the half, buried by Davey, and then started off the second half with the first two Leopard goals to keep the score close. The last goal of the game for Lafayette came courtesy of junior attacker Jen Rowan on an assist from Davey, tightening the gap to a 9-7 deficit that would hold for good. The goal was Rowan’s first of the season. Manhattan’s defense held strong and did not allow another goal in the final five minutes of the game.

Between the pipes, sophomore goalie Quinn Lacy played every minute of the game and saved seven of the 16 shots on goal.

Lafayette held a 19-23 advantage in turnovers, attempted more free-position shots, 5-3, and scooped 30 ground balls to the Jaspers’ 27. The teams tied in draw controls with nine, and Manhattan slightly outshot the Leopards, 26-25.

Davey, Kirby and Novick have been strong offensively all season, combining for 33 of the 52 Lafayette goals. With the trio accounting for six of the seven goals in the Manhattan game, their  scoring prowess continues to provide an offensive boost for the team.

“Overall, we have learned to take advantage of our experience and team leadership,” said Novick. “We are so lucky that we have eight seniors that can be relied upon in pressure situations as well as talented underclassmen.”

Next up for the Leopards is a home game on Saturday against St. Joseph’s University with opening face-off scheduled for 4 p.m.