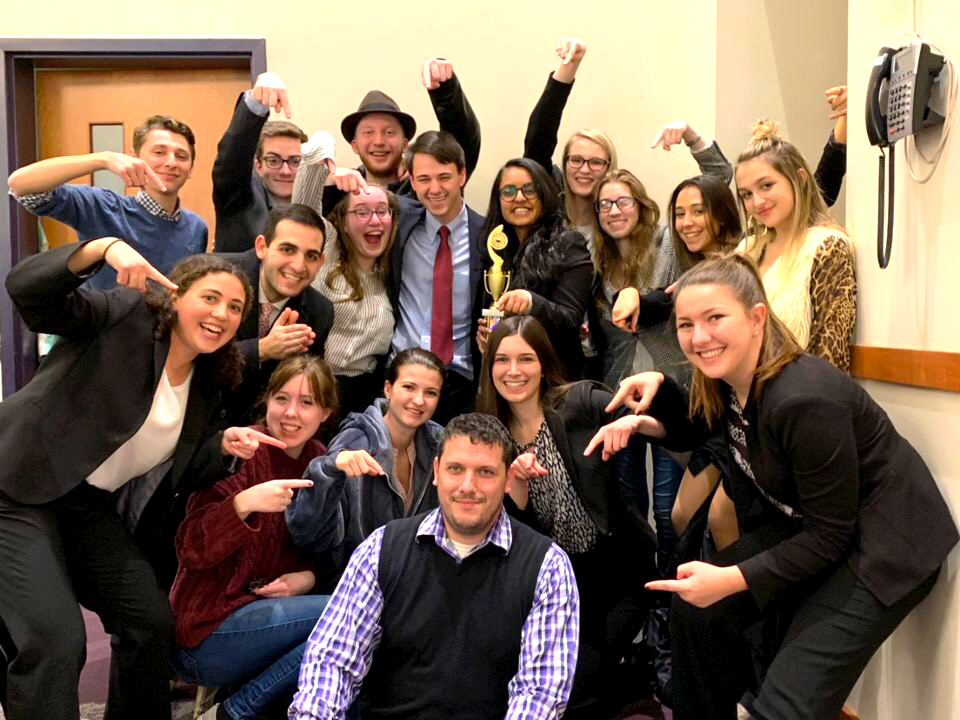 The mock trial B team received a bid to attend ORCS, the next round of competition, at the regionals tournament last Sunday. (Photo courtesy of Aaron Freedman ‘15)

Lafayette’s mock trial B team doesn’t have the experience of the A team, as they’re the younger group of the two, but last Sunday, they carried the squad one step closer to the national championship.

Last Sunday, both the Lafayette A and B mock trial teams attended one of the American Mock Trial Association’s (AMTA) regional tournaments. While the A team did not receive a bid to attend the Opening Round Championship Series (ORCS), the last round of competition before the national championship, the B team did receive a bid.

“The second they called out our team name I started sobbing…I was just so proud. I couldn’t believe it,” B team member Becca Scott ’22 wrote in an email.

Leading up to regionals, the team prepared by “running the case as many times as possible” and “getting as much feedback as possible,” B team member Will Bennett ’21 wrote in an email.

“The A team and B team are both very talented,” Freedman added.

“[Both teams] are competitive teams this year, which is something that hasn’t necessarily been true in the past,” said A team member Tedi Beemer ’20.

While the B team got the bid, the team going to ORCS will be made of A team members and some B teamers.

According to Beemer, the A team faced difficult opposing teams right away, which prevented them from coming away with a better overall result. However, after making it to the national championship last year, the team is looking to “recreate that success” this year, Beemer said.

Agarwal competed for the B team at regionals and has chosen to compete at ORCS as well. While Agarwal has previously participated in trials as a lawyer, she will play a witness at the ORCS tournament.

“That’s a lot less time that I have to devote, so I decided to go. I was going to go anyway to watch and learn because…having that experience of seeing really good teams at ORCS is helpful,”Agarwal said.

After going to the national championship last year, Beemer said members of the team have a “much better idea of what we’re going to be going against.”

“I would say that what the team learned [last year] is really how to compete at the highest level, and what it takes to get to that point and what goes into succeeding,” Freedman said.