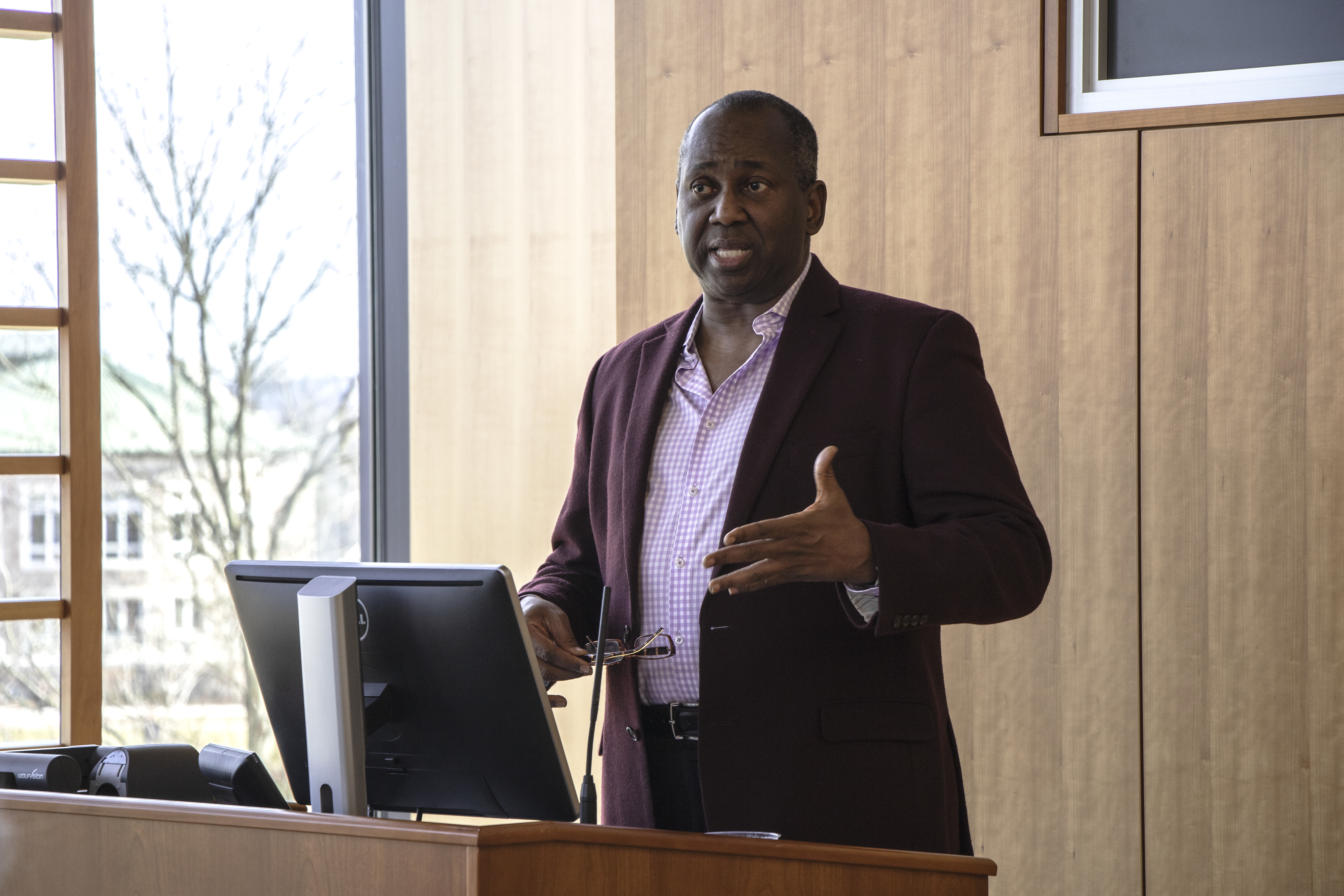 This past week, English Professor Ian Smith orchestrated a symposium on a previously taught class of his, Black Shakespeare. Smith described the course’s aim to acknowledge that there is evidence of blackness in Shakespearean plays, adding that the class aims to “slowly, carefully make those [ideas] visible so we can begin to see them,” he said in an interview.

Generally speaking, the question of the class is “is there race in Shakespeare?” In high school, one of the main places in which students dive into the works of Shakespeare, students hardly ever think about race while reading his plays, Smith said.

Therefore, Smith said that his own work pushes forward the question of whether there is race in Shakespeare to “not just be a theoretical question but it becomes a sort of practical question that even at the level of high school teaching it becomes [something to consider and not have students] wait until they get to college or graduate school.” Otherwise students would always read Shakespeare’s many plays as solely white, he added.

Although he admitted that there are obvious black characters in plays such as “Antony and Cleopatra” (1606),“Othello” (1604) and “The Merchant of Venice” (1605), it doesn’t mean that other plays don’t have aspects of race people tend to overlook due to “racial blind spots,” as he put it.

“Beyond that, what [I’m] trying to talk about is: are there other signs of race, in terms of blackness, that we have missed in those plays?…Why have we missed them, why have we not been able to see?”

Another reason why readers of Shakespeare may not have noticed the presence of race is due to ideologies of whiteness not being noticed in texts. Thus, white becomes the default race of any given character whose racial characteristics are not pointed out or described.

“The ideas that are dominant in a society, that we no longer question…they seem as natural as the air we breathe. But when we question something, that’s when we make it visible, and therefore subject to reflection and critique and change,” he said.

“That’s why whiteness has remained invisible since its not subject to question [and] critique…And so ideology is about the dominance that then becomes unmarked, so we don’t question it,” he added.

In other words, he stated that whiteness goes unnoticed in texts because society has been ideologically trained to “think about Shakespeare in a particular way. That Shakespeare is elite, largely populated by white characters and made for white audiences.”

Additionally, Smith said he believes that “race is an act of reading in society.”

He further explained this by stating that this idea has two main parts: the way in which society looks at the black body and assign “meanings” to them, and the way in which people in our society read texts.

“So we’re looking at some bodies and think of it as a material presence and we’re seeing…dark skin and then we assign meaning to that dark or black skin,” he said adding that one can classify the act of stereotyping black people as an act of reading.

People read “the human body by saying, ‘that black skin…comes already coded with certain meanings, which I’m just going to reproduce and replicate because i’ve been taught all along that [that’s] how I should read that body.’”

The second part of reading as an act of race, Smith explained, is “the skill of reading prepares us to do the kind of work that’s involved in reading the human body better.”

“We live in the 21 century where questions of diversity and multiculturalism and race and politics and gender and sexuality…are…things that students in the first century are impacted by, it’s what they contend with as part of their daily experience,” he said.

Smith added that a Black Shakespeare class allows “students to see themselves in the work, and the work can make demands on them,” meaning that when students finish reading a piece of work, they should “leave the classroom thinking: what does this [text] ask me to do? How does it challenge me to be a different, better person? How is this asking to engage in some sort of reflection that might lead to change…[and] practical activism in the world.”

Just wish to say your article is as amazing.The clarity in your post is simply cool and i can assume you’rean expert on this subject.

Thanks for this great article. Prof. Smith is coming to D.C. to talk about reading Shakespeare while white, and your interview with him was clear and informative. Looking forward to his upcoming lecture at the Folger.